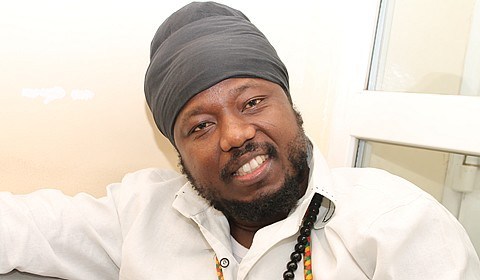 Ghanaian reggae musician and radio presenter Blakk Rasta has called on all African countries to close down South African embassies and missions as part of a protest against the xenophobic attacks on foreign nationals in South Africa.

According to Blakk Rasta, the attacks are likely to recur unless strong measures are taken by other African countries.

The re-emergence of xenophobic attacks in South Africa have resulted in the destruction of several businesses belonging to black foreign nationals.

Others have locked themselves up in their homes and are unable to go about their normal business activities for fear of being attacked.

Speaking on the Big Show on Class 91.3FM hosted by Nana Kwasi on Saturday, 7 September 2019, Blakk Rasta said: “It is very sad that we are having this. I think we have to take a decision to be bitter enough to stand against this nonsense that is happening in South Africa.

“Until we take stringent measures, it is going to continue like this. All the countries in Africa should ban the South African embassy. The ambassadors should go home; back to Johannesburg and rest.

“All businesses that belong to South Africans in other African countries should pack. It’ll continue like this if we don’t take these measures.”

Kesse advises Efia Odo on how to live a more Christlike life, Efia Odo fires back

What a time to be an African! On the back of a successful Global Citizen Festival in Accra, and a visit of  Recording Academy CEO, Harvey Mason Jr to Ghana, his first trip to West Africa, it appears that Afrobeats may soon get its individual shine at the Grammys! END_OF_DOCUMENT_TOKEN_TO_BE_REPLACED

The School of Graduate Studies of the University of Professional Studies (UPSA) has honoured Ghanaian musician, Rebecca Acheampong known popularly as Becca for her outstanding academic achievements. END_OF_DOCUMENT_TOKEN_TO_BE_REPLACED

Platinum selling artist, KiDi has reacted to the resurfacing of his old tweets on the social media platform. END_OF_DOCUMENT_TOKEN_TO_BE_REPLACED