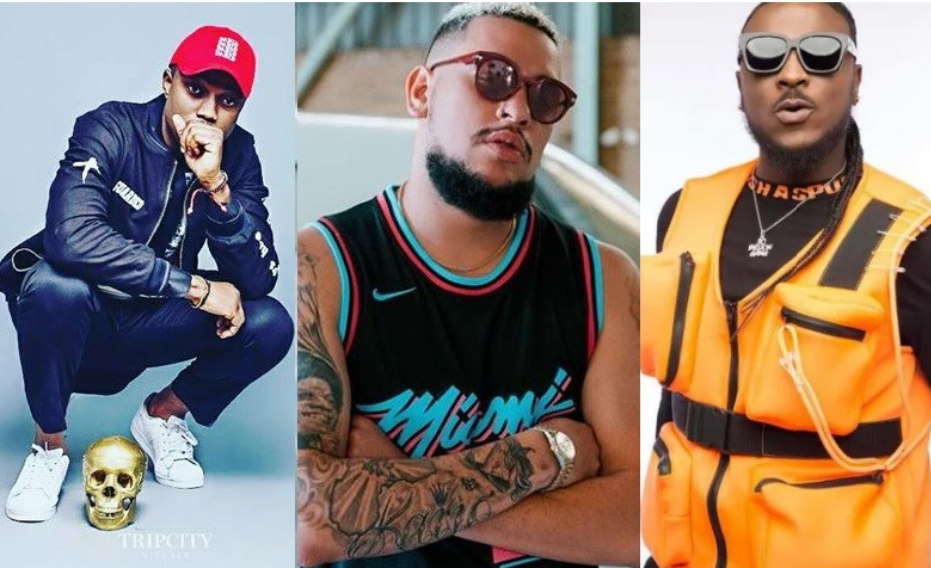 Some Nigerian artistes are unimpressed with the manner at which South African rapper, AKA has been reacting to the news on the recent xenophobic attacks on Nigerians and other foreign nationals in his country.

Nigerian rapper, Ycee and South African hip pop star, AKA went at each other on Twitter over the recent xenophobic attacks on Nigerians in South Africa.

During the exchange between the pair, Ycee shared old tweets of AKA reacting angrily after Nigeria knocked out South Africa from the 2019 African Cup of Nations in Egypt.

While replying a Nigerian Twitter user who challenged him over the attacks, AKA replied: ‘Cancel us then. We’ll stay here in Sandton and suffer.’

His comment attracted a response from Nigerian rapper, Vector and singer Perruzi, who told him to “STFU” (shut the f**k up)…

However Nigerian rapper M.I came to his defend AKA

Also.. I can speak honestly in saying my bro @akaworldwide loves Nigeria.. taken out of context his tweets can be misinterpreted.. however he loves and respects Naija!!!

Although Burna Boy came back and hit harder at AKA and M.Ifor defending him

And @MI_Abaga it’s Fuck @akaworldwide from now on. And if you down with him, it’s Fuck you too. I respect you too much, please Don’t throw my respect out the window cuz I swear you will fly out with it.

Other Nigerian celebrities have been speaking against the attacks.

Continue Reading
Advertisement
You may also like...
Related Topics:Xenophobic Attacks