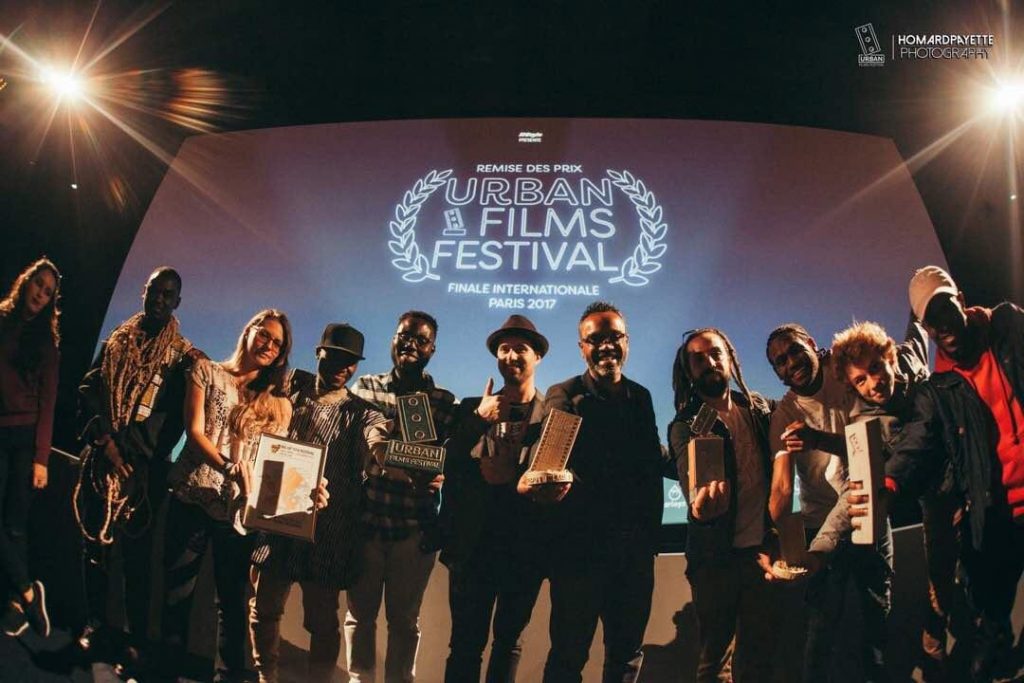 Yaw P and Temple win Best Film from Africa at Urban Film Festival[/caption] Two Ghanaian musicians Yaw P and Temple recently produced a short documentary, titled Acropolis, directed by Breadnyf of Third eye production. The film was based on their 2016 released EP music project also dubbed Acropolis and recently won a Best Film Award at the Urban Film Festival. The documentary takes you behind the scenes and walks viewers through the creative process, influence and other enlightening factors that gave life to their music. The documentary won the overall BEST FILM from Africa out of over 40 entries and was part of the 40 films out of 500 films selected worldwide to compete at the final show in Paris. An international gathering of urban film and film industry experts sharpening skills of young filmmakers while allowing them to showcase their masterpieces. https://www.youtube.com/watch?v=TFzlkJA0k6c&feature=youtu.be Acropolis will give rise to more creative music in Ghana and Africa as a whole, which will encourage artists to take unconventional approaches to gain exposure for their art. The EP project produced in Ghana, birthed the Acropolis documentary. It is a vibe; a fusion of genres circulated for the world, totally disparate from the usual way music is expressed in Ghana.   https://soundcloud.com/temple_gh/sets/temple-x-yaw-p-acropolis-ep   http://itunes.apple.com/album/id1166683715 “Ghanaian music has a void and lacks a sense of direction, thus the need for something new, a unique sound with authenticity. The reason for Acropolis,” says Yaw P.   The artists shared, the Acropolis project is for everyone and is purposed to push the concepts in their music videos along with an overall promotion of the songs, artists, brand and Ghanaian culture.   The Acropolis concept, is an organic piece of art with a quest to push the envelope on how art is expressed. The artists plan to release Acropolis II in the near future. https://ameyawdebrah.com/potato-potahto-finally-heads-african-cinemas-premieres-nigeria-south-africa-ghana/]]>

The Future Awards Africa calls for nominations for Ghana Version

Burna Boy has revealed in an interview that American R & B star Toni Braxton gets 60% of the royalties of his last single ‘Last Last.’ Burna Boy made this revelation when answering questions of how the single came about while appearing on a podcast. END_OF_DOCUMENT_TOKEN_TO_BE_REPLACED

Ghana have been banned from competing in the next two editions of the FIFA U17 Women’s African Qualifiers and fined $100,000 by the Confederation of African Football. END_OF_DOCUMENT_TOKEN_TO_BE_REPLACED

Although the music industry in Ghana is heavily dominated by males, there are a few young women, pulling their weight, and rubbing shoulders with their male counterparts. END_OF_DOCUMENT_TOKEN_TO_BE_REPLACED

Chris Fonye popularly known as “Hydraulix Fonye” is a Ghanaian producer, sound engineer, songwriter and singer with a vast experience in the Ghanaian entertainment industry. END_OF_DOCUMENT_TOKEN_TO_BE_REPLACED

Although there may be hundreds of afro-beats artists in the country, Highly Spiritual Music signee, Lasmid believes he is unique. END_OF_DOCUMENT_TOKEN_TO_BE_REPLACED