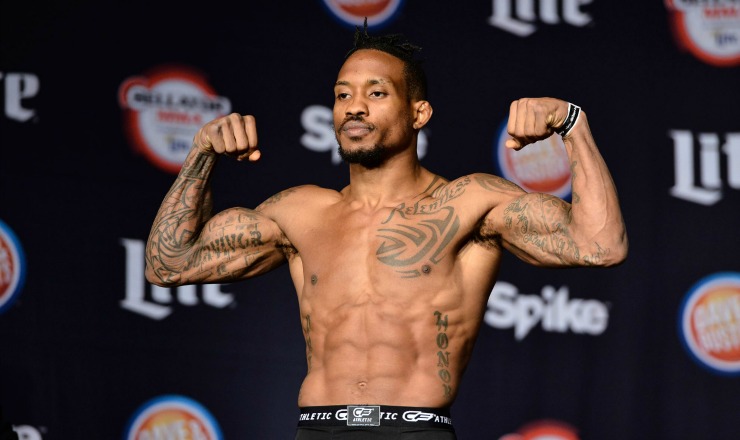 American mixed martial arts brave combat confederation world champion Bubba Jenkins is expected to touch down in Ghana on Monday for a week-long activity to celebrate his “year of return” participation.

The reigning brave combat champion, who has traced his roots back to this Nation [Ghana], is set to visit and reconnect with his “Lost” Heritage.

His great grandparents were part of the slaves taken from Ghana, worked hard and bought themselves out of slavery to be “Free-Men” in America. His dad who was also a Christian missionary came to live in Ghana; Nungua to be precise until his passing. It is due to these facts about his family history that’s why he is coming to Ghana. He wants to reconnect himself to the land where most of his family members have lived before.

Mr. Jenkins upon arrival would embark on several activities which include, a courtesy call visit on the Nungua Mants3, The chief of the town where his father lived. He will also visit the Forts and Castle in Cape Coast to learn more about Slavery and what happened on this side [Africa]. His other agenda for coming to Ghana would be to advocate for the MMA sport in which he has achieved many successes and if possible ignite the passion for future MMA superstars to emerge from his home country Ghana.

His record as an MMA fighter is 14 wins, 6 of his wins came by Knockout, 3 came by submission and 5 came by way of unanimous decision.

Watch his announcement below.

SM fans you have new fan from the USA 🇺🇸 👊 🔥 pic.twitter.com/HdIG5jMxy5

Continue Reading
Advertisement
You may also like...
Related Topics:Budda Jenkins