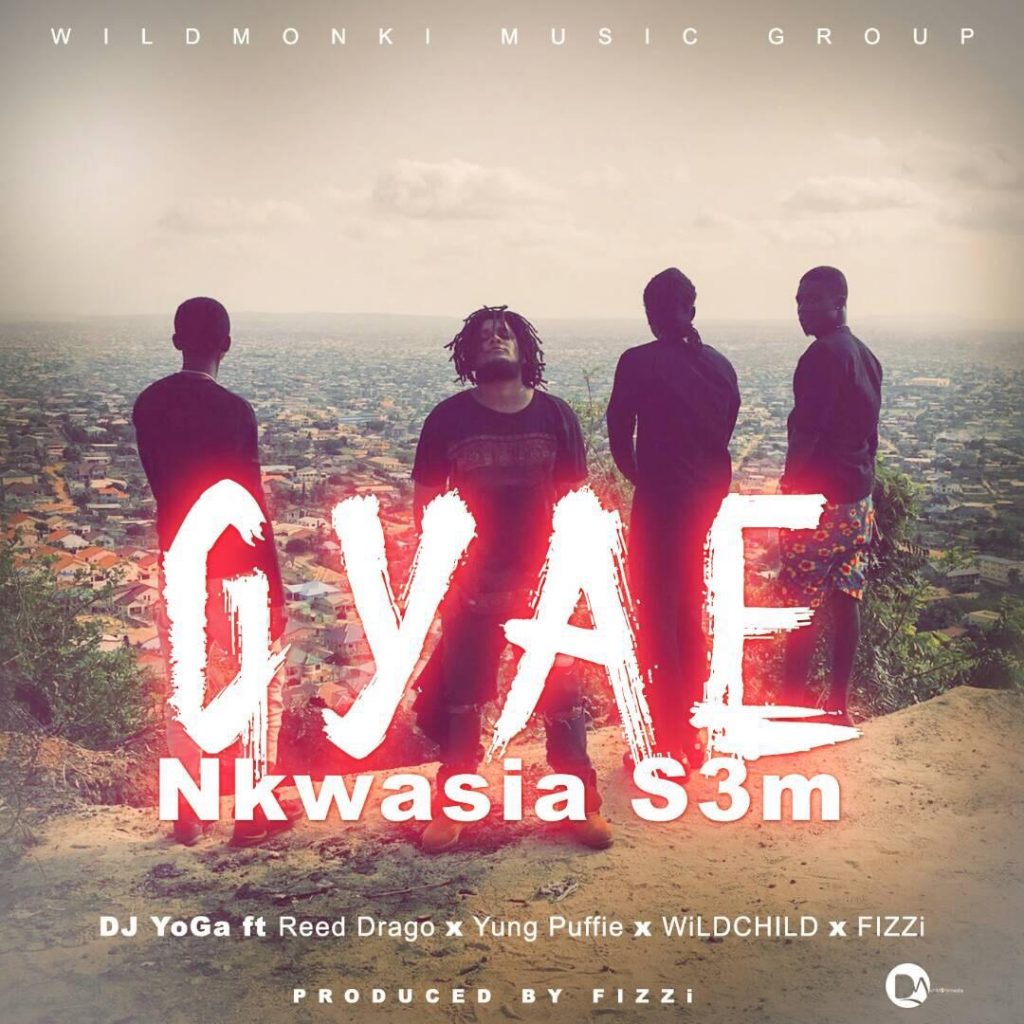 Radio DJ/Music Producer on Zylofon FM and Vice President of WiLDMONKi Music Group has sent a message to the Youth to restrain from Kofi Mole “Crackheads in the Building “ agenda and rather focus on how to make money and build themselves into greater beings on his Latest Afrotrap Single Titled ‘Gyae Nkwasiasem’. DJ YoGa who has been on #StopKofiMoleNow Campaign on Social Media said he met a 13 years young boy in Achimota ,a suburb in Accra who spoke of an artiste called Kofi Mole he had mad Love for his music,He had never heard of the name so he quickly went online to look him up since he appreciates arts so much but upon his research , he didn’t like Kofi Moles message in his music,he quickly recalled seeing his face in Kwesi Arthur’s Grind day remix video,He then decided to give Kofi Mole’s Music some attention and upon his research he found out that Kofi Mole Music is only here to destroy the Youth of Ghana since its only promotes Crack and being a Junkie with a catchphrase “Crackheads in the Building “ Readers can Simply google “Kofi Mole “No gentlemen allowed” and watch the video on YouTube and see the images. He said , Crack , tramadol ,Codeine and other laboratory made chemical drugs are gradually becoming our society’s phenomenon that we can’t sit back and watch a musician champion it and try to make it look cool to the Kids. He said this in an interview with Cordovogh and revealed that he won’t rest till Kofi Mole comes out publicly to accept and promise a change in his messsge delivery. DJ YoGa is an advocate for #DecriminilizationofAllPlants an agenda that here to create awareness on crimes related to plant usage.All plants are God given and must not be a crime to use it. This agenda is being championed by Kofi Annan, Blakk Rasta,Samini,Kwawkese,Panji , JOEL Orleans And Many others Let’s encourage the youth to empower themselves to become great not destroy themselves with Chemical drugs https://soundcloud.com/djyogagh/dj-yoga-ft-reed-drago-young-puffie-wildchild-gyae-nkwasiasem-prod-by-fizzi]]>

Related Topics:kofi mole
Up Next