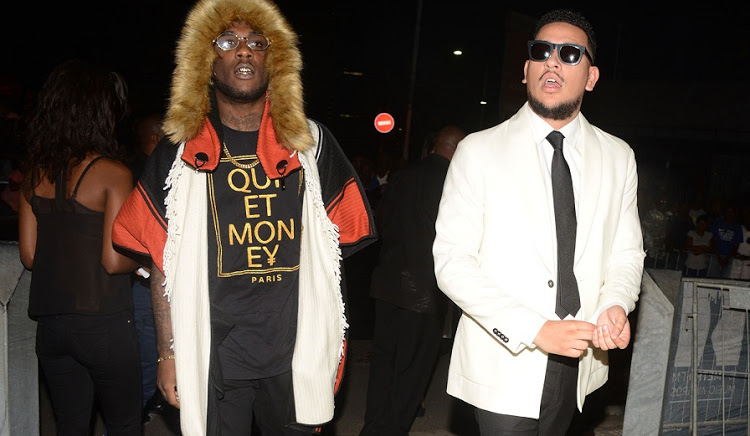 AKA calls for apology from Burna Boy

South African rapper, AKA, has called on Afrobeat star, Burna Boy to apologize over his threats and condemnatory comments during the recent xenophobic attacks in South Africa.

Recall in tweet Burna Boy stated he would never visit South Africa until the problem is resolved. and also threatened AKA for his “inciting” comments after South Africa lost to Nigeria in the quarter-final stage of the 2019 AFCON.

Well, weeks after Burna Boy had made the “outrageous threats”, he was billed to headline the ‘Africa Unite’ concert, a diplomatic music event to hold in South Africa in a bid to quell the tension between citizens of both countries.

On Wednesday, AKA took to his Twitter handle to reach out to his colleague in the continent’s music industry, stating that he’s ready to bury the hatchet if Burna Boy apologizes over his previous threats.

“Burna Boy, all we want is an apology. We know South Africa is not perfect. But we took you in as our own before you reached these levels. You say you are an AFRICAN GIANT, prove it. I am willing to swallow my pride and put an end to this division. Are you?” AKA asked.

In the heat of the protracted feud between the music heavyweights, Tshwane Entertainment Collective (TEC), a South African group of showbiz experts, had petitioned their government and objected to the inclusion of Burna Boy in the concert.

The ‘Africa Unite’ concert, which is endorsed by South Africa’s department of sports, arts, and culture alongside other partners, is billed to hold in Cape Town at The Lawns on November 23, and Tshwane’s Sun Arena on November 24.

A Davido, Kelvyn Boy collabo could be on the way. END_OF_DOCUMENT_TOKEN_TO_BE_REPLACED

Eyinatayo Iluyomade, a 19-year-old Lagos-based comedian, has been arrested and charged to court for saying an expensive joke. END_OF_DOCUMENT_TOKEN_TO_BE_REPLACED

Despite the public not being privy to the romantic life of Ghanaian actress Salma Mumin, she has revealed her heart has been broken several times. END_OF_DOCUMENT_TOKEN_TO_BE_REPLACED

The Lioness of Africa, Wiyaala and the King of African Dancehall, Shatta Wale on Saturday, August 13, 2022, rocked the Summer Stage in New York City. END_OF_DOCUMENT_TOKEN_TO_BE_REPLACED

Legendary Ghanaian rapper, Tinny has descended heavily on Stonebwoy and Mercury Quaye over some comments they had made on radio concerning the confiscation of his car. END_OF_DOCUMENT_TOKEN_TO_BE_REPLACED