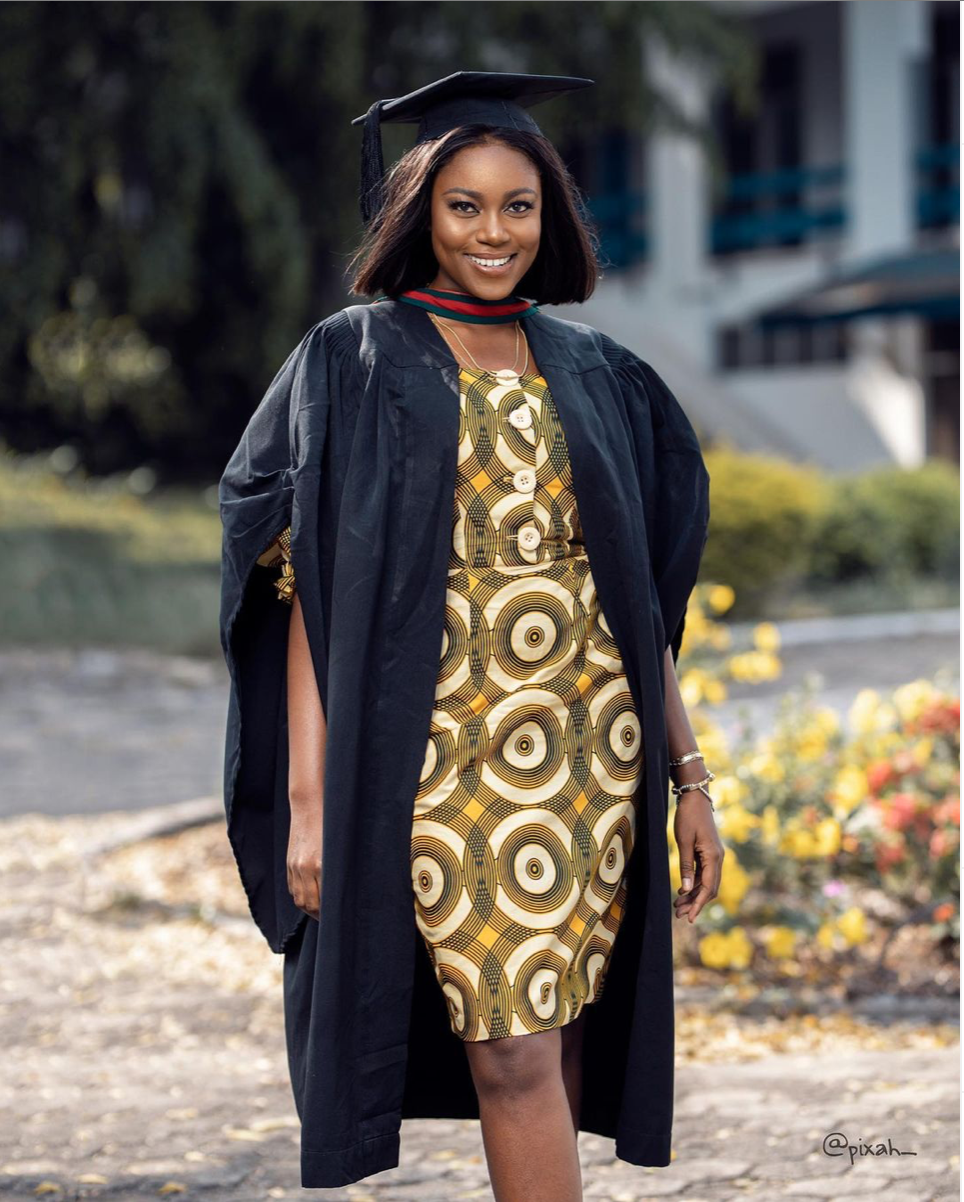 The Y.N Productions owner who bagged her Masters Degree in International Relations and Diplomacy last weekend at G.I.M.P.A, stated that it was a birthday present to herself.

Sharing photos from her graduation, the mother of one wrote;

HAPPY BIRTHDAY to me 🥳🎂 this month is special. I gifted myself a MASTERS DEGREE in International Relations and Diplomacy 👩🏽‍🎓 #birthday #graduation #graduate 📸: @pixah_photo 💇🏽‍♀️: @thehairvillage

“HAPPY BIRTHDAY to me 🥳🎂 this month is special. I gifted myself a MASTERS DEGREE in International Relations and Diplomacy.”

Meanwhile in a video posted on her Instagram, the award-winning actress revealed that when she decided to go back to school, there were a lot of people who did not understand why an accomplished actress like herself would want to go back to the classroom.

She however stated that she went back because she wanted to “add value to herself.”

Chioma and I felt pressured to get married- Davido reveals

Ghanaian actress, Yvonne Nelson, has come to the defence of veteran actor, Psalm Ajetefio (TT), over his “plead for leftovers” scandal that has hit the country over the past couple of days. END_OF_DOCUMENT_TOKEN_TO_BE_REPLACED

Despite public opinion that actress Yvonne Nelson has gone silent on the current ruling party, the New Patriotic Party (NPP), she begs to differ. END_OF_DOCUMENT_TOKEN_TO_BE_REPLACED

Caring Volunteers Network (CAVNET), INC, a Ghanaian based Non-Governmental Organization has received approval as a tax-exempt organization under the Internal Revenue Code (IRC) section 501 ( c ) (3) of the United States. END_OF_DOCUMENT_TOKEN_TO_BE_REPLACED