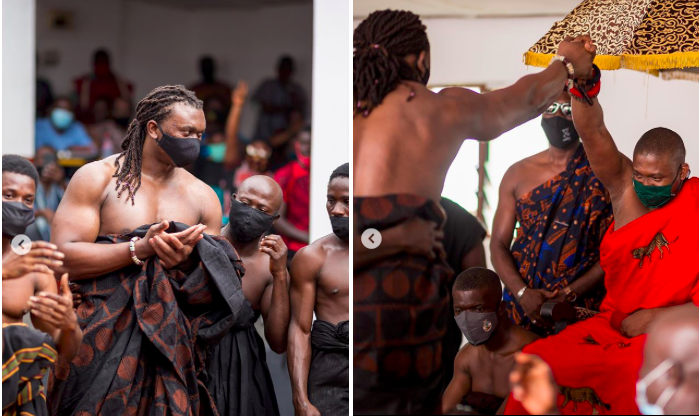 Okuapehene Oseadeeyo Kwasi Akuffo and his Elders have honoured Ezekiel Nana Ansah (Ziggy), an American football player formerly with the Detroit Lions and Seattle Seahawks in the National Football League (NFL) in the United States of America.

Defensive end Ezekiel Ansah, whose new title will be “Abranhene” (which simply means king of giants),  received this new Tittle as he visited the Okuapehene to pay respect and to congratulate him for Ascending the throne. Ezekiel is an old boy from PRESEC which is also the Okuapehene’s alma mater although the Okuapehene graduated couple years ahead of him and a friend to his senior brother. 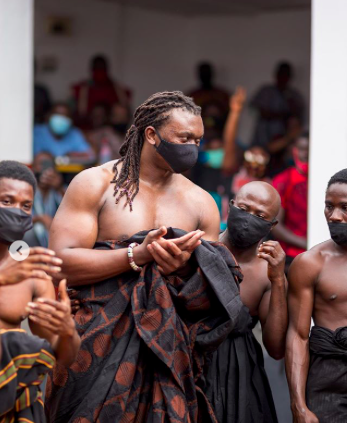 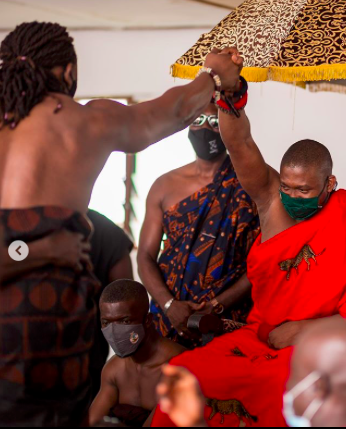 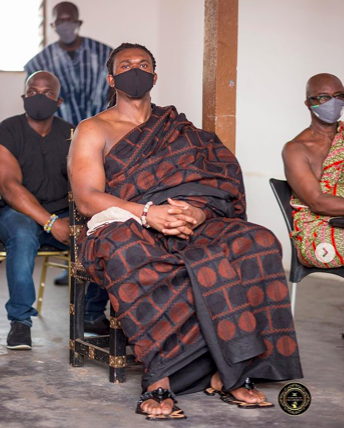 Ezekiel Ansah was drafted in the first round with the fifth overall pick of the 2013 NFL Draft by the Detroit Lions and signed a four-year contract. Although coming from humble beginnings and growing up in Accra Ezekiel Ansah has become one of the most successful Defensive Ends in the National Football League and in spite of this achievement he still remembered his roots and has been coming back to give back to his homeland Ghana and empower and steer the youth on the right path as well as help them realize that they are the answer to their own success with the right support and opportunity. His charitable and philanthropic work has not gone unnoticed and has earned him the title of “ABRANHENE” KING OF GIANTS for the Giant that he is.

After his installation Abranhene Nana Ansah pledged to build a sports academy in Okuapeman to help the youth and develop the sporting activities in Okuapeman. The Eastern regional director for sport development Madam Gifty Fiano and her executives expressed their appreciation and also pledged to work hand in hand as the governing body in the region to make this project a successful one.

Related Topics:Ziggy Ansah
Up Next