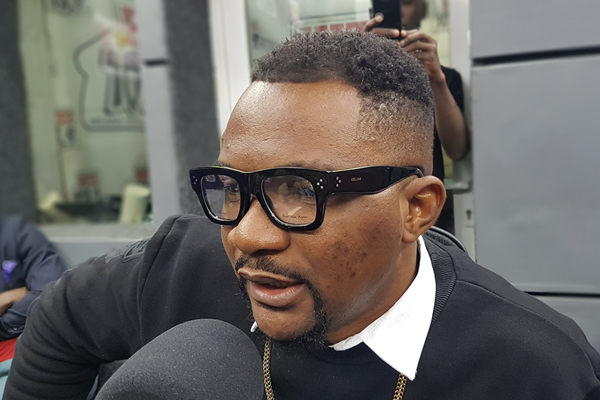 Zylofon official held back R.kelly, Teddy Riley collaboration from Stonebwoy- Mr Logic[/caption] Artiste Manager and Entertainment critic Mr Logic has revealed that requests from American artists R.kelly and Teddy Riley to collaborate with Stonebwoy was held back by an official of Zylofon Music. Speaking in an interview on  Daybreak Hitz on Hitz FM Monday with KMJ, Mr Logic said that Willie Roi, who is an Artiste & Repertoire (A&R) Manager at Zylofon Music, refused to inform Stonebwoy and his management about the American artists requests. “He got a text message from the US. Teddy Riley and R. Kelly, it was two big American artistes wanted a collabo with Stonebwoy and then Willie told me, ‘you see this, I won’t pass this info to Stonebwoy because this guy is stubborn’.” He asked why he didn’t want to inform Stonebwoy, Willie Roi still said “no.” “Willie Roi can never deny this because I was with him when the call came and the text message followed,” Mr Logic stressed. He further revealed that he later broke the news to Stonebwoy who was then in Jamaica. however, he added that he didn’t mention the names of the artistes to the “Bhim nation president”. The artist manager, expressed worry about the level of hatred some persons at Zylofon Music has for Stonebwoy. “The hate for Stonebwoy’s brand to me, it was personal.”  Willie Roi, reacting to Mr Logic’s allegation,  told KMJ that “they were looking at Zylofon portfolio and they choose Stonebwoy to do a collaboration with that is the choice of artiste they wanted to do a collaboration with. We are still waiting.” He noted that such collaboration doesn’t happen in a day. According to him, the collaboration is “not dead” and “we are still waiting for their schedules and then they will give us the time that we will go to the States.” “I’m the A&R…I negotiate so when it is ready before I put it on the board,” and he is surprised that Mr. Logic will put this information out when he was contacted just two months ago. Mr Logic, reacting to Willie Roi, stated that it’s been more than two months. He said Willie Roi was contacted in March this year which he couldn’t debunk. When he was asked whether he informed Stonebwoy about the collaboration, he responded that, “You don’t talk to your artiste until the deal is set.”]]>

Dancers involved in a car accident after performing at Stonebwoy's concert