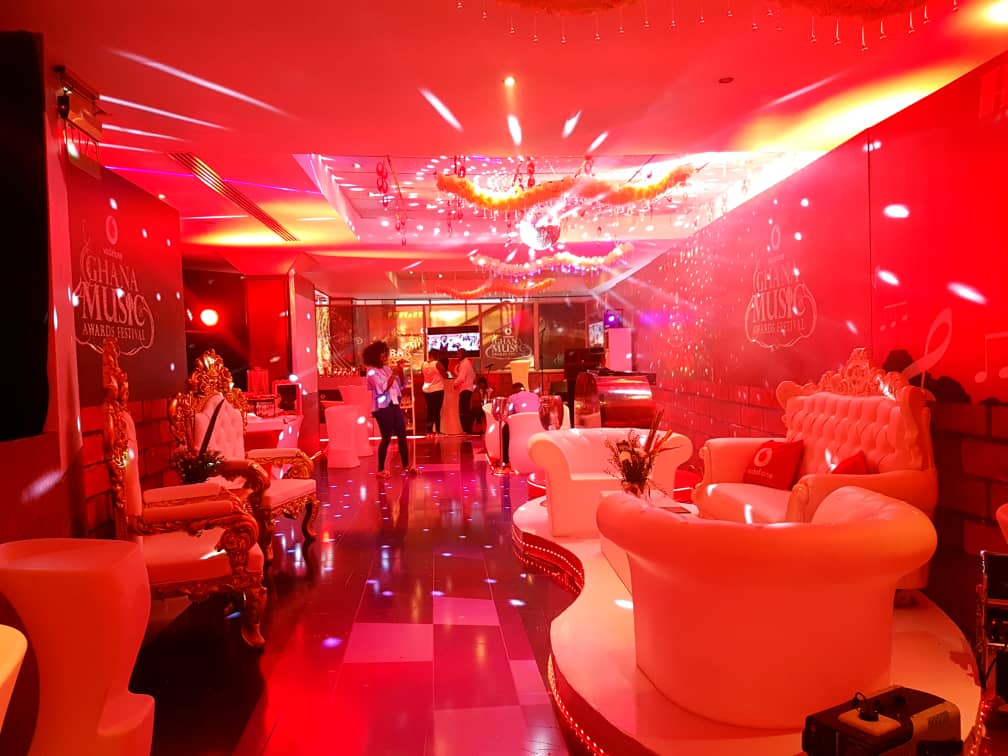 SINCE taking over as headline sponsor of the Ghana Music Awards some six years ago, Vodafone has spared no expense to ensure that they add more than a bit more to the experience of their customers at the annual event. It was Vodafone that started an added ambience of music, food and drinks on the side of the main night of VGMA at the VIP and presidential rooms of the Accra International Conference Centre. For about five years the telco brand entertained people it referred to as valued customers as they enjoyed the awards in those privileged rooms. This year however, Vodafone decided to flip the script and they did so by changing the name of the entertainment arena from a room to a lounge, thus Red Lounge was introduced at the 19th Vodafone Ghana Music Awards last Saturday night. It has always been Red Room While the name may have changed, it was still a Vodafone event and so came with all the trappings of what the brand has been known for on VGMA nights: class, food, drinks, music and a real reddish party atmosphere. There were couches, settees and there also were the bars that served all manner of drinks. And then the stand that served the grills, mini-sandwiches and wraps, fruits, cake and other such canapés to the very privileged few who got invited by Vodafone to the place reserved for its key consumers. The new idea of engaging with the consumers in the Red Lounge is the inclusion of technology to depict the new focus of Vodafone as the telecom brand that is leading the way into the digital space. First was the invitation by an SMS alone and a simple SMS scan at the entrance to allow those invited to enter the lounge! No invitation cards. Next was how drinks were ordered via an app on tablets. No shouting to order drinks and food and definitely no jostling between people. And then there was the robot engagement inside the Red Lounge. The role of the robot in the lounge was multiple: it showed patrons the way to the washroom and also took a picture and printed for them. The pre-vent party in the Red Lounge started from 7pm-9pm with guests arriving to take a bite or two and have a drink while songstress Yaa Yaa crooned melodious songs with the support of her band and also strummed her guitar strings away into the night. Starr FM’s DJ Vyrusky was on hand to help Yaa Yaa with good music from his turntables and also sent the lounge into a party mood after the main event during the post event party. The party went on until the dawn as MC Kabutey Ocansey became the hype-man on the night. It must be mentioned that the space was a bit small to contain partying crowd, there were some confusion at the entrance to the lounge and it seemed the noise level was too much to have a decent chat with the robot during the after party. However, the transformation of the left wing of the AICC into a club feel, the addition of technology in the experience and the uniqueness in the set up and engagement need commendation. It was another awesome addition to the VGMA experience by the brand that knows how to do it best! 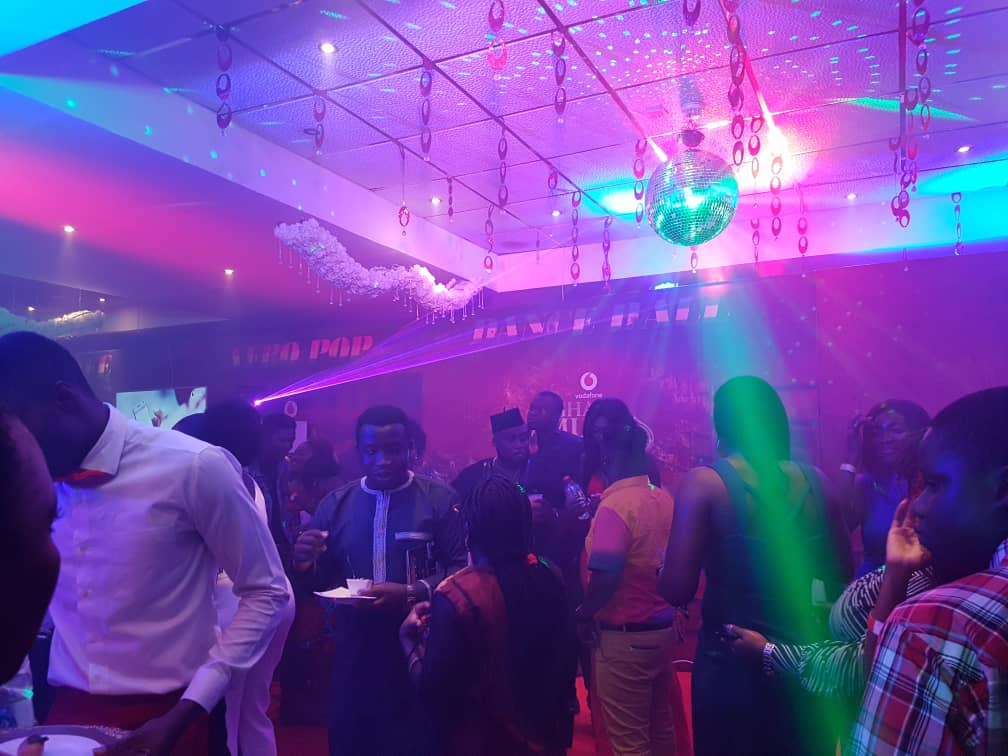 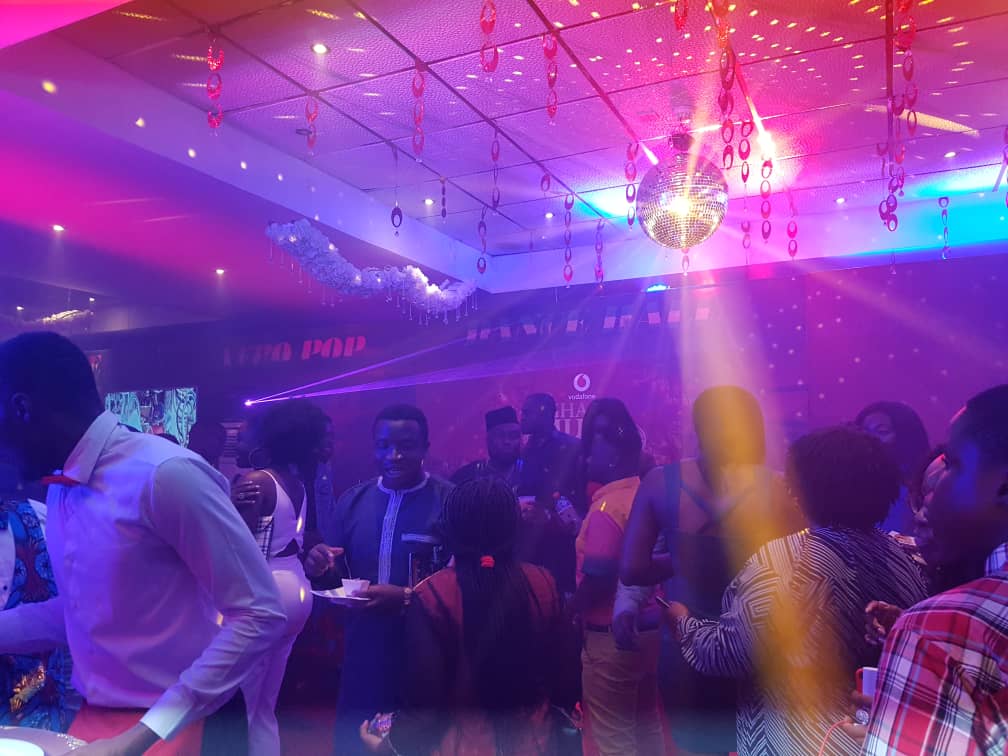 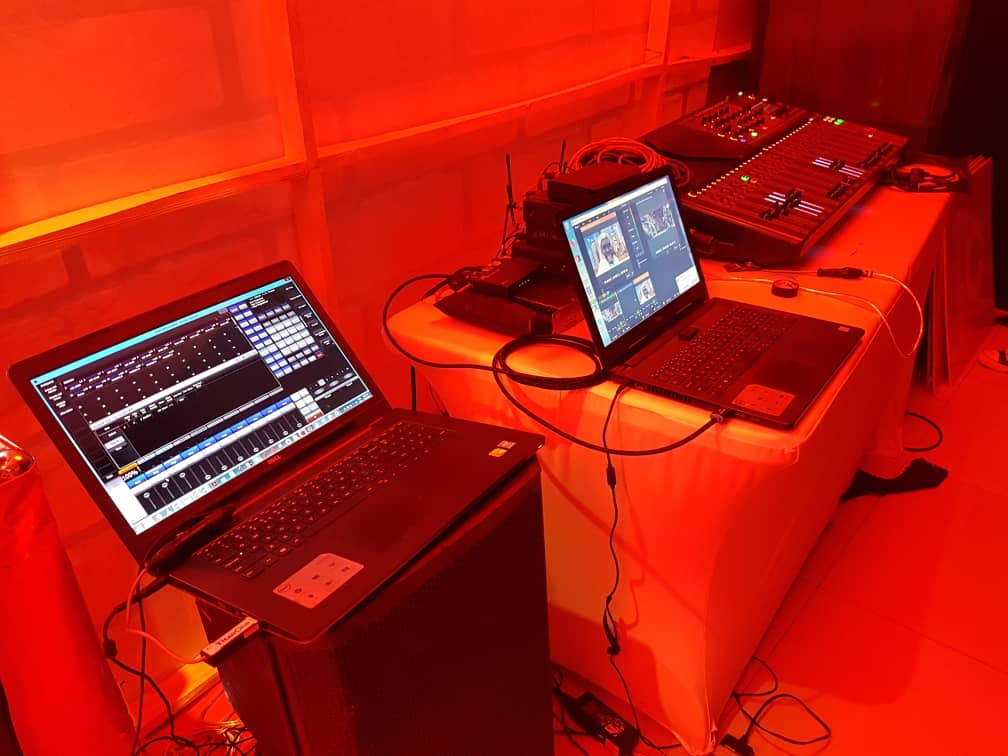 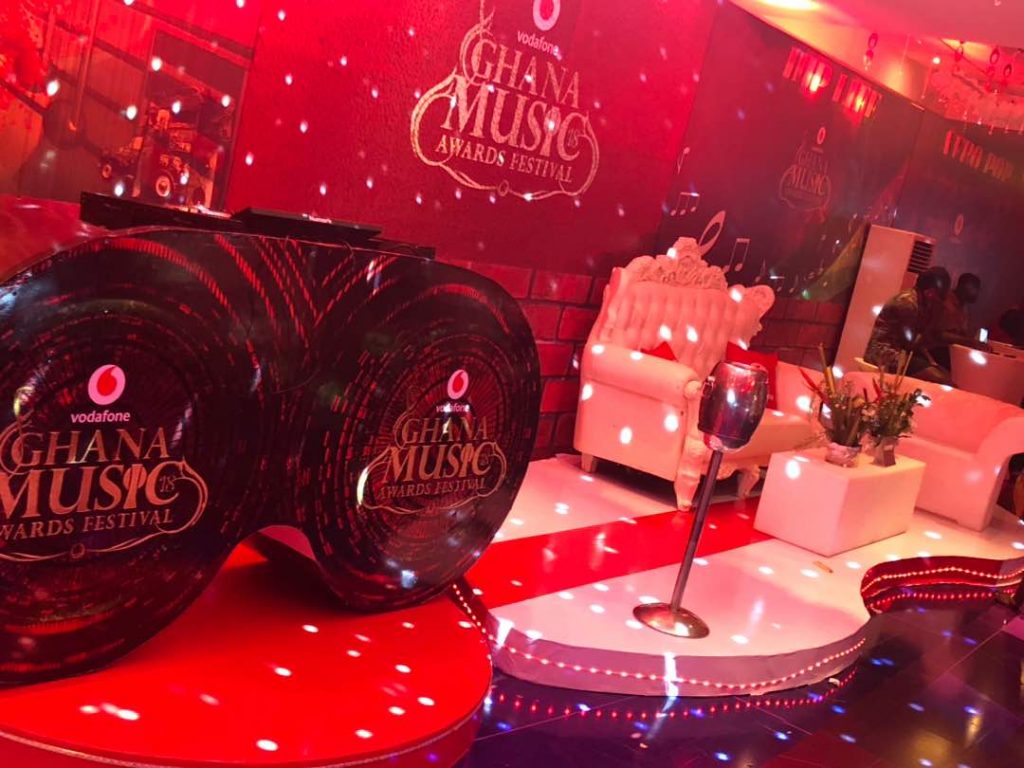 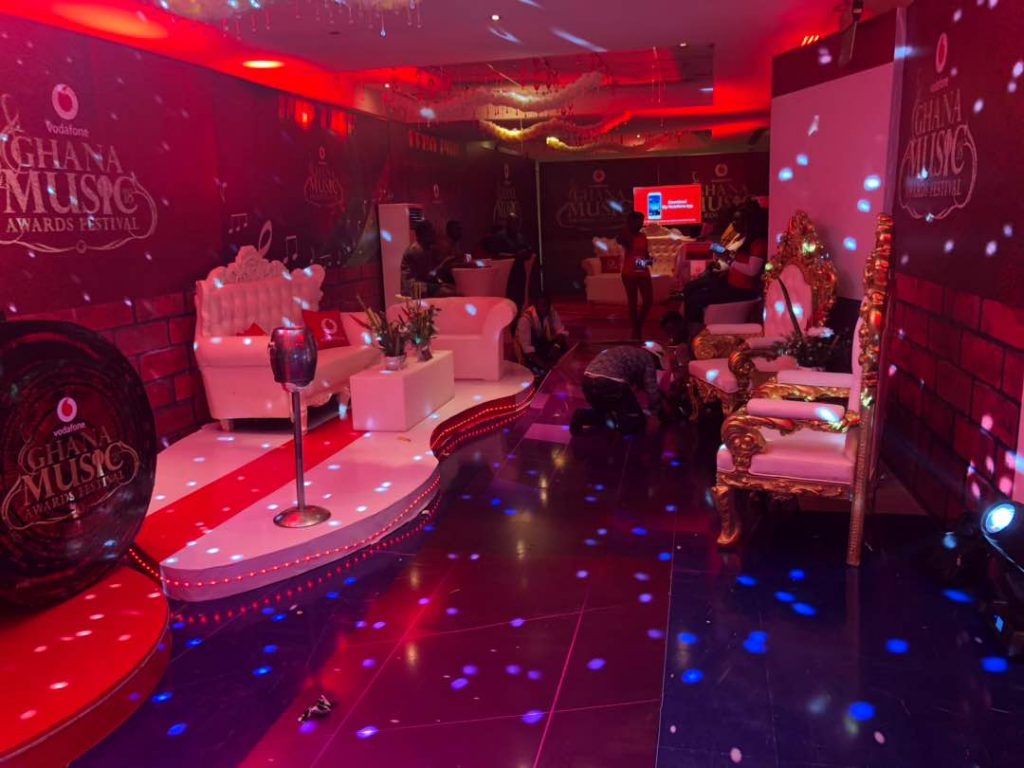 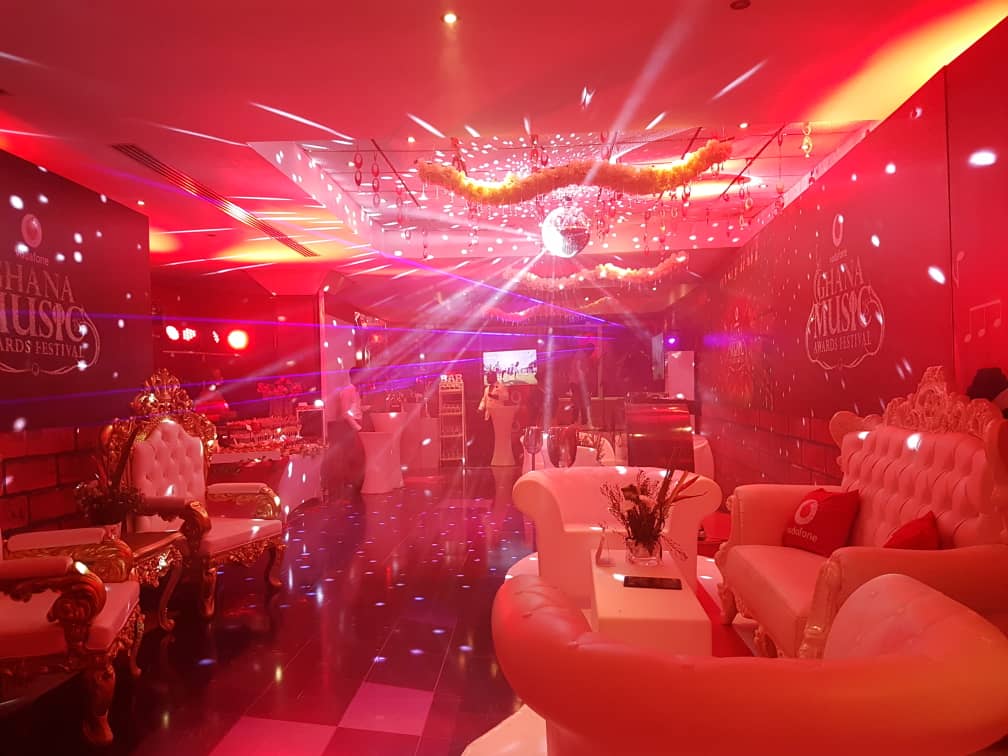 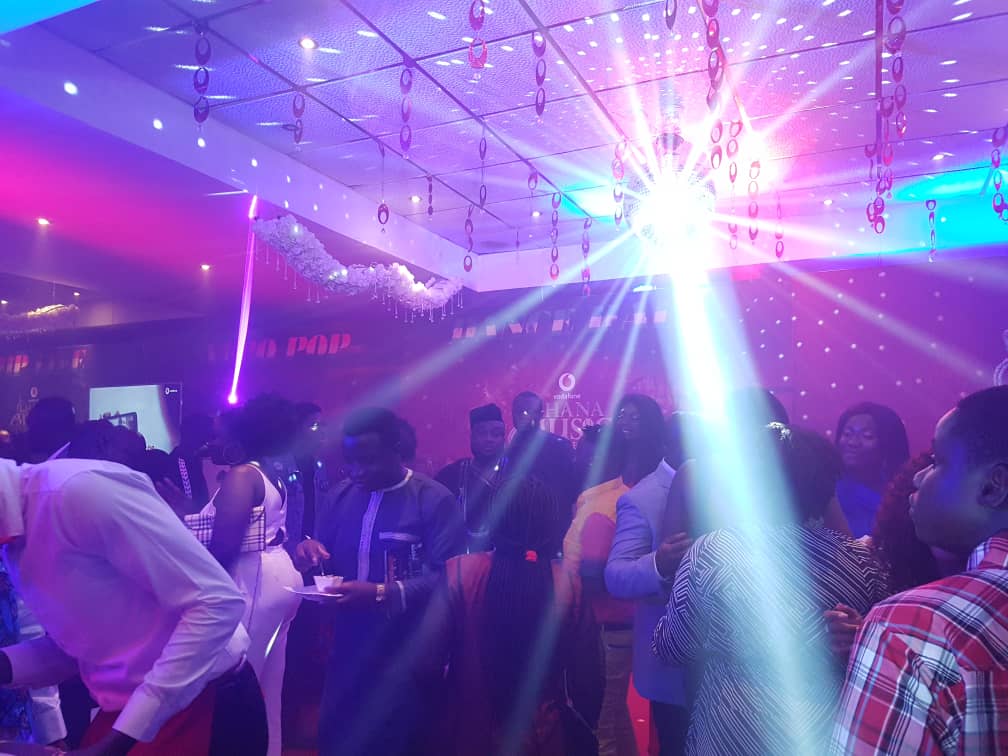