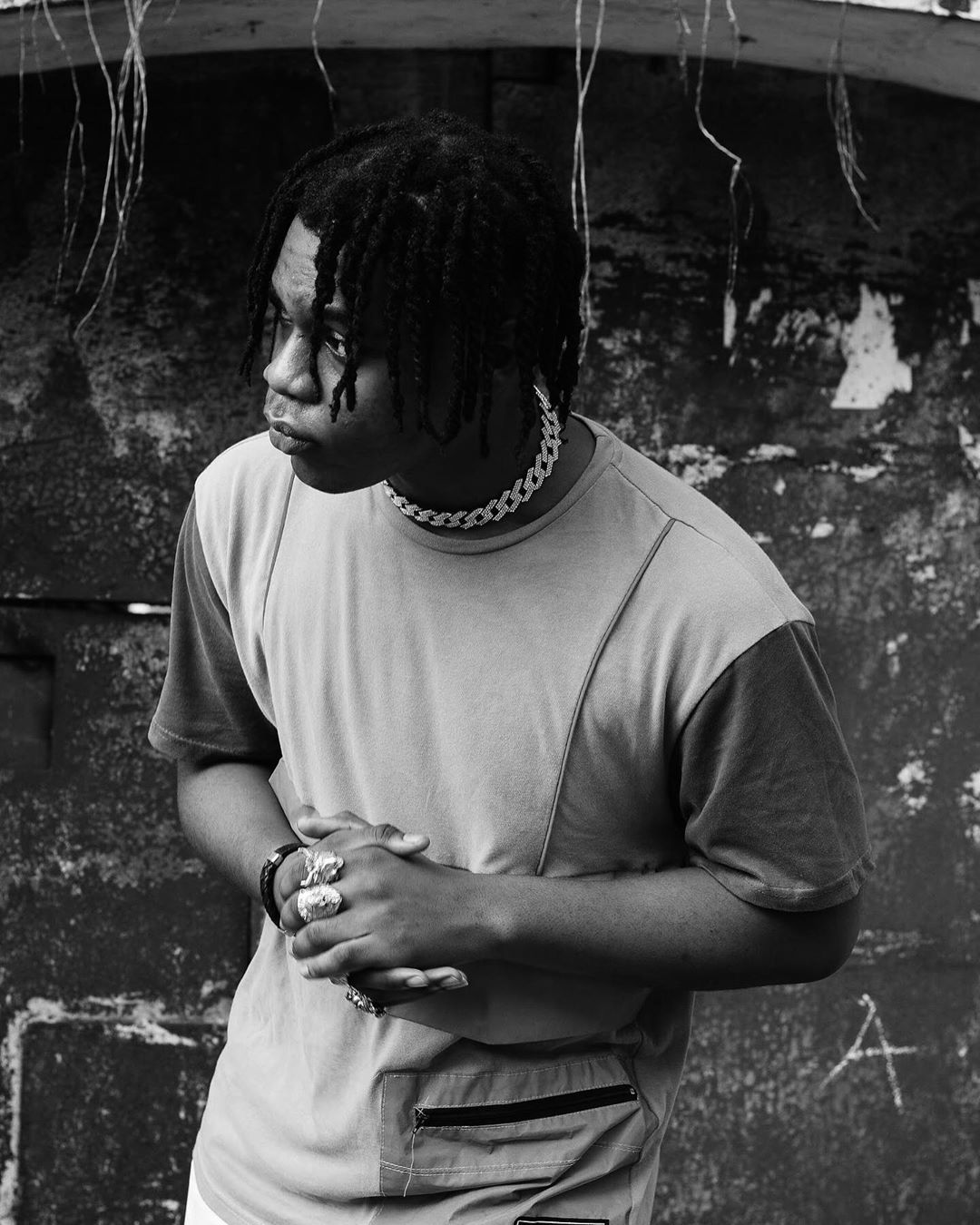 The Music Industry in Nigeria is competitive and ever evolving. Between 2018 and 2019, we have witnessed the rise of artistes like Joeboy, Teni, Fireboy DML, Blaqbonez, Rema, Oxlade, Zlatan and the list goes on and on.

Alpha P, who was formerly in a music duo with Afrobeats prodigy Rema, is the newest addition to the new wave of Nigerian Artistes ready to take the African music industry to the next level.

In 2013, Alpha P formed a music group with the Bad Commando Rema called RnA. The group’s name is a combination of the first letters of their stage names. The two gifted crooners seem to have gone separate ways with Rema signing with Jonzing World, a subsidiary of Mavin Records in 2018 and Alpha P recently signing with Universal Music Nigeria in 2019.

He has released his debut body of work, a 5-track EP titled “King of TheWolves”. The EP has no features and consists of “Fayah”, “Paloma”, “Radar”, “More” and “Tonight”.

As expected, music lovers have embraced the young chap but have already started comparing his sound and style of music to that of Rema. Many do not know they were in a music group together and that it is only normal that they influenced each other musically in the past. Some are even speculating that they created the sound together.

Leading to the release of “King of The Wolves”, Alpha P collaborated with Tomi Owo on the official soundtrack for Season 4 of the MTV Shuga Naija series. The song is titled “Number One”.

Alpha P’s debut EP “King Of The Wolves” is a respectable body of work with beautiful melodies. It shows how talented and versatile the teenager is. With the backing of Universal Music, we hope to see the young man achieve great feats.

Stream “King Of The Wolves” 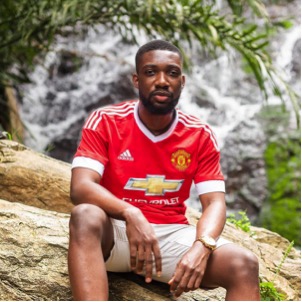 Godwin Mitchual is the founder of Unorthodox Reviews and Music Journalist based in Accra, Ghana. He loves Afrobeats and Rap Music. 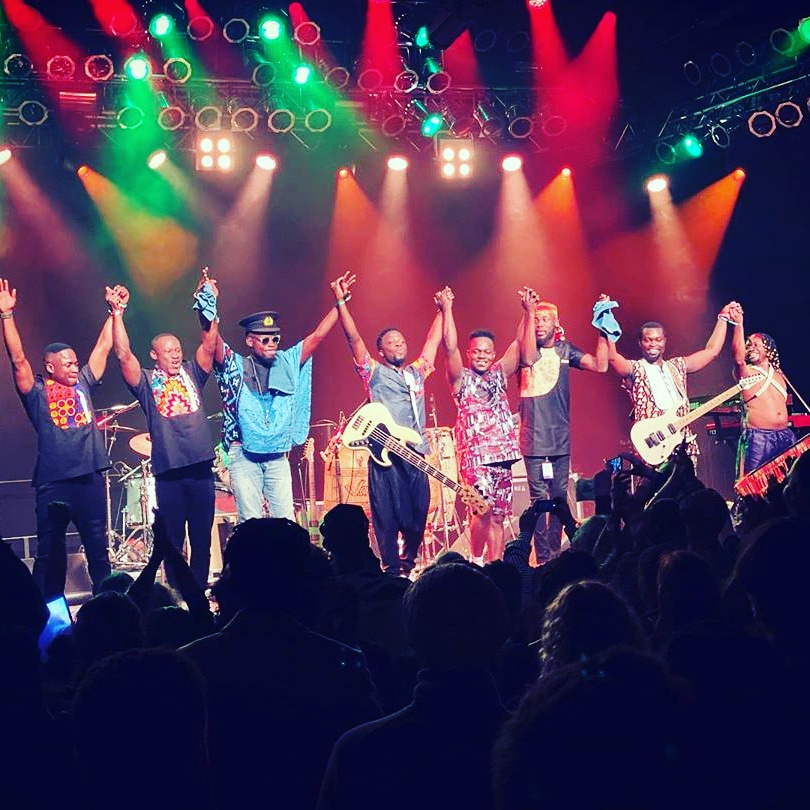 Fellow Ghanaians, the moment of waiting for classic highlife music is over! END_OF_DOCUMENT_TOKEN_TO_BE_REPLACED

Youssou N’Dour’s new album meditates on moments from a storied career and pays homage to late great African artists, without losing sight of the future ahead. History (Naïve Records release: May 17, 2019)gives new life to tracks from Babatunde Olatunji’s 1970s records, N’Dour’s own cassettes sold on the streets of Dakar in the 1980s, and a 2019 […]

Youssou N’Dour’s new album meditates on moments from a storied career and pays homage to late great African artists, without losing sight of the future ahead. History (Naïve Records release: May 17, 2019)gives new life to tracks from Babatunde Olatunji’s 1970s records, N’Dour’s own cassettes sold on the streets of Dakar in the 1980s, and a 2019 hit by Swedish star Mohombi. N’Dour reinvigorates them all with that inimitable voice—and mature musicianship—that makes Youssou N’Dour the undisputed King of African Pop.

He’s achieved a globe-spanning career, 35 albums, and hits at the top of charts around the world, but N’Dour still sees each project as a chance to explore different directions. 2017’s Seeni Valeur took to new heights the spirited Senegalese mbalax that N’Dour popularized in Senegal and around the world, while Africa Rekk (2016) featured up-to-the-minute Pan-African collaborations with Akon, Fally Ipupa, and producer Spotless, who returns on History.

The new album opens with “Habib Faye,” a moving tribute to the bassist who, as musical director of N’Dour’s band Super Étoile de Dakar, shaped their sound starting in the 1980s. The two giants of mbalax worked on separate projects in recent years, but at Faye’s untimely death in April 2018, N’Dour cancelled shows to be at his funeral. “Habib Faye was my friend, bassist, and music director for almost twenty years.” N’Dour reminisces. “Together we created many songs and played many shows around the world. Naturally, this is the first song I wrote for this album.” It‘s serene, not a lament but a contemplative elegy, a prayer with a mbalax beat and smooth sax by Cameroonian Alain Rodrigue Oyono.

History honors another late legend: Babatunde Olatunji, the Nigerian-American drummer, singer, and social activist whose Drums of Passioninspired the likes of John Coltrane and Carlos Santana. “I wanted people to know about Babatunde, a great Nigerian who had an immense impact on his country,” N’Dour explains. N’Dour returns Olatunji to the spotlight with covers of “My Child” and “Takuta,” co-composed with Prince Ayo Manuel Ajisebutu, that feature Olatunji’s original vocal recordings at the center of new arrangements. N’Dour’s own unmistakable voice carries Olatunji’s songs into the present moment.

N’Dour also digs deep into his own history, with fresh takes on three tracks from across his remarkable career. The first recording of the love song “Salimata” dates to 1989’s Jamm, while “Ay Coono La” appeared on Set in 1990. These were electric times for N’Dour: after 10 years as a star in Senegal at the helm of Super Étoile de Dakar, his work with Peter Gabriel brought him international notice, and his 1989 album The Lion attained global fame. Reimagined for 2019, these tracks have a new energy and lush production that leaves space for the emotional colors of N’Dour’s voice to glow.

With “Birima Remix,” N’Dour places the past and future in harmony. From the album Joko in 2000, “Birima” tells the legend of a Senegalese king. Now N’Dour has recreated the song with a new richness in collaboration with Seinabo Sey, a young Swedish singer with Senegambian roots making waves on the Scandinavian electro-soul scene. Sey’s new lyrics pay tribute to her father’s heritage and the immigrant experience, creating a multilayered exploration of African values and ancestors. N’Dour’s remix of “Hello” by Swedish-Congolese singer Mohombi shows that History is not only about the past: “Hello” swept Mohombi to the final of Sweden’s Melodifestivalen competition in March 2019.

N’Dour’s new songs make vivid, current stories a part of History. “Confession,” a collaboration with Mike Bangerz (BGRZ), a French beatmaker of Beninese heritage, chronicles the romantic plight of a young emigrant working abroad. On “Macoumba,” N’Dour, BGRZ, and saxophonist Oyono riff on the characters and sounds of Dakar’s streets, where a macoumba is an unlucky gambler. “Tell Me” rounds out the album with a multilingual plea for connection and trust.

Throughout his extraordinary career, Youssou N’Dour has always been moving forward, creating new sounds even when he makes forays into tradition. Now, exploring his own past and the legacy of friends and heroes, N’Dour makes History his own. Enviably decorated rapper, Sarkodie has released his 5th studio album, christened Highest. It is a collection of 16 songs and three interludes. I embarked on a journey of listening to the album and upon completion, this is the experience I want to share; END_OF_DOCUMENT_TOKEN_TO_BE_REPLACED

On August 18, multiple award-winning Ghanaian singer, Becca will release her album, ‘Unveiling’ to mark her 10 years in the music industry. The album contains 10 tracks carefully selected to represent her anniversary, with 3 bonus tracks that all together define the dynamism of Becca as an artist. END_OF_DOCUMENT_TOKEN_TO_BE_REPLACED

On August 18, multiple award-winning Ghanaian singer, Becca will release her album, ‘Unveiling’ to mark her 10 years in the music industry. The album contains 10 tracks carefully selected to represent her anniversary, with 3 bonus tracks that all together define the dynamism of Becca as an artist.

On August 18, multiple award-winning Ghanaian singer, Becca will release her album, ‘Unveiling’ to mark her 10 years in the music industry. The album contains 10 tracks carefully selected to represent her anniversary, with 3 bonus tracks that all together define the dynamism of Becca as an artist. END_OF_DOCUMENT_TOKEN_TO_BE_REPLACED