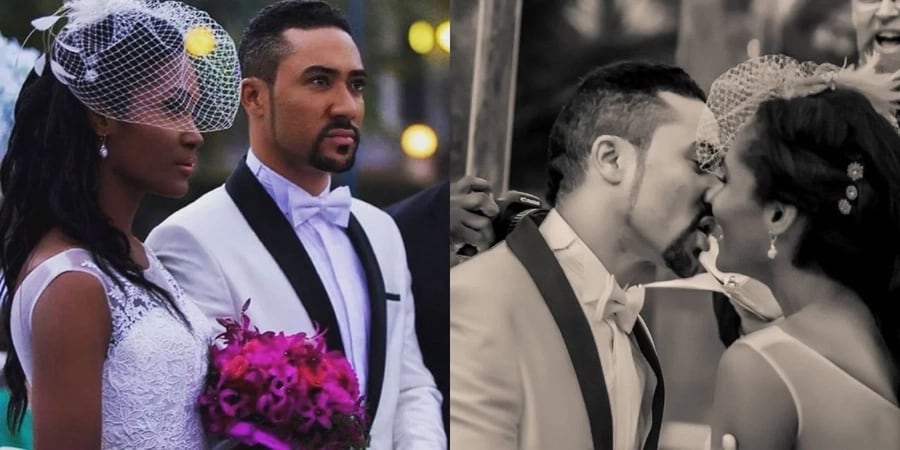 Most Ghanaian celebrities love to flaunt their better halves or partners on the gram. They love all the attention they get when they are booed up but others love the privacy they enjoy offline.


These celebrities prefer to keep their love lives private and only show off their partners on very special occasions like birthdays or anniversaries, or never at all.

The Sparrows Production owner and her husband, also film director have been married since 2009 till date. They have a child together. These two always support each other but have managed to keep their private life, private.

The two got married on October 4, 2014. They share two beautiful kids together. Naa Ashorkor is literally the most silent and private celebrity ever. There are absolutely no pictures of her children on social media and the only pictures you can find of she and her husband are probably from their wedding. They do not want anyone to know their business.

Coded and his wife, Maame Afua Agyeiwaa Opare finally tied the knot on September 15, 2012, after several years of dating. Coded may be a big star, but he has managed to keep the biggest star in his life, out of the public eye. The only times we have seen any pictures of these two together is during anniversaries or birthdays. They hardly even attend any red carpets together.

Majid and Virna got married in 2005 and had a wedding renewal after ten years of marriage in 2015. They have three children together. Majid, who is now a pastor, after several years of bringing entertainment to many Ghanaian homes, kept his family out of the public eye.

Joseph Van Vicker and Adjoa have been friends since secondary school. They got married on October 16, 2003, after a few years of dating. They have three beautiful kids together. van and his wife continue to remain “couple goals” for a lot of people even though they have managed to stay private.

Nadia’s life is a mystery and will continue to be. From shocking fans with the delivery of her twin girls to announcing that she has two more making four children, Nadia continues to keep us in the loop with her private life. Even though the name of her mystery man still remains unknown, we know she’s in love and happy.

Sulley Muntari and Menaye got married in December 2010 after courting for years. Their marriage has survived several rumors and yet they continue to grow stronger than ever. The two share a son together and continue to keep their family out of the public eye.

Another mystery woman! Ama K is reportedly married to a mixed-race man. She was also reported to have welcomed a baby girl in June 2018. We do not know who her mystery husband is, neither have we seen any pictures of her baby girl, we, however, respect her choice of living an absolutely private life.


Funny Face is keeping it lowkey with his second marriage as he claims too much exposure of his first marriage in the public led to the divorce.

“I want to keep my new woman out of the public because she is a private person and because of my previous relationship. I am very happy with my woman because she was there for me through my pain. I almost committed suicide and thank God this special lady came into my life at the time I needed her. I don’t want to even mention her name to anyone but she knows I truly love her,” he said in an interview.


Funny Face welcomed twins with his second wife back in May. We are yet to see his wife and the kids.

Related Topics:Ghanaian celebrity marriages
Up Next

How To Prepare Outdoor Activities For Your Family Weekend