When I saw a Ghana flag on the Instagram profile of fast-growing Hollywood actress, Lovie Simone (who stars in the TV show, ‘Greenleaf’, alongside Keith David, Lynn Whitfield and Oprah Winfrey), I started digging to find her roots.

From snooping around, I found out that at least her mother is a Ghanaian-American. LaNise Oppong is the proud mother of four talented children including Lovie. Lovie Simone was born in 1998 in New York. Lovie started her career in 2009, when her manager discovered her at an acting school in New York City. Shortly after signing with her management, she was booked for her first national commercial with JCPenny.

Through the years of her career, Lovie has worked on voice-overs, independent films, print ads and industrials. She is played the role of Jasmine on ‘Orange Is The New Black’ and is currently the loveable Zora Greenleaf on ‘Greenleaf’. Lovie is not LaNise Oppong’s only pride and joy in her bunch of 5 children. She shared her touching story of parenting with Samantha Cee of Fashion GXD Magazine. 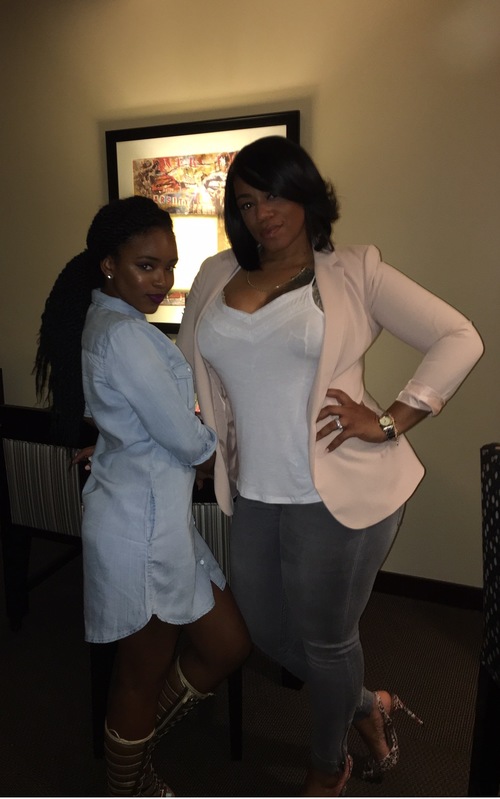 “My first son passed away at five months in 1997.  After him I was blessed with four amazing children.  I am not one to toot my own horn but I will say that I believe in prayer and with that my children are flourishing beyond measure.  I am my children’s number one supporter.” LaNise has always taught her children to chase their dreams and never to give up.  As a parent, she believes her job is to make sure that her children are exposed to many positive experiences from which they have their own minds to choose what suits them. Lovie and her twin sister have graduated from high school.  The youngest twin, Yorie Sabrina is attending SUNY Polytechnic where she will be majoring in physics.   Yore is an excellent writer and believes strongly in uplifting and empowering black females.  Her plan is to transfer to a university in Germany after her freshman year so she can experience life abroad.

“My son Derick Solomon has just completed the third grade and is reading on a seventh grade level.  He is in a gifted and talented program and he plays on a travel soccer team.  He started his first business last year. He and a friend started a dog walking business in my neighborhood.  He used a portion of his own money saved from selling his dad’s shoes on eBay to put an advertisement in our local paper to promote his business.  His dream is to become a famous soccer player in Ghana as well as own businesses and properties.” 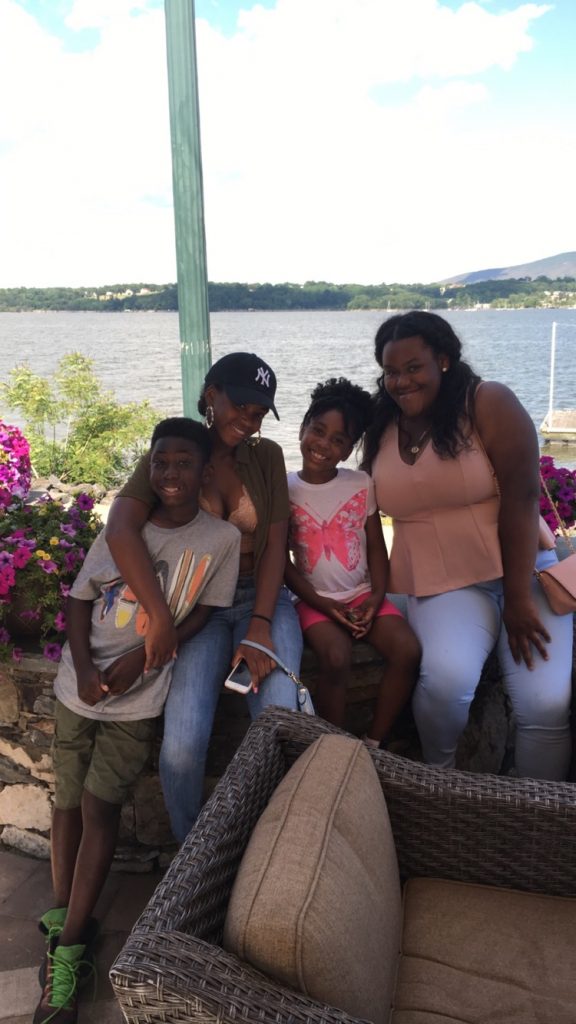 The youngest kid in the family, Riley Sanaa at a very young age enjoys reading.  She is a soccer player as well and she loves to act.   Lovie, Derick and Riley all act and have the same manager. LaNise accompanies them to auditions every week as well as preparing them by coaching them with their sides. Yorie has her very own blog and enjoys writing and Lacrosse. ”

“When I lost my first son I remained faithful in God.   I knew that he had more in store for me.  I believed if he did it for Job he would do it for me and close to two years after I was blessed with twins and then later my two little ones.   I was hurt in a car accident and had to have spinal surgery.  I didn’t know what my life would be like not being able to work but being home has allowed me to be available for my children.  Every day I live with pain but I am able to cope knowing that my children are excelling because I am there for them. I am not a perfect mother but I do all that I can for my children.”

Related Topics:Lovie Simone
Up Next

Ghanaian Media Personality, Jessica Opare Saforo has stated that working for close to two decades in the media took the best parts of her life. END_OF_DOCUMENT_TOKEN_TO_BE_REPLACED

In January, 2022, social media was hit with the news about the departure of Media Personality, Jessica Opare Saforo from the Citi FM and Citi TV family. END_OF_DOCUMENT_TOKEN_TO_BE_REPLACED

Ghanaian artistes are showing up and showing out at the 2023 Soundcity MVP Awards. END_OF_DOCUMENT_TOKEN_TO_BE_REPLACED

Africa’s most decorated rapper, Sarkodie has just announced that he’s touring the world this year! END_OF_DOCUMENT_TOKEN_TO_BE_REPLACED

Award-winning Ghanaian rapper, Sarkodie has shared some tricks he thinks Ghanaian rappers can use to enhance their flow of rap and uniqueness when it comes to music craft. END_OF_DOCUMENT_TOKEN_TO_BE_REPLACED

Ghanaian rapper, Medikal has stated that his relationship with his ex-girlfriend, Sister Deborah was a mutually beneficial one. END_OF_DOCUMENT_TOKEN_TO_BE_REPLACED