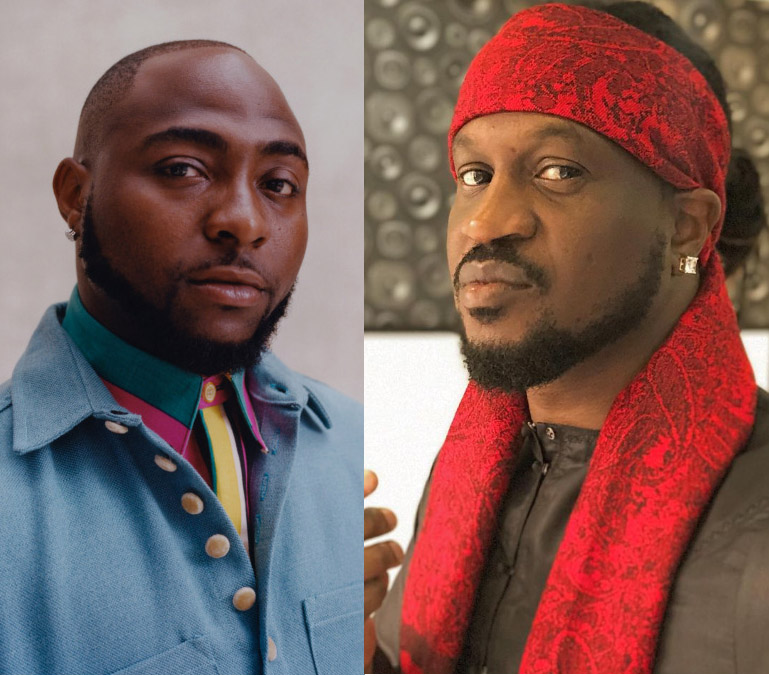 Peter and Paul Okoye (Twins), formerly known as P-Square, were duo in Nigeria music industry. The two were born on November 18, 1981.

The “Personally” hitmakers parted ways in 2016 over a disagreement. The termination of the contract between the two came as a surprise to fans and many who didn’t understand why the two brothers couldn’t resolve their disagreement to maintain as a group.

For Davido, since Peter and Paul share the same birthday, he would expect they have a combined birthday celebration. Not situation where the twins have separate birthday events, but same guests.

Davido concerned about how the twins celebrated their recent birthday, took to twitter to express his worry, but ended up using abusive words on guests who went to the twin’s separate events.

“Y’all niggas that wen to Peter and Paul’s bday separately y’all pussy as fuck!! Them niggas is TWINS!! Not my business but Shit hurts I’m angry Walai,” Davido tweeted. 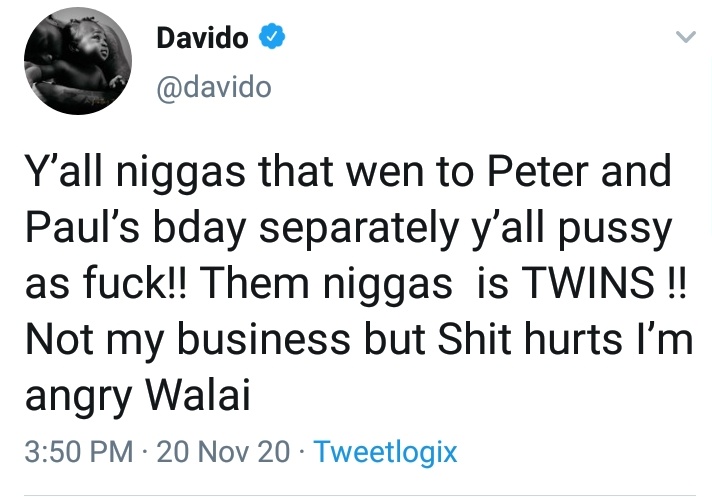 Paul Okoye, known as Rudeboy, was very disappointed in Davido for his sentiment, because it wasn’t expected.

Rudeboy on his instagram story responded to Davido. He said, “On what level, and Audacity do you have to call my family and friends pussy …. bro has it come to this? Am highly disappointed with you … You don’t have the right to insult my family and friends…. That’s f*cked up”.

“For your infor ….90% of those that came to mine went to his …. Same the other way round. And I respect their decision,” he added. 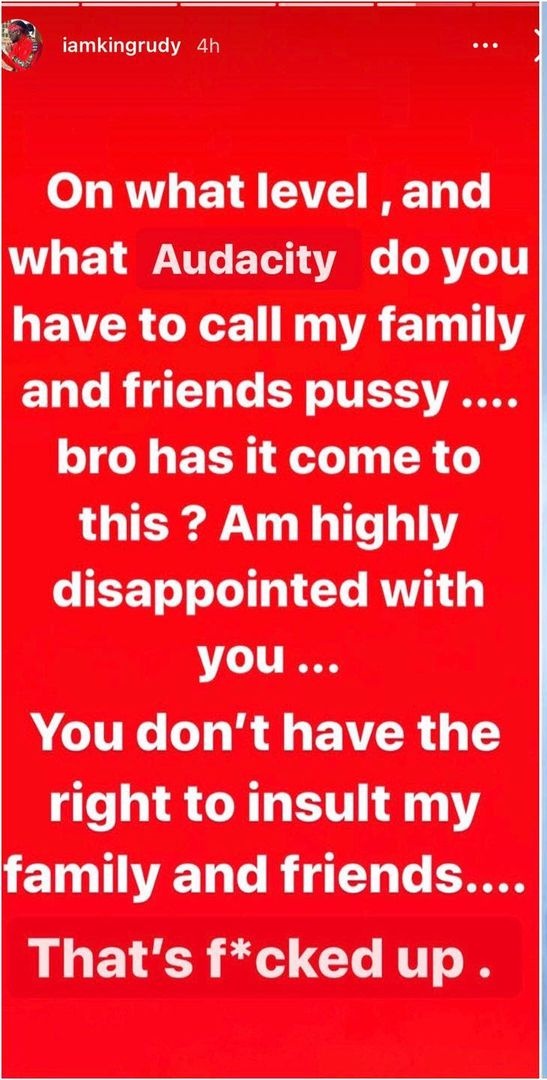 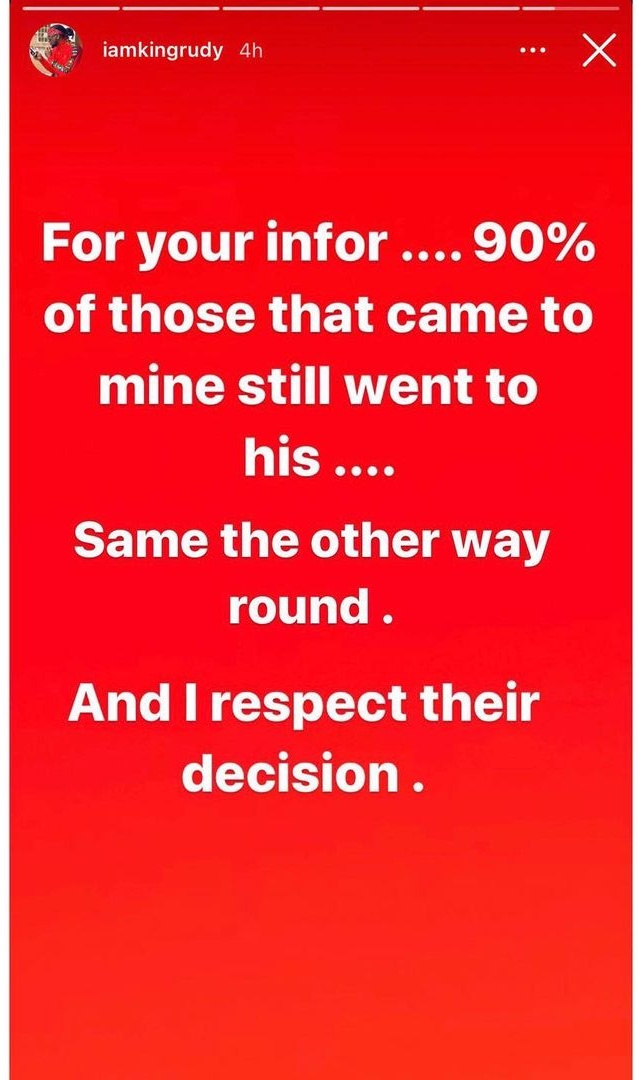 Don’t ever compare me to Olamide – Mayorkun tells fan