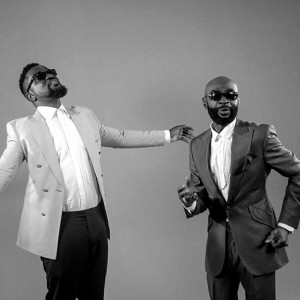 Veteran Ghanaian Highlife musician, Pat Thomas has revealed that but for the eye-opening he received from rapper Sarkodie on receiving money from streaming services, he wouldn’t have made any money from his music online.

According to him, although his music can be found on several platforms online, he wasn’t making any returns off of them.

However, Pat Thomas reveals that it was the Sark Nation boss, he brought it to his attention that it was possible some other people were taking his money without his knowledge.

“One time when Sarkodie had come from the US, we met and he was asking ‘Uncle a whole lot of your songs are on Spotify but do you get the money?’ I said no, and he said then someone must be cashing out your money. He was talking about the amount in thousands of dollars,” Pat Thomas stated in a recent interview on Pure FM in Kumasi.

Pat Thomas quoted Sarkodie to have said, “even those of us who just started are getting huge sums of money and not you who started many years ago.”

He added that Sarkodie went ahead to help him secure all his music online and made sure he was getting his returns.

Sarkodie and Pat Thomas developed a closeness after they worked on a major project, “Bra” in 2015.