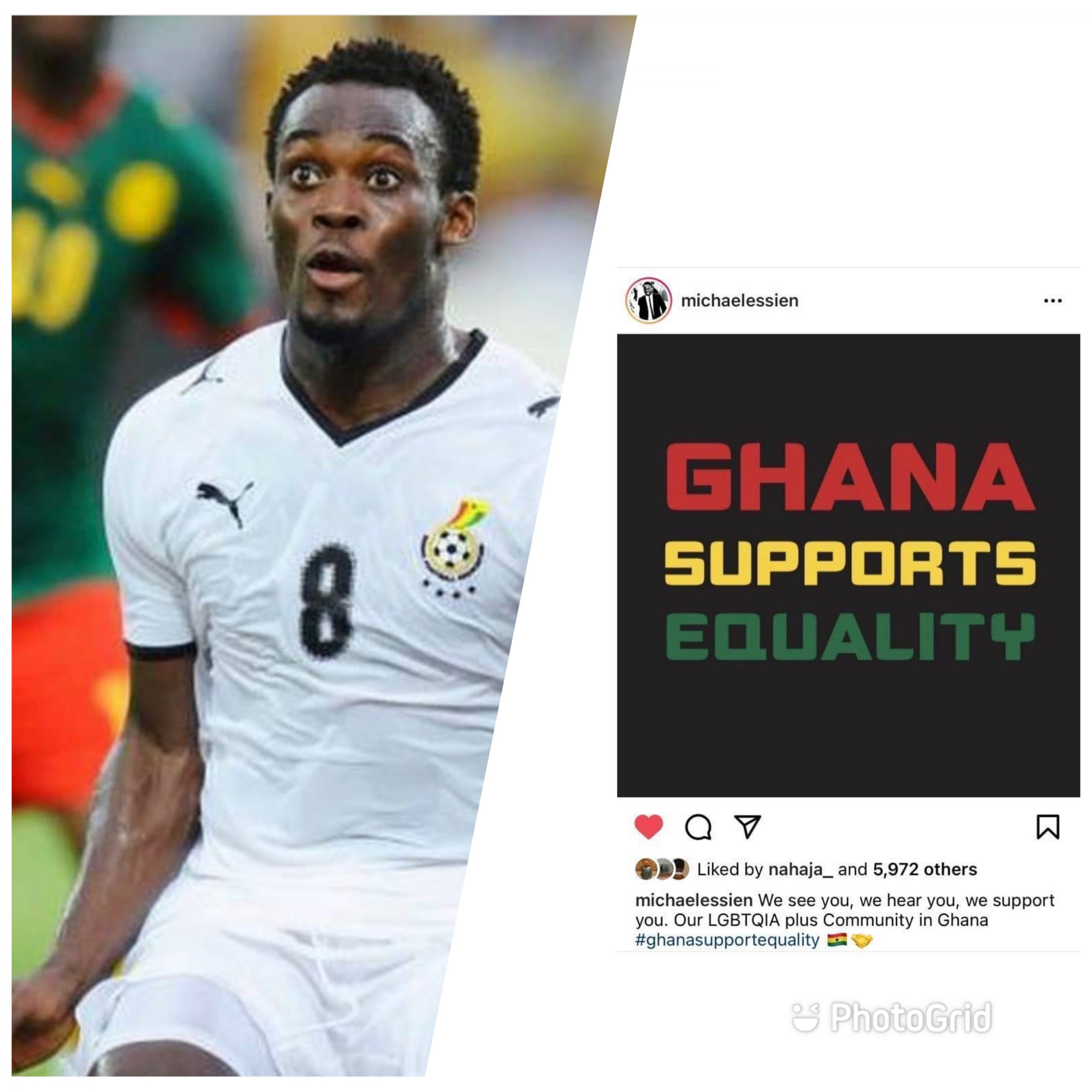 Ex Black Stars Midfielder, Michael Essien has stood  in solidarity with the LGBTQ+ community in Ghana.

In a now deleted Instagram post on Monday, March 1, the Assistant Manager for FC Nordsjaelland shared a “Ghana Supports Equality” with the caption;

“We see you, we hear you, we support you. Our LGBTQIA plus Community in Ghana.”

This follows the open letter signed by sixty-seven Africans in Hollywood who called on President Nana Akufo-Addo and political/cultural leaders “to engage in meaningful dialogues with persons in the LGTBQI+ community.”

Minutes after his post, Twitter went crazy as many tweeps came for him for throwing his support to the group.

“Michael Essien is a perfect fit for Sister Derby. Egyimifuor mmienu. Someone tell him before we start agebda, we have Receipts so there was no need deleting,” one Twitter user wrote.
Another user wrote; “Drogba built a hospital in Cote D’ivoire, gave out his hospital for free screening Drogba provided digital education for Africa. Eto’o donated money for Cameroon in COVID time and scholarships. What Michael Essien could do in this time is LGBT ? Kwasiasem kwa #Ohia Mahama.”
“Michael Essien never understood our culture: Dishonored his father, dumped Nadia, married Puni, cheated on her with kids with a slay queen. After Princess Shyngle found out he had no remorse only for Shyngle to force the break up. LGBTPEDO activists of Ghana and lifestyle,” another user shared.
See a screenshot of his now deleted post below: 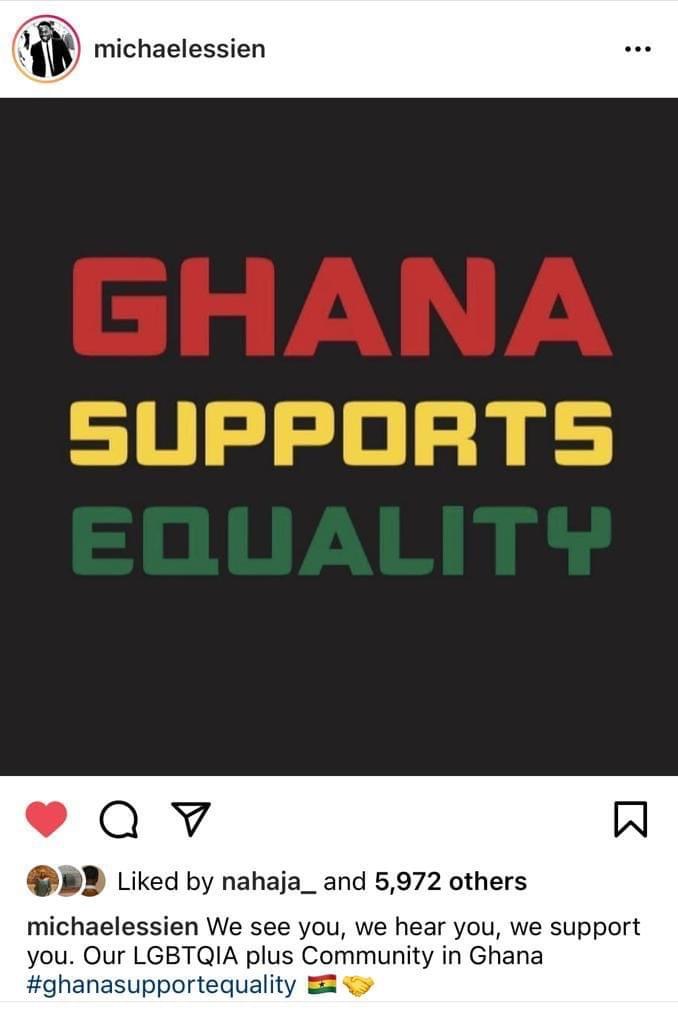 Meanwhile at a recent speech during the  installation of the 2nd Archbishop of the Anglican Church held in Asante Mampong, H.E Nana Akufo-Addo stated that same-sex marriage will remain illegal under his Presidency.

“I have said it before, and let me stress it again, that it will not be under the Presidency of Nana Addo Dankwah Akufo-Addo that same-sex marriage will be legal,” he stressed.

Ghanaian actress, Yvonne Nelson, has come to the defence of veteran actor, Psalm Ajetefio (TT), over his “plead for leftovers” scandal that has hit the country over the past couple of days. END_OF_DOCUMENT_TOKEN_TO_BE_REPLACED

Despite public opinion that actress Yvonne Nelson has gone silent on the current ruling party, the New Patriotic Party (NPP), she begs to differ. END_OF_DOCUMENT_TOKEN_TO_BE_REPLACED

Caring Volunteers Network (CAVNET), INC, a Ghanaian based Non-Governmental Organization has received approval as a tax-exempt organization under the Internal Revenue Code (IRC) section 501 ( c ) (3) of the United States. END_OF_DOCUMENT_TOKEN_TO_BE_REPLACED