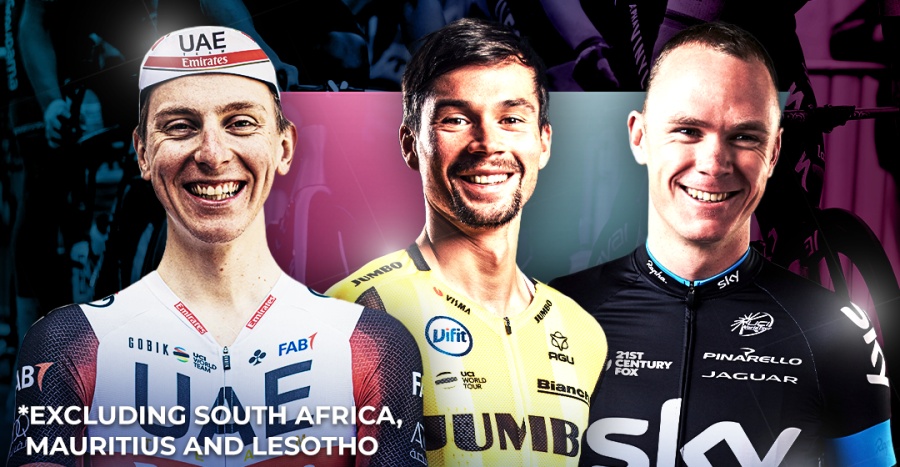 Related Topics:Tour de France
Up Next

On Tuesday, August 2, Netflix hosted a “See What’s Next Africa” content showcase in Lagos, Nigeria, to spotlight its increased investment in Africa’s rich storytelling history through exciting new projects in a wide range of genres and formats that will be available in 190 countries. END_OF_DOCUMENT_TOKEN_TO_BE_REPLACED

Religious fanaticism and extremism have plunged countries into chaos and conflict the world over. Countries in West Africa that have been affected include Nigeria, Burkina Faso and Mali among others. END_OF_DOCUMENT_TOKEN_TO_BE_REPLACED

The meteoric rise of the African entertainment industry into a reckoning force within the global entertainment landscape has been accentuated by MTV Base’s tireless commitment to expanding the acceptance of African music, lifestyle, and entertainment across the globe. Over the last two decades, and in recent times, it has affirmed this commitment with various innovative campaigns, the most recent of which is its Musicology series.   END_OF_DOCUMENT_TOKEN_TO_BE_REPLACED

This Week’s Episode Features a Conversation With Fireboy DML, the 5 Hottest Tracks of the Week, Africa Rising and Dadaboy Ehiz’s Favourite Track of the Week! END_OF_DOCUMENT_TOKEN_TO_BE_REPLACED