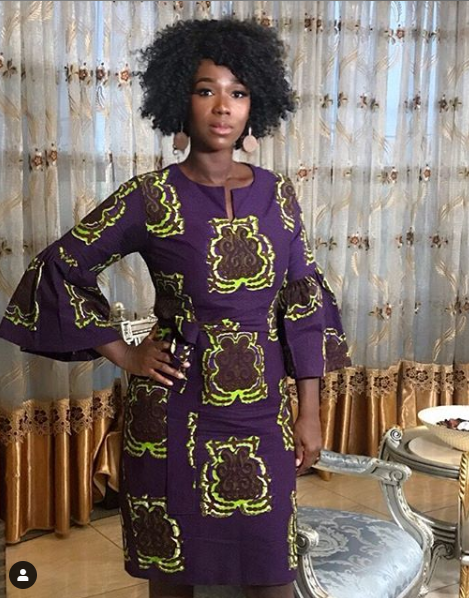 Award-winning Ghanaian actress, Ama K Abebrese is returning to television with a brand new documentary series titled “Champions of Society” which will be airing on Kwesé TV.

According to Ama, the drive behind the docu-series was to highlight un-sung heroes in the health sector of Ghana who are impacting lives.

“I really just wanted to highlight people who are making impact in the health sector in Ghana. It is really a passion project and I wish I have more money to do more. But it is just to highlight these people to say they are doing a good job. There is woman called Aunty Mercy, she is the one that runs the HIV & AIDS Clinic at Ridge Hospital. Everybody knows her. I am passionate about them and that’s just a part of me.”

This new docu series is co-produced and directed by the mother of one.

Ama K is an accomplished television presenter and actress. She has worked at BBC2, OBE TV, Viasat 1, TV3, Ebonylife TV including others. She has also featured in award-winning movies including “Beats of no Nation” and “The Burial of Kojo”.

The six episodes docu-series will premiere this Sunday, June 2 at 8:00pm on Kwesé TV.

My new social documentary series ‘Champions of Society’ highlights the work of different champions in Ghana’s health sector that impact lives. It premieres this Sunday, 2nd June at 8pm on @kwese_gh

Bose Ogulu has told her son Burna Boy to “tone down the madness” as she celebrated his birthday. END_OF_DOCUMENT_TOKEN_TO_BE_REPLACED

The Hewale Lala (Song Of strength) hit maker Perez Musik gets ready to have his first-ever major concert. END_OF_DOCUMENT_TOKEN_TO_BE_REPLACED

Kofi Sonny, CEO of 610Music, a direct representative for Universal Music Group in Africa, unveiled two of his newly signed artistes to the world over the weekend. The event pulled in dignitaries from all over the globe to witness what many have dubbed “the birth of greatness.” END_OF_DOCUMENT_TOKEN_TO_BE_REPLACED

GuiltyBeatz is ringing in the summer! The Grammy-nominated Ghanaian producer and DJ is back with another dazzling solo effort – an Amapiano-infused dance anthem ‘Universe’ featuring Pop sensation, Mr Hudson and buzzing Ghanaian singer, Twitch 4EVA. END_OF_DOCUMENT_TOKEN_TO_BE_REPLACED