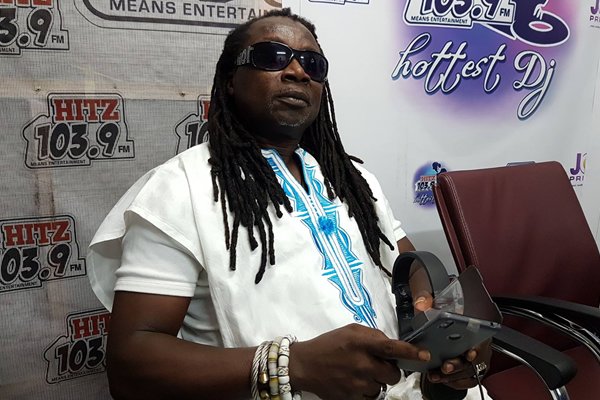 Veteran musician Amandzeba Nat Brew has narrated how he nearly died after contracting tetanus when he was eight-years-old.

Amandzeba, as he is affectionately called, made the revelation in an interview on Work and Happiness on Adom FM.

According to him, “at age four I fell severely sick which I survived but at eight I had severe tetanus that I couldn’t move. I couldn’t blink my eyes so I was taken to the fever unit where patients who were not responding to treatment were kept.”

“I witnessed cases where patients in the room with me died one after the other until it reached a point where I was the only one surviving,” he recalled.

The ‘Dede’ singer further expressed that this made him trust in God’s will for mankind thus his belief that whatever is granted anyone on earth will surely come to pass.

Amandzeba, for decades, has thrilled Ghana and the world at large with great songs some of which include ‘Dede’ and ‘Wogbe Jeke’.

Menzgold releases date for documents validation ahead of customers payment

Bose Ogulu has told her son Burna Boy to “tone down the madness” as she celebrated his birthday. END_OF_DOCUMENT_TOKEN_TO_BE_REPLACED

The Hewale Lala (Song Of strength) hit maker Perez Musik gets ready to have his first-ever major concert. END_OF_DOCUMENT_TOKEN_TO_BE_REPLACED

Kofi Sonny, CEO of 610Music, a direct representative for Universal Music Group in Africa, unveiled two of his newly signed artistes to the world over the weekend. The event pulled in dignitaries from all over the globe to witness what many have dubbed “the birth of greatness.” END_OF_DOCUMENT_TOKEN_TO_BE_REPLACED