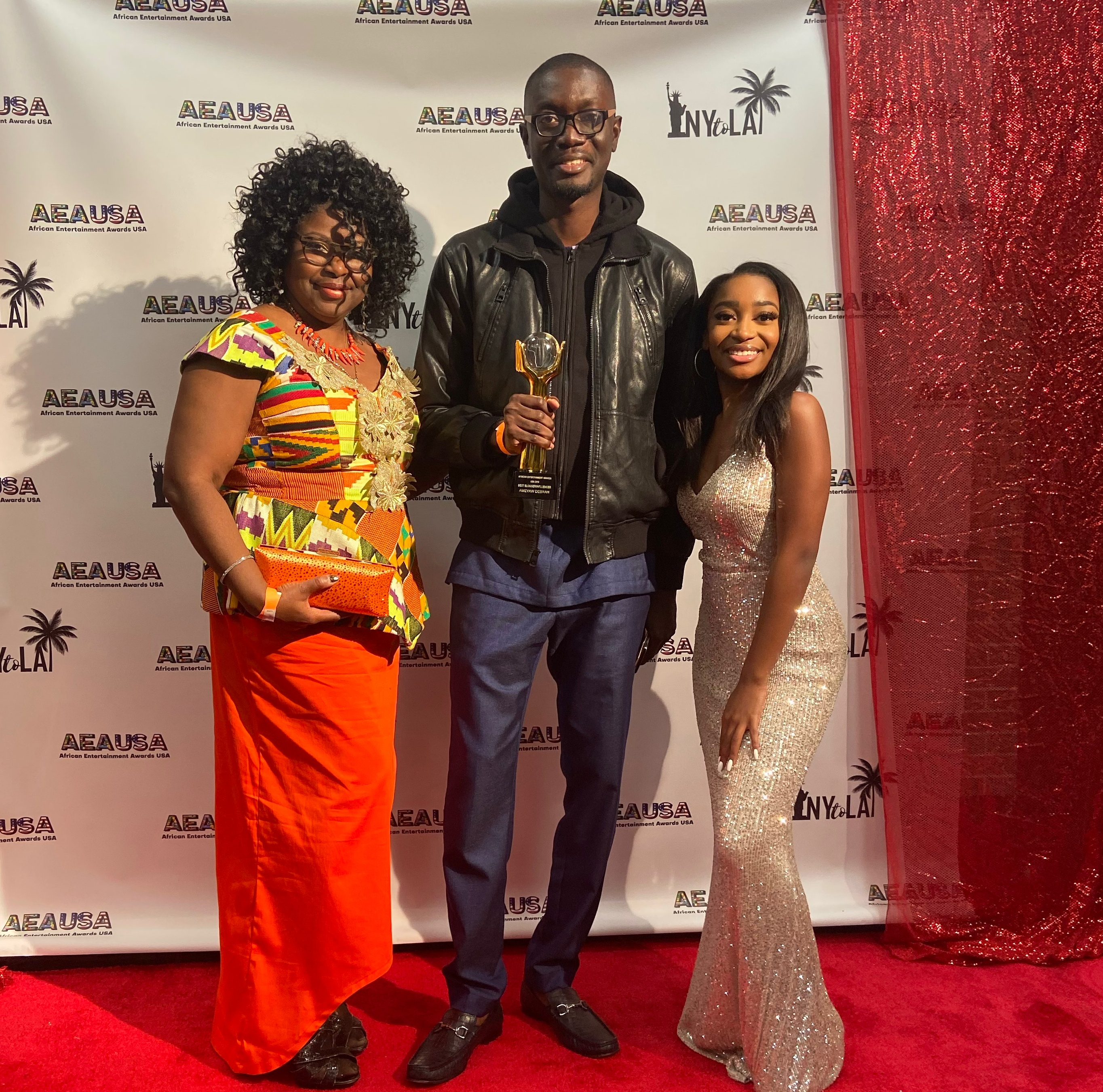 The  5th Annual African entertainment awards USA took place at the Kupfrian Hall Jim Wise theater N.J.I.T in New Jersey over the weekend with several awards handed out to entertainers and activists from Africa and the diaspora.

Ghana’s Stonebwoy won two awards on the night. The Ololo hitmaker won the Best Male Artiste of the Year and went on to win the Best Video of the Year with his Kpo K3k3 Video directed by Babs Direction. Sarkodie and Shatta Wale picked up the nods for Best Hiphop and Best Dancehall respectively. The three Ghanaian stars were not present to pick up their awards.

@morachiofficial performs in a Towel a the Africa Entertainment Awards USA . #aeausa2019 #ameyawtv

Kenzo, who is on a tour in the US, in his acceptance speech thanked his fans for standing by him in his career.

He said, “I dedicate this award to all my fans, to all my people who know the struggle. My name is Eddie Kenzo a very strong boy, street kid and ghetto man but working hard to make a big impression.  I dedicate this to all East African people, thank you so much for the support.

AEAUSA was established in New Jersey USA to support, celebrate and uplift African Entertainment. It uses entertainment as a platform, to showcase an Africa that is united, self-sufficient, and willing, and able to evoke social change that matters most in the communities of Africans all over the world.

John Dumelo calls for twice a week wearing of ‘Made In Ghana clothes,’ says it will create jobs

Bose Ogulu has told her son Burna Boy to “tone down the madness” as she celebrated his birthday. END_OF_DOCUMENT_TOKEN_TO_BE_REPLACED

The Hewale Lala (Song Of strength) hit maker Perez Musik gets ready to have his first-ever major concert. END_OF_DOCUMENT_TOKEN_TO_BE_REPLACED

Kofi Sonny, CEO of 610Music, a direct representative for Universal Music Group in Africa, unveiled two of his newly signed artistes to the world over the weekend. The event pulled in dignitaries from all over the globe to witness what many have dubbed “the birth of greatness.” END_OF_DOCUMENT_TOKEN_TO_BE_REPLACED