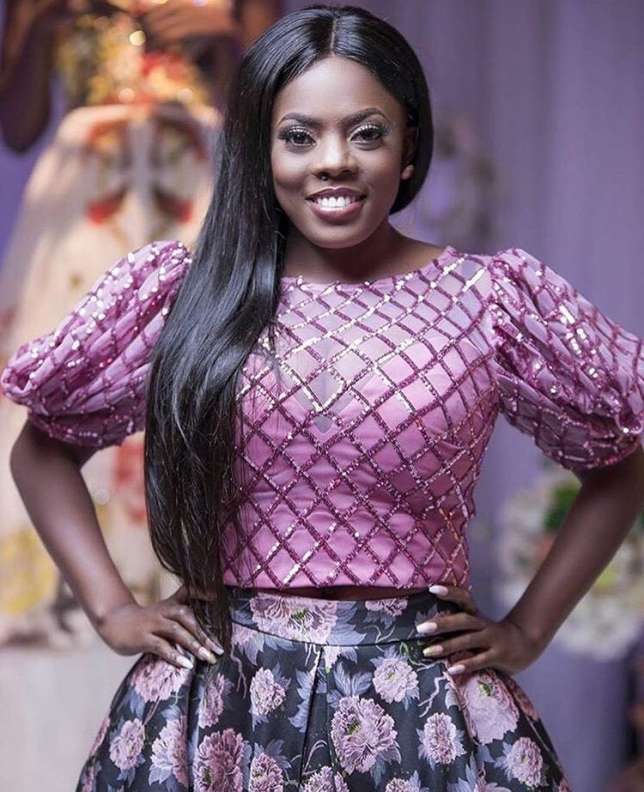 If you follow ace broadcaster Nana Aba on any of her social’s you’ll definitely know her love for Ghanaian rapper Sarkodie is nothing shes shy about.  Shes either posting videos lip syncing to his raps or saying something smart under his comment section. Sarkodie made the announcement via his Instagram account with the caption, Hello SarkNation say hi to your Public Relations Officer @thenanaaba ???? Nana Aba is expected to use her voice and influence to project the Sarkcess music brand to the next level. Congrats Nana Aba Anamoah.

STRIKA OF ‘BEAST OF NO NATION’ NOW A BEGGAR AT KANESHIE MARKET?

Its no news that ‘beast of no nation’ was one of the higest box office grossing movies in 2015, It starred Hollywood actor Idris Elba and Introduced us to Ghanaian child actor Abraham Attah. Abraham later went on to become a hollywood star and has been bagging roles here and there. But it has recently emerged that one of the kid who also featured in the movie didnt quite make it to success as he was recent spotted at kaneshie market selling yam. A Facebook user by the name Caleb Nii Boye made this sad revelation on his Facebook on Monday morning MyNewsGh.com sighted. It read; “I am sad this morning. I was heading to the Ghana Institute of Journalism campus and I met Striker. You would ask who is Striker? Striker starred in the movie Beast of No Nations. The said film that made Abraham Attah. Today I met him begging for money on the road leading to GIJ. I called him and brought him to campus. Speaking to him he tells me he now works with a gentleman who sells Yam at Agbogbloshie Market. He stays with his grandma at North Kaneshie”. This comes as a shock since Kobina Amissah-Sam in an interview with MzGee on Hitz FM in 2016 said all the kids who took part in the movie have been well taken care of. We actually dont know the details of his contract back then, but been attached to a movie as big as ‘Beast of no nation’ selling yam at kaneshie market was definitely not what his fans expected and we can only hope for the situation to change.

SANDRA ANKOBIA OBVIOUSLY DIDNT COME TO PLAY WITH ANYONE AT BECCA’S TRADITIONAL WEDDING!!

Ghanaian entrepreneur, lawyer, philanthropist and Tv host, Sandra Ankobiah was one of the bridesmaids at Becca’s wedding. She’s been playing bridesmaids roles this year and this happens to be the second wedding we’ve seen her play the role of one of the bridesmaids. Shes said to be a very close friend of the singer/songwriter so it was no surprise she was one of her bridesmaid. Other Maids included bridesmaid, Jackie Appiah, Chantel Asante, Yvonne Nelson, Joselyn Dumas and other beautiful ladies. As always, Ms. Thing showed up and showed out. Sandra is well known for bringing her fashion game on at such luxurious events and we can’t help but admire her look at the wedding. SANDY YOU DID THAT!!

DANIEL OLUWA TOBI SANNI LIKED IT SO MUCH, HE PUT A RING ON IT!!-BECCA IS ENGAGED

Ghaniana singer/songwriter Becca got married to a Nigerian artiste manager called Daniel Oluwa Tobi Sanni. Here are some facts about Tobi Sanni Daniel.He holds a degree in Business Administration and management and a Chartered Economist. Tobi Sanni-Daniel is a Yoruba from Nigeria. He studied Business Administration and Management at the University of Ilorin. He went on to study and became a Graduate Chartered Economist (GCE). He furthered his education and then became an Associate Chartered Economist.In 2016, he became a Fellow Chartered Economist (FCE) at the 2016 Economist Merit Awards. The Prestigious Award is given by the Institute of Chartered Economists of Nigeria (ICEN) Tobi has worked with Triumph Bank. He later moved to Liberty Bank where he acted as the head of treasury operations. The two has been dating for quite some years now but decided to keep it on the low to avoid the media dissecting their every move. Congrats to the newly engaged couple.

Recording artiste, Stonebwoy won the ultimate in the field of entertainment at the 2018 Exclusive Men of the Year (EMY) Africa awards. He took home the ‘Man of the Year – Entertainment‘ award beating competition from comedian DKB, Kumawood actor Akrobeto, Playwright Latif Abubakar and movie producer Abdul Salam. Kuami Eugene won ‘Discovery of the Year‘ award ahead of boxer Isaac Dogbe, King Promise, Kobby Blay and Alloysius Attah. Okyeame Kwame beat Nathaniel Attoh, Stephen Appiah, Harold Amenyah and Jake Obeng-Bediako to win ‘Man of the Year Style’ award. The awards celebrates exceptional and distinguished men in Africa who have excelled in their fields of endeavours. A total of 24 awards were awarded to people who have distinguished themselves and initiated steps to help in the development and progress of families, societies and the African region at large. It was held at the Kempiski Hotel on Saturday, August 18, 2018.The awards scheme was powered by Carbon Av and Exclusive Men’s Magazine.]]>
Related Topics:
Up Next