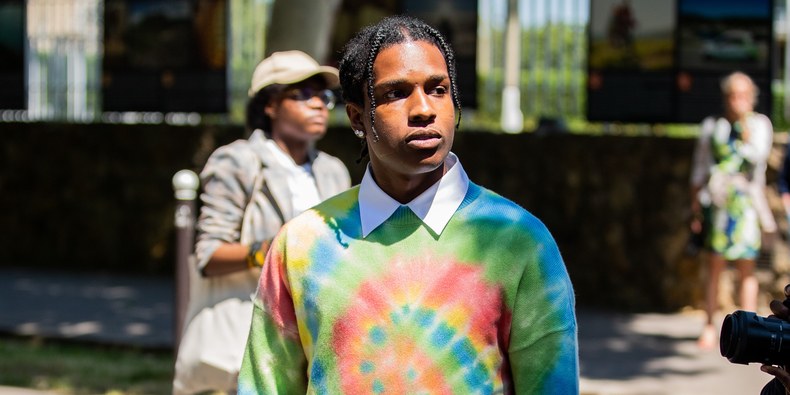 American rapper, ASAP Rocky has been charged with assault in Sweden and will remain in custody until a trial takes place, prosecutors say.

The rapper was arrested in Stockholm in early July. The two men arrested with him have also been charged with assault.

His arrest followed a fight that was captured on video, with ASAP claiming he had acted in self-defence against men who were following his group.

A date has not yet been set for trial.

The Swedish prosecutor in charge says he decided a crime had been committed – despite claims of self-defence and provocation – after “studying the videos made available to the inquiry”.

“It is worth noting that I have had access to a greater amount of material than that which has previously been available on the internet,” said Daniel Suneson of the City Public Prosecution Office.

He added that the alleged victim’s statement was supported by witness statements.

There were initially two alleged victims in the case, but the prosecutor has dropped one of their cases due to a lack of evidence.

An alleged victim – who was also being investigated on suspicion of abuse, assault, and attempted assault – had his case closed on 22 July.

The rapper’s detention in Sweden has attracted the attention of US President Donald Trump, who said he’d spoken to the Swedish Prime Minister after requests to intervene from Kanye West and his wife Kim Kardashian West.

Just had a very good call with @SwedishPM Stefan Löfven who assured me that American citizen A$AP Rocky will be treated fairly. Likewise, I assured him that A$AP was not a flight risk and offered to personally vouch for his bail, or an alternative….

It’s led to multiple cancelled festival appearances and threats to boycott Sweden from some of his fellow artists.

The rapper’s mum recently pleaded for his release, saying he “isn’t really eating properly” and suggesting he’s being made an example of.

Cheryl, 61, and Quran McCain, 24, who became TikTok sensations by sharing details about their relationship with more than 2.3 million followers on just one account (@Kingqurannewpage), have revealed they are willing to spend up to £120,000 on a surrogate to have a baby together. END_OF_DOCUMENT_TOKEN_TO_BE_REPLACED

The BBC has received six complaints against disgraced DJ Tim Westwood over alleged bullying and sexual misconduct, including a historical one that was referred to the police, despite previously insisting it was unaware of any concerns about the DJ’s behaviour. END_OF_DOCUMENT_TOKEN_TO_BE_REPLACED

Amber Heard’s legal teams filed an official motion in court on Friday that the verdict in her blockbuster case against Johnny Depp is thrown out. END_OF_DOCUMENT_TOKEN_TO_BE_REPLACED

US clergyman, Creflo Dollar, has denounced his position on tithing. For many years, Creflo had preached on the importance of Tithing and had informed his congregation that failing to tithe opens the door for devourers to come in and destroy a person’s life. END_OF_DOCUMENT_TOKEN_TO_BE_REPLACED

David Beckham and Victoria Beckham have taken to Instagram to profess their love for each other on their 23rd wedding anniversary. END_OF_DOCUMENT_TOKEN_TO_BE_REPLACED

Chris Brown has said the public is only interested in negative news about him but go silent when he drops an album. END_OF_DOCUMENT_TOKEN_TO_BE_REPLACED