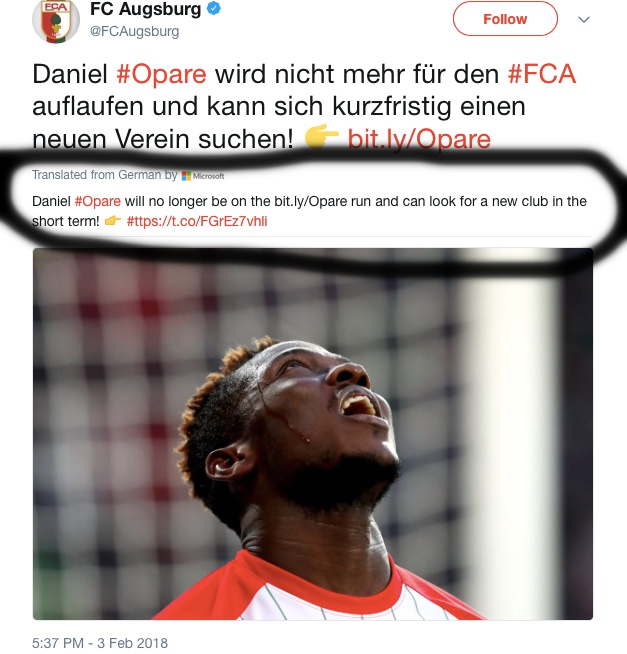 Ghanaian footballer Daniel Opare, who has been a target of Leicester City,  has been sacked by his german team, Augsburg for gross indiscipline and dishonesty for consistently lying to the German side over his sneaky activities to leave the club under the cloak of secrecy. The Bundesliga side have promptly withdrawn their contract extension offer for the player whose deal with the top-flight club expires at the end of the season. In a hugely damaging press statement, the fed-up Bundesliga side revealed why they sacked the right-back on Saturday night stating that Opare had consistently lied to the club with breathtaking arrogance. He is now free to join clubs like Leicester City and Schalke who will now have doubts after his disciplinary problems emerged in the terse press statement released on Saturday. The Ghana international, who was angling for move before the transfer window shut three days ago, was fired on Saturday night after he was exposed to be secretly talking to the English side over a move.]]>

Related Topics:Daniel Opare
Up Next

Tonto Dikeh's ex pulls the plug on reality TV show because it involves their son?