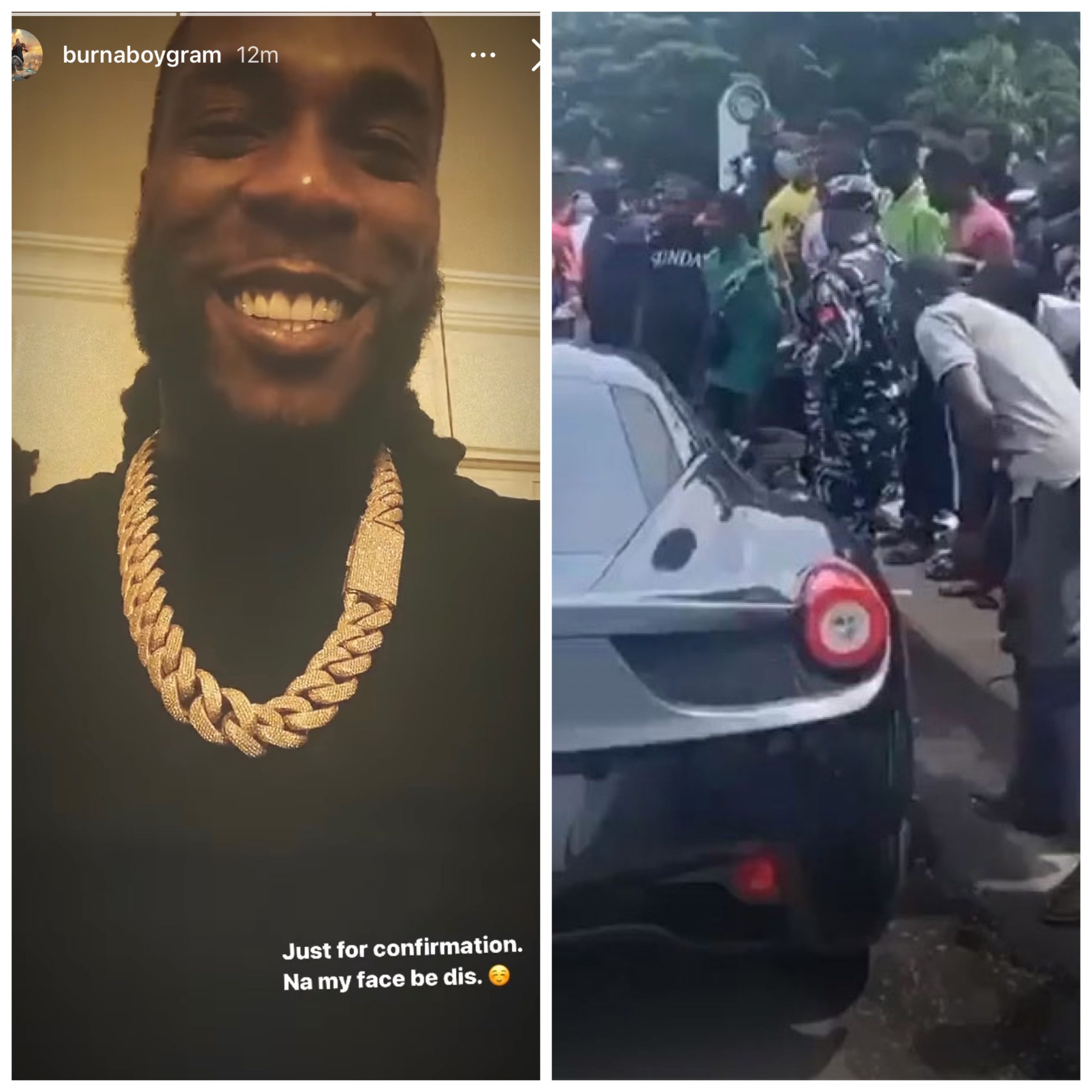 Nigerian Superstar, Burna Boy has confirmed that he was involved in a nasty car accident.

Earlier today, there were several reports on social media that the “Ye” hit maker was involved in an accident in his Ferrari.

“Yes, it’s true. I had a bad accident in my Ferrari today. My leg just hurts a little but I’m fine,” he wrote.

“It’s just funny how everyone came out with their phones to record me instead of trying to help. I guess they were excited to see me despite the situation. But I love you all. Gambo got me.”

Ghanaian movie producer, Pascal Aka has revealed how movie awards schemes in Ghana do not take the movie industry seriously compared to their Nigerian counterparts. END_OF_DOCUMENT_TOKEN_TO_BE_REPLACED

Ghanaian actor, Prince David Osei has expressed his concerns about the implementation of tax on mobile electronic transactions (e-levy) and if the government will put the monies into good use. END_OF_DOCUMENT_TOKEN_TO_BE_REPLACED

Ghanaian Lawyer, Sandra Ankobiah is not new to the fine and luxurious life. END_OF_DOCUMENT_TOKEN_TO_BE_REPLACED

General Manager of GhOne TV, Nana Aba Anamoah has cautioned young girls not to fall for the pressures of society and rush into marriages. END_OF_DOCUMENT_TOKEN_TO_BE_REPLACED