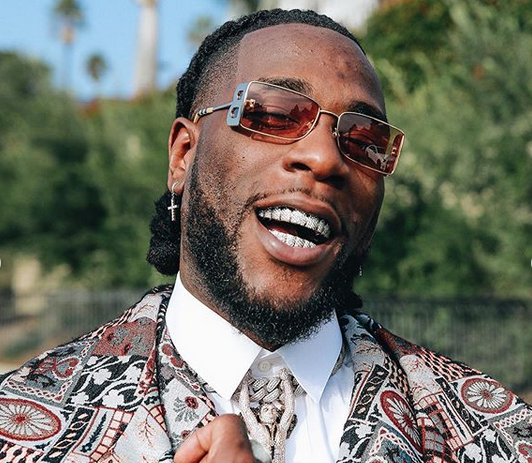 Nigerian musician, Burna Boy has received his second Grammy nomination. His album, ‘Twice as Tall’ was nominated for the newly named ‘Global Music’ award. Last year, his album ‘African Giant’ was nominated in the same category that was previously known as ‘World Album’.

This year Burna Boy faces competition from  Antibalas, Bebel Gilberto, Anoushka Shankar and Tinariwen.  Meanwhile Beyoncé is bringing her black parade to the Grammys: The pop star’s anthem about Black pride scored multiple nominations Tuesday, making her the leading contender with nine. Beyoncé picked up song and record of the year bids with “Black Parade,” which she released on Juneteenth, the holiday that commemorates when the last enslaved African Americans learned they were free.

Beyoncé’s “Black Is King” film that highlighted Black art, music, history and fashion is up for best music film while “Brown Skin Girl,” a song dedicated to dark- and brown-skinned women, is nominated for best music video. The singer also earned three nominations for her slick guest appearance on Megan Thee Stallion‘s No. 1 hit “Savage,” including record of the year, best rap performance and best rap song.

A winner of 24 Grammys, Beyoncé becomes the second-most nominated act in the history of the awards show with 79 nominations. She is tied with Paul McCartney, who earned a nomination this year for best boxed or special limited edition package.

Legendary Ghanaian highlife musician and performer, Kwabena Kwabena has revealed what inspires him to get his lyric juices flowing.  END_OF_DOCUMENT_TOKEN_TO_BE_REPLACED

Ghanaian Media Personality, Jessica Opare Saforo has stated that working for close to two decades in the media took the best parts of her life. END_OF_DOCUMENT_TOKEN_TO_BE_REPLACED