South African singer Sho Madjozi has accused Burna Boy of being the main reason ‘Own It Remix’ was taken down from the internet after its release.

Sho Madjozi in a lengthy Twitter thread claimed that Burna Boy asked Stormzy’s team to take down the remix of the hit song she featured on after she was nominated alongside Burna Boy for Best International Act in the 2020 BET awards. 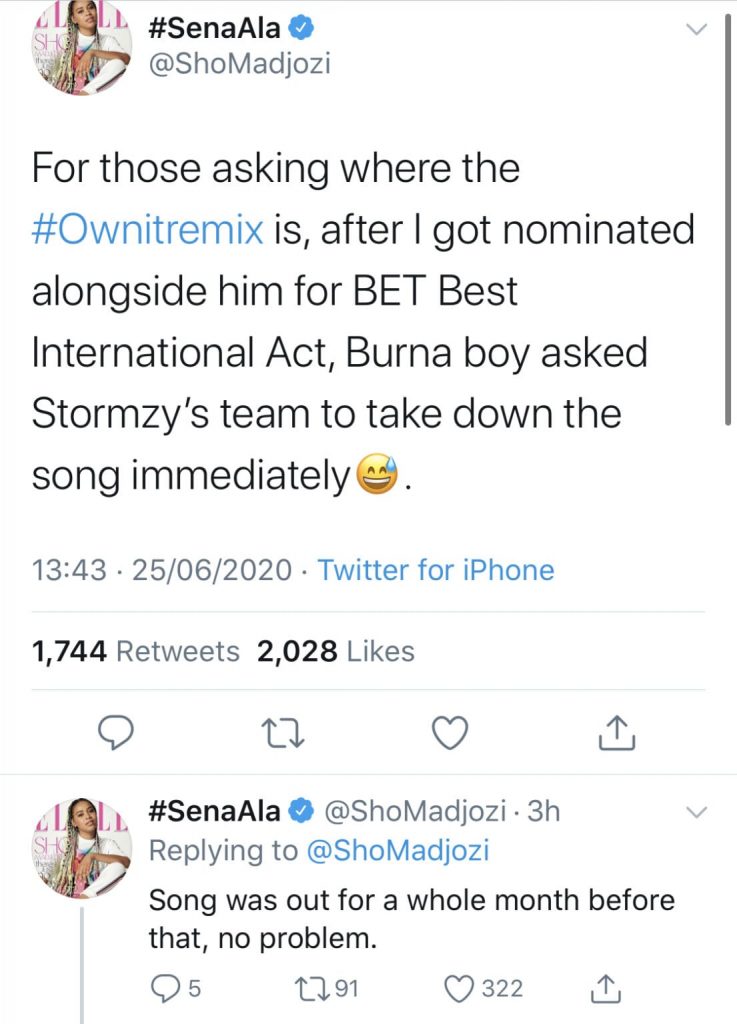 “Own It” by British rapper Stormzy originally features Ed Sheeran and Burna Boy. A remix featuring Sho Madjozi was released in May, however, the song has now been taken down.

Sho Madjozi also claimed that she and Burna Boy were on good terms until she was nominated alongside him for this year’s BET awards. Madjozi claims Burna Boy took it down because he felt she was a threat.

Burna Boy in his response tweeted that the removal of the song had nothing to do with him or the awards as the remix wasn’t “properly” cleared with his record label. 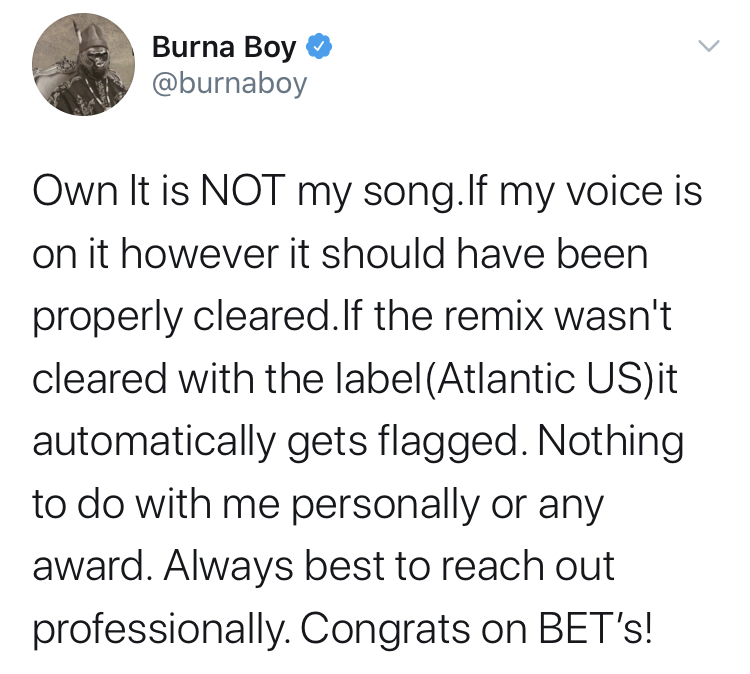 A Davido, Kelvyn Boy collabo could be on the way. END_OF_DOCUMENT_TOKEN_TO_BE_REPLACED

Eyinatayo Iluyomade, a 19-year-old Lagos-based comedian, has been arrested and charged to court for saying an expensive joke. END_OF_DOCUMENT_TOKEN_TO_BE_REPLACED

Despite the public not being privy to the romantic life of Ghanaian actress Salma Mumin, she has revealed her heart has been broken several times. END_OF_DOCUMENT_TOKEN_TO_BE_REPLACED

The Lioness of Africa, Wiyaala and the King of African Dancehall, Shatta Wale on Saturday, August 13, 2022, rocked the Summer Stage in New York City. END_OF_DOCUMENT_TOKEN_TO_BE_REPLACED

Legendary Ghanaian rapper, Tinny has descended heavily on Stonebwoy and Mercury Quaye over some comments they had made on radio concerning the confiscation of his car. END_OF_DOCUMENT_TOKEN_TO_BE_REPLACED