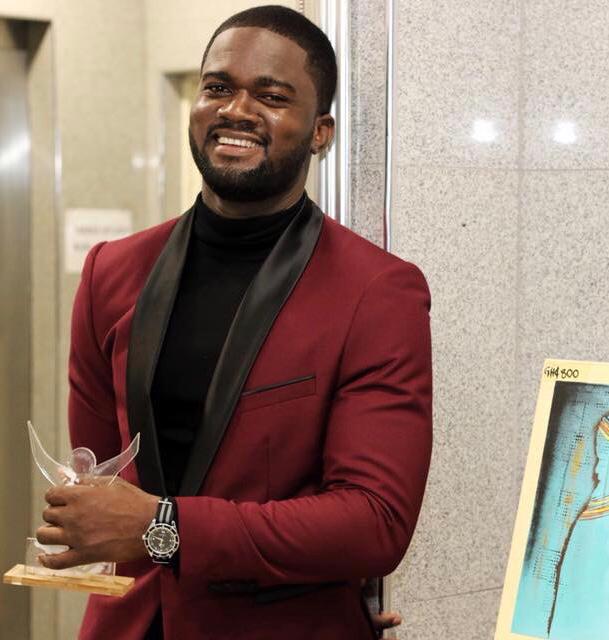 Read Also
CEO of Caveman watches Mr Anthony Dzamefe shortlisted shortlisted as 1 of 5 most influential Ghanaian Entrepreneurs,  which is curated by PR & Rating firm, Avance Media.
Mr Anthony Dzamefe made it to the top 50 and is part of the 5 young influential Ghanaians entrepreneurs shortlisted in the business category.
Mr. Anthony Dzamefe who started Caveman Watches just about a year ago has already chalked many honors and awards the most recent one being the 40 under 40 honors where his company was adjudged the best company in Technology and innovation.
Akon and Don Jazzy, two of Africa’s biggest artists have also endorsed Cavemanwatches with Don Jazzy acting as a brand ambassador of sorts for the company in Nigeria and the world, Akon on the other hand was so impressed with the Caveman watch that he took his Rolex watch off and put the Caveman Turbo on immediately it was presented to him. Cavemanwatches was also profiled in the New York Times alongside other African watch makers.
It must be noted that Cavemanwatches is the first and only Ghanaian owned watch manufacturing company in the country currently. They also produce high quality wall clocks and leather straps for all kinds of watches.
Speaking to Mr Anthony via phone, he expressed his gratitude to the organizers for being part of the shortlisted personalities and also assured Ghanaians that Caveman watches is here to stay. He is thankful to Ghanaians for their massive support to hold and build together a global brand to place Ghana among the giants in the Wristwatch industry. He expressed his sincere dream to ignite a new wave of young entrepreneurs and help fight unemployment in Ghana. Mr Dzamefe also spoke briefly about the introduction of the Caveman Endo Turbo which is another amazing addition to the Caveman range.
Currently in its fifth year, the annual ranking by Avance Media has helped highlight the works of young Ghanaians across the world and has seen notable personalities such Anas Aremeyaw Anas (2015 & 2016), Kow Essuman (2017) and Prophet Daniel Amoateng (2018) voted as the Most Influential Young Ghanaians in the previous years.
Honourees cut across diverse sectors with these inspiring young change-makers and leaders making great strides as entrepreneurs, musicians, activists, media personalities, social entrepreneurs, public servants and politicians.
Continue Reading
Advertisement
You may also like...
Related Topics:Anthony Dzamefe