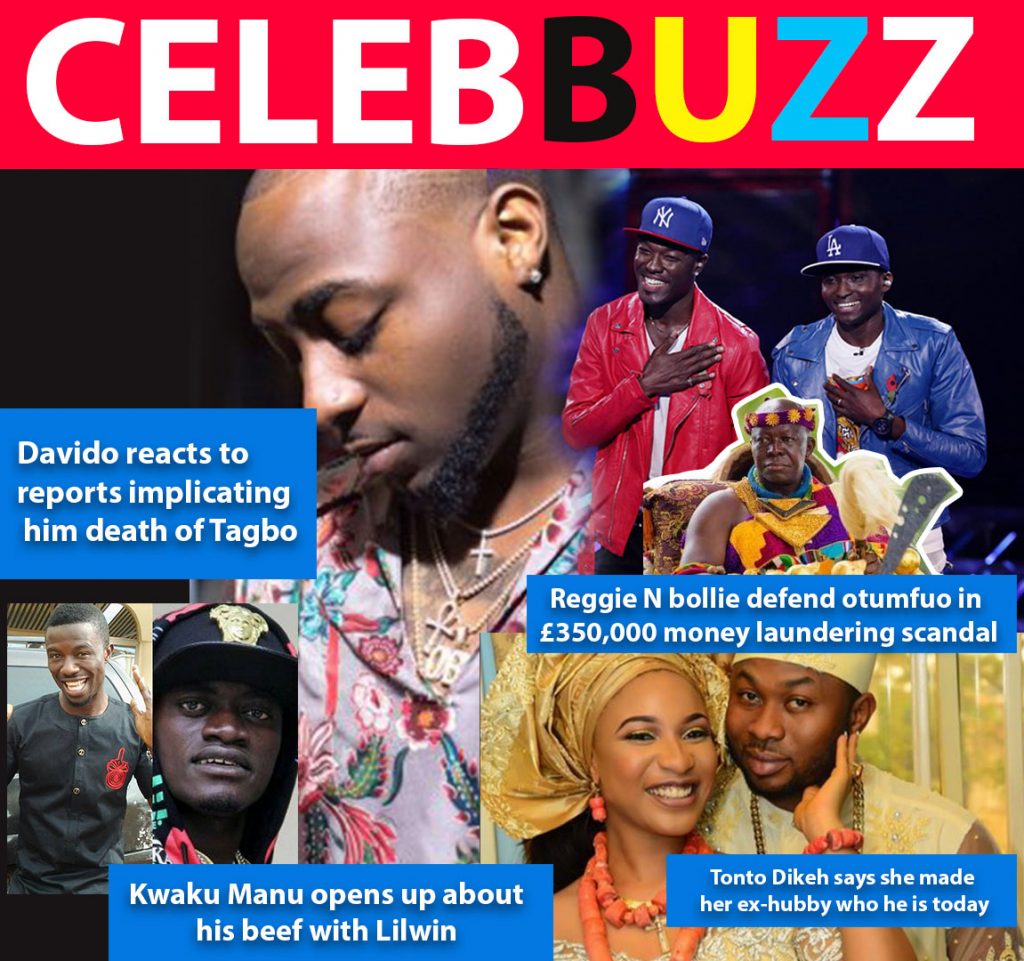 Davido reacts to reports implicating him death of Tagbo

Davido publications against him that suggest he was involved in the death of a young man called Tagbo.

UK based  duo Reggie and Bollie decided to jump to the defence of Otumfuo on social media in response  The Telegraph newspaper’s article implicating the Ashanti King in a  £350,000 money laundering scandal.

Tonto Dikeh and ex-husband, Olakunle Churchill. have gone out on their own to give us more than we ever asked for.

Kwaku Manu opens up about his beef with Lilwin

Kwaku Manu has told the world the cause of their beef which has just started. Speaking on Thunder TV,  he asked Kwadwo Nkansah to be careful with the young boys he walks around with.