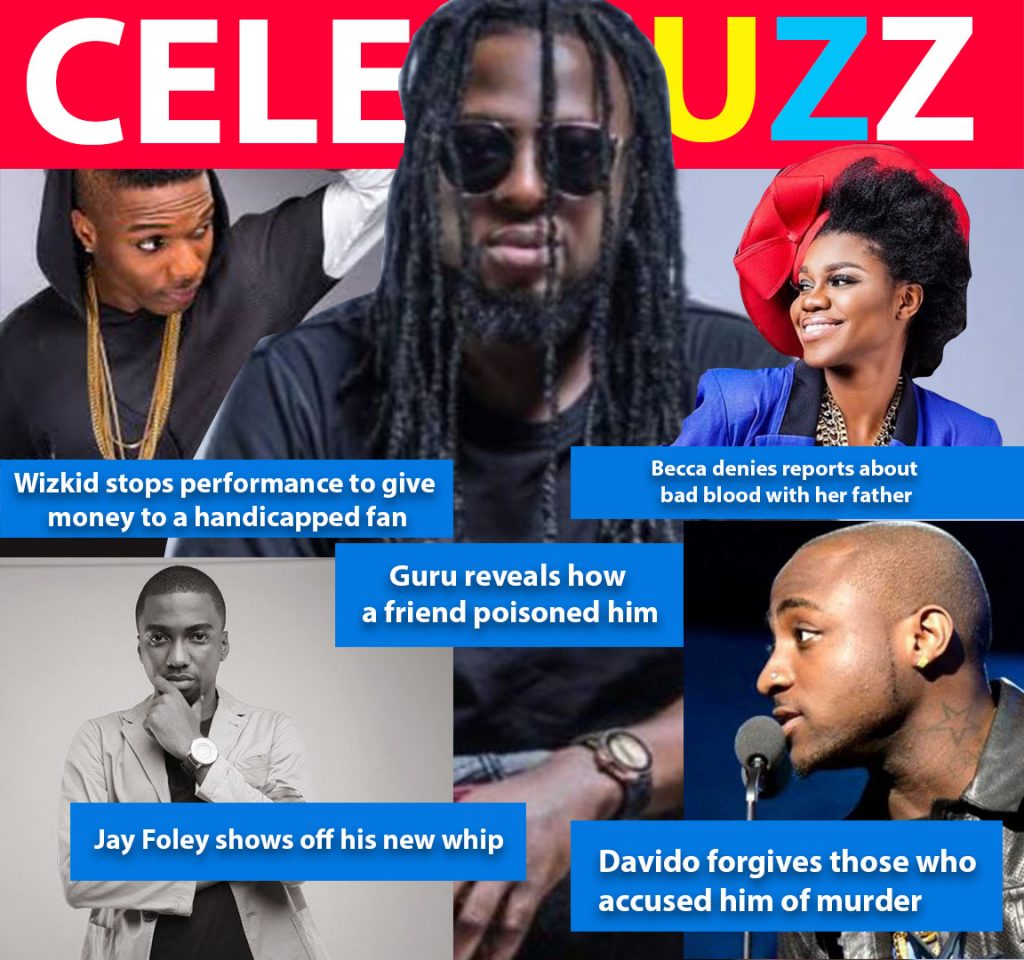 Wizkid stops performance to give money to a handicapped fan

Wizkid was performing at Felabration, when he spotted a physically challenged fan among the crowd jamming to his music

Radio and TV host, Jay Foley has been posting photos of a new white convertible  Chrysler, with a coded message “forty87” .

Guru reveals how a friend poisoned him

Hiplife Guru has revealed on the Delay Show how a trusted friend tried to kill him. He said, he was nearly killed after he unknowingly consumed poison given to him by the friend.

Davido forgives those who accused him of murder

Writing on Snapchat, Davido also said he forgives all those who have erroneously said that he knows something about the deaths of his friends, Tagbo Umeike and DJ Olu.

Becca denies reports about bad blood with her father

Becca has for the first time broken her silence on a purported bad blood between her and her father.

In Photos: The fabulous life of Sarkodie's mother-in-law

Ghanaian actor and entrepreneur, John Dumelo has requested for the funds set aside for the Black Stars, had they qualified to the round of 16 in the FIFA 2022 World Cup, to be used to purchase desks for school kids. END_OF_DOCUMENT_TOKEN_TO_BE_REPLACED

END_OF_DOCUMENT_TOKEN_TO_BE_REPLACED

Accra’s biggest and only photo festival, “Wondaland” is back; this time bigger and better. END_OF_DOCUMENT_TOKEN_TO_BE_REPLACED