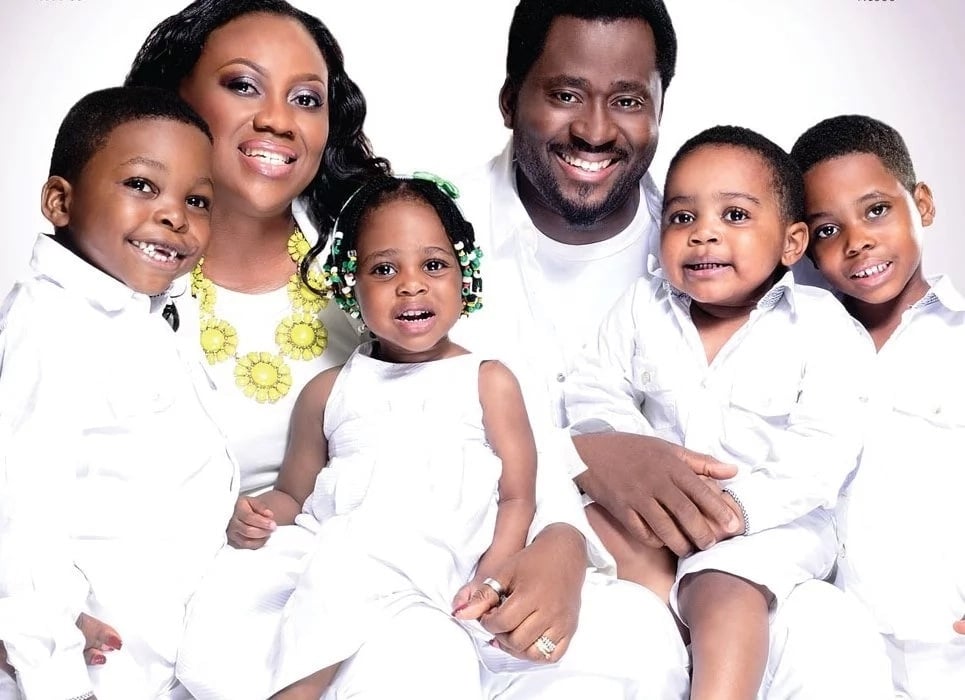 Desmond Elliott and wife celebrate 15th wedding anniversary[/caption] Nigerian actor and politician, Desmond Elliott and his wife, Victoria, are celebrating their 15th wedding anniversary today December 26th. The couple got married in 2003 and have 4 children. Declaring his love for his wife, the movie producer took to his IG page and wrote; https://www.instagram.com/p/Br1oXqfBr19/?utm_source=ig_web_copy_link Desmond Elliot who has starred in over two hundred films, a number of television shows and soap operas won a House of Assembly seat in Nigeria’s federal parliament in 2015.]]>

Related Topics:desmond elliot
Up Next

‘I deserve 2019 VGMA Artist Of The Year’- Patapaa warns Charterhouse

Burna Boy has revealed in an interview that American R & B star Toni Braxton gets 60% of the royalties of his last single ‘Last Last.’ Burna Boy made this revelation when answering questions of how the single came about while appearing on a podcast. END_OF_DOCUMENT_TOKEN_TO_BE_REPLACED

Ghana have been banned from competing in the next two editions of the FIFA U17 Women’s African Qualifiers and fined $100,000 by the Confederation of African Football. END_OF_DOCUMENT_TOKEN_TO_BE_REPLACED

Although the music industry in Ghana is heavily dominated by males, there are a few young women, pulling their weight, and rubbing shoulders with their male counterparts. END_OF_DOCUMENT_TOKEN_TO_BE_REPLACED

Chris Fonye popularly known as “Hydraulix Fonye” is a Ghanaian producer, sound engineer, songwriter and singer with a vast experience in the Ghanaian entertainment industry. END_OF_DOCUMENT_TOKEN_TO_BE_REPLACED

Although there may be hundreds of afro-beats artists in the country, Highly Spiritual Music signee, Lasmid believes he is unique. END_OF_DOCUMENT_TOKEN_TO_BE_REPLACED