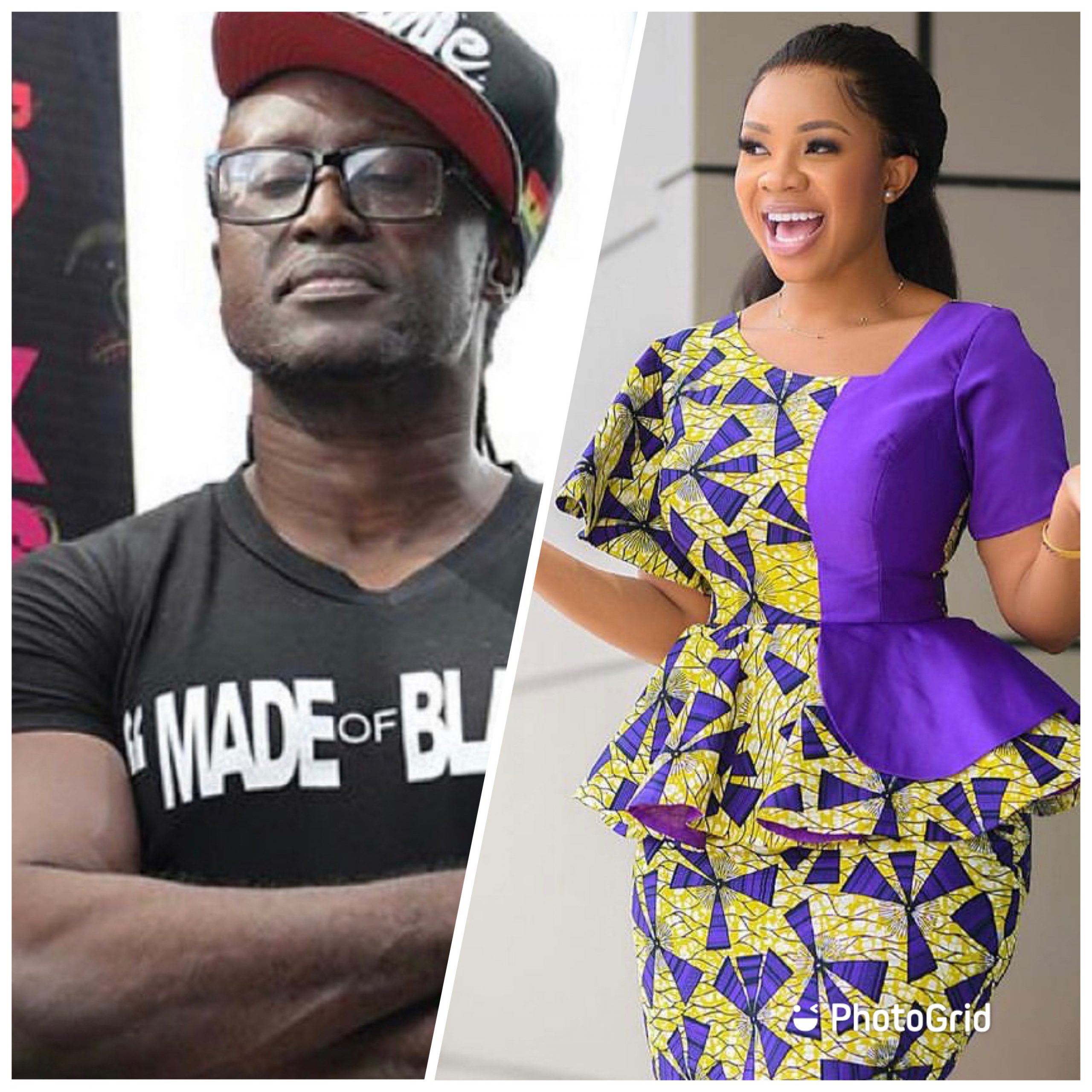 News coming in this morning indicates that the actress, real name Rosemond Brown, has been sentenced to 90 days imprisonment following the publication of nudes photos with her son.

All through he period of her conviction, several celebrities have taken to social media to rally behind her and seek for mercy on her behalf.

Reacting to the news on Twitter, the GhOne Newscaster stated that Akuapem Poloo has pleaded guilty and is ready to face the consequences of her actions. She therefore doesn’t understand why people are asking for her to be freed.

“A person is convicted on her OWN PLEA.this means that the person accepts that he or she is wrong.the natural consequence of pleading guilty on your own volition means that you are ready to be punished. How are we asking for this person to be freed…,” Serwaa tweeted.

Responding to Serwaa’s tweet, Reggie Rockstone explained that they are asking for mercy for Akuapem Poloo because she is human and they care about the plight of her son.

“We ask cos we are human and all bleed red and feel for this person’s plight is why it is ok to ask and more so about her son!” Reggie responded.

A Twitter user by the name @kwesikaa who found Reggie’s comment disrespectful wrote;
“Big man i get you but i think your approach is wrong. questioning whether serwaa has a child is just unfortunate. i believe you know inmates also have family relations?”
Another user by the name @kplorm45 wrote;
“We all sympathize with Polo’s son and I understand Serwaa’s take as a Law student as well but your question however is distasteful please. I never expected that from you Grandpa.”

See screenshot of their exchange below; 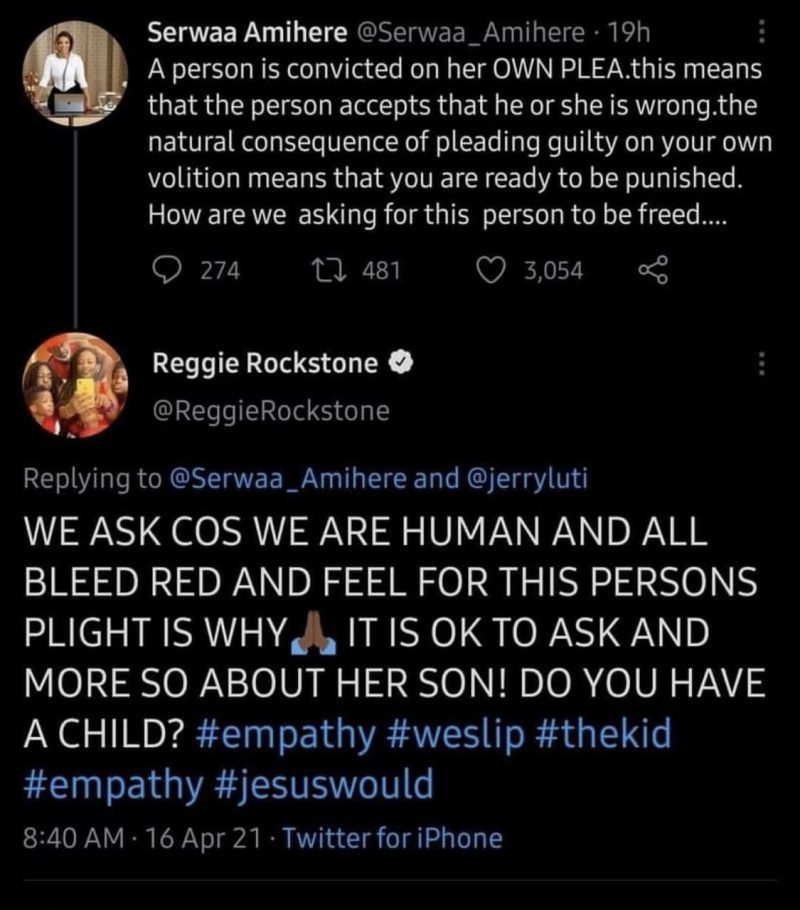