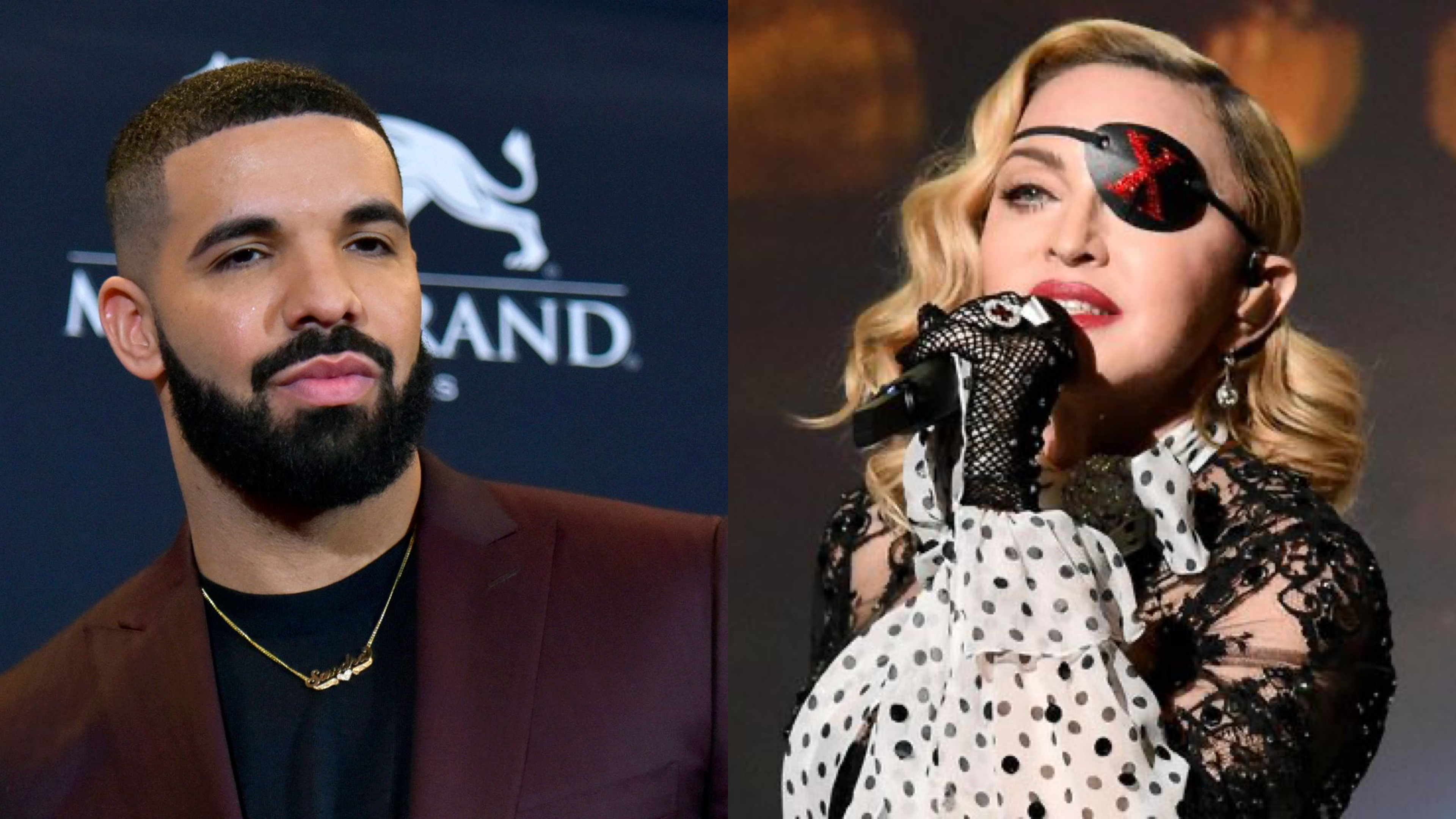 Drake has broken the record for the most top 10 singles in the history of the US Billboard chart, overtaking previous record-holder Madonna.

The Canadian rapper and singer scored his 39th and 40th top 10 hits on this week’s countdown, as the vocalist on DJ Khaled’s singles Popstar and Greece .

The feat comes just 11 years after his first appearance in the top 10, with his breakthrough hit, Best I Ever Had.

Madonna had held the record since 2008, after surpassing The Beatles’ tally.

The British band clocked up 34 top 10 hits between 1962’s Love Me Do and 1995’s Free As A Bird – which featured recovered vocals from the late John Lennon.

Madonna tied the Beatles’ record with Don’t Tell Me, her 34th top 10, in February 2001; and overtook them with the Bond theme Die Another Day the following year.

Her most recent appearance in the upper echelons of the US chart came in 2012, with Give Me All Your Luvin, which she performed at the Super Bowl half-time concert.

The star still holds the record for the most top 10 singles as a lead artist. She’s credited as the main performer on all 38 of her appearances in the top 10.

Drake, however, can only claim the lead role on 25 of his entries, appearing as a featured vocalist on the other 15.

That’s partly due to the collaborative nature of hip-hop, but it’s also evidence of the star’s prodigious work-rate.

Those tallies are boosted by streaming-era chart rules which make every track on an album eligible for the singles chart, as long as they gain enough streams or downloads.

That means that when a hugely popular artist like Ariana Grande or Ed Sheeran releases an album, they’re all-but-guaranteed multiple entries on the Hot 100 the following week.

For example, all but one of the 20 tracks on Drake’s album Views made the Hot 100 in 2016, including the number one hit One Dance. (In the UK, the Official Charts Company closed this loophole after Ed Sheeran’s ÷ propelled 16 songs into the Top 20. Since then, there has been a three-song “cap” for individual artists).

One of Drake’s frequent collaborators Nicki Minaj, has achieved similar success thanks to a combination of hit singles and generous guest spots.

Unsurprisingly, one of those is a duet with Drake – Make Me Proud, which reached number nine in October 2011. 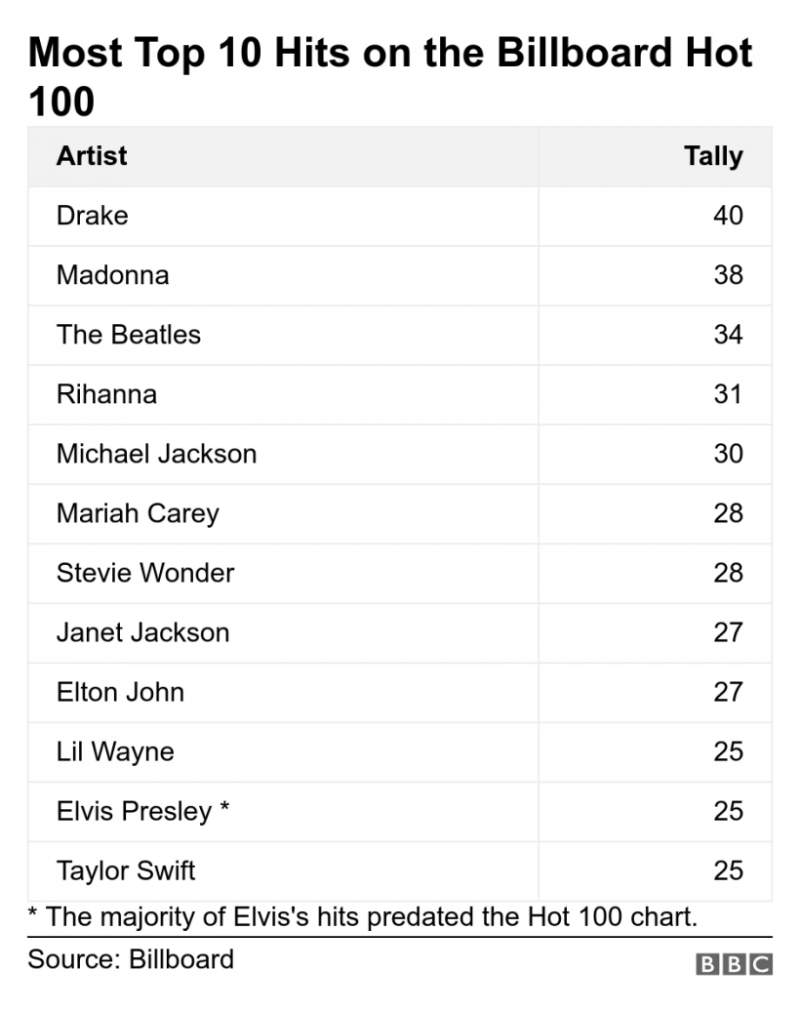 Tiffany Haddish says racism is making her afraid to have children

Watch: Xandy Kamel spotted with a baby bump at Adonko Next Level launch