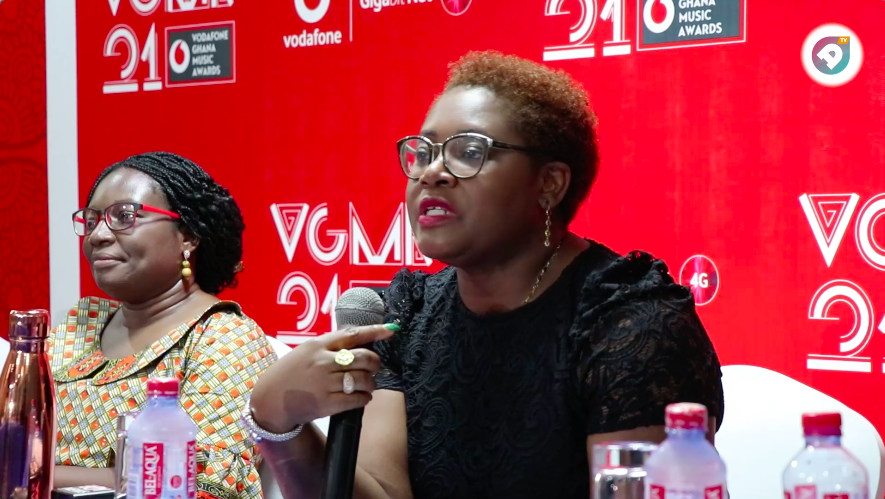 Charter House, producers of the Vodafone Ghana Music Awards, has announced that the old VGMA board has been dissolved for a new one to be constituted.

This was made known during a engagement with the media in Accra on Thursday. The new members of the VGMA board would be unveiled later, according to executives from Charter House.

Mr. Robert Klah,  Public Events and Communication Manager for Charter House, also revealed that over 500 entries have been received so far in the first phase of the 2020 VGMA

At the media media engagement held at the Alisa Hotel, the CEO, Theresa Ayoade addressed concerns from various media persons about the fate of dancehall artistes Stonebwoy and Shatta Wale.The two acts were stripped of all the awards they won at the 20th edition of the Vodafone Ghana Music Awards and banned indefinitely from the award scheme.

According to her, the new board of the award scheme will make the final decision on the future of the two musicians but as it stands, the ban is in full effect.

19-year-old Florida rapper Smokingskul has just shared his new single and video “Nina”. Smokingskul is at the helm of a new era of plugg music known as “dark plugg”which substitutes the ethereal sounds of “plugg” with more tonal melodies that are accentuated by distorted percussion, producing a grimey, DIY sound. END_OF_DOCUMENT_TOKEN_TO_BE_REPLACED

Massimo Youngblood, an afrobeat musician based in Ghana and the United Kingdom, has returned with a fresh new track that features Ciici Mani and one of the United Kingdom’s up-and-coming female vocalists, Laura Dia. END_OF_DOCUMENT_TOKEN_TO_BE_REPLACED

Flavour of Africa’s fiery performance on Sunday night at the 2022 SummerStage music festival in Central Park, New York will go down in history as a night to remember for lovers of African music END_OF_DOCUMENT_TOKEN_TO_BE_REPLACED