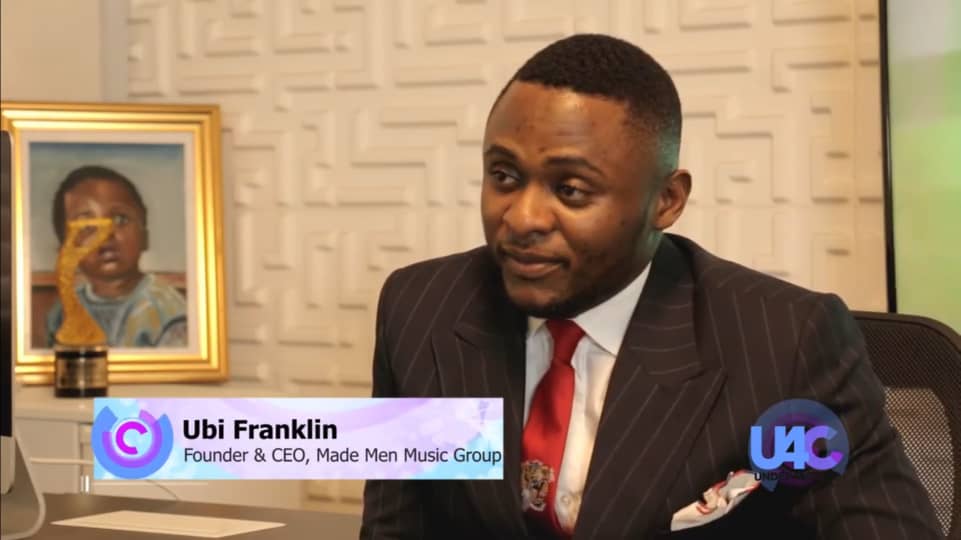 Born in Cross River State as Ubi Ekapong Ofem, Ubi Franklin is is the 11th of 15 children.
Ubi had his primary and secondary education in Calabar, after which he attempted law at the Madonna University.

In 2017, he launched a start-up called Instant Pickup, a service which specializes in instant home pickup and delivery of laundry which has led to the birth of other ‘Instant’ businesses.
Ubi is the founder and CEO of record label Made Men Music Group..

Watch this 2-part episode below:
Part 1

About Under 40 CEOs on Television
The acclaimed television show Under 40 CEOs launched on TVC Entertainment and TVC News on the 9th of October, 2015 and subsequently launched on Silverbird Television Network on the 13th of January, 2016 and has spotlighted inspiring young business leaders aged 40 and under from East, West and South Africa. In addition to the channels above, the series has also aired on or currently running on Africa Magic Family, DBS, ITV Benin, ITV Abuja, RSTV and GHOne reaching a cumulative average viewership of 2.2million people every week.

Related Topics:Ubi Franklin
Up Next