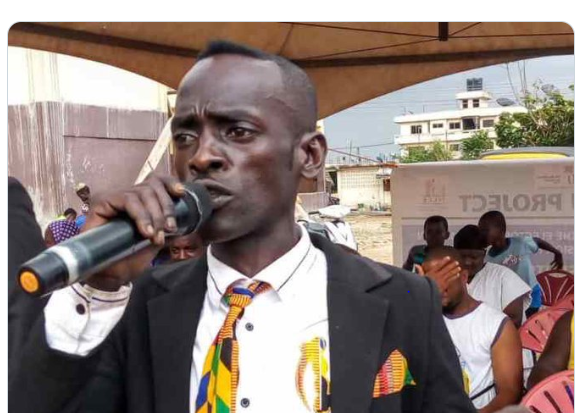 Hon. Aponkye became an internet sensation after his gargantuan promises he made to the people of his area during an interview with Nana Aba Anamoah on GHOne hit social media.

Apparently, Aponkye only won in his strong hold at one area and instantly he jumped onto a motorbike and started celebrating which sent false signals to several social media users and some bloggers who reported that he has won.

Results from the Adukrom Electoral Area are as follows:

Reacting to news of his defeat, Hon Aponkye spoke to JoyNews and revealed that he is ready to contest the results at the Supreme Court.

Hon. Aponkye is taking the case to Supreme Court 😹😹😹😹😹😹 pic.twitter.com/y0uNVsVmak

Bose Ogulu has told her son Burna Boy to “tone down the madness” as she celebrated his birthday. END_OF_DOCUMENT_TOKEN_TO_BE_REPLACED

The Hewale Lala (Song Of strength) hit maker Perez Musik gets ready to have his first-ever major concert. END_OF_DOCUMENT_TOKEN_TO_BE_REPLACED

Kofi Sonny, CEO of 610Music, a direct representative for Universal Music Group in Africa, unveiled two of his newly signed artistes to the world over the weekend. The event pulled in dignitaries from all over the globe to witness what many have dubbed “the birth of greatness.” END_OF_DOCUMENT_TOKEN_TO_BE_REPLACED