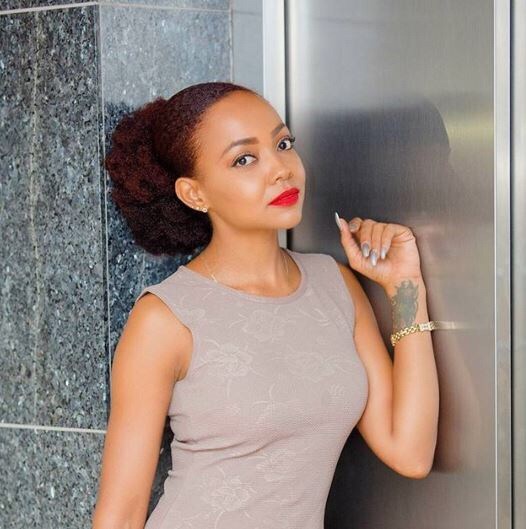 Award winning actress Jasmine Baroudi has disclosed in an interview on the “Delay Show” that is currently taking a break from going to church.

The mother of one stated that even though she is still a Christian and still believes in God, going to church is not something she is doing at the moment. Her reasons, she mentioned, were personal.

“I don’t go to church anymore. It’s been a while. I have some one-on-one sorting out I’m doing. I’m on break from going to church” she stated.

She further explained that her decision to stay out of church temporarily is because she’s doing some spiritual cleansing and looking for some answers.

When asked about her tattoos, she mentioned that it was her decision to have them and that it doesn’t disqualify her as being a Christian.

The actress also mentioned even though she was scared when she found out she was pregnant, the birth of her daughter three years ago has changed her in several ways she couldn’t have imagined.

According to her, she never knew she could show some much love and affection towards another person like she does her daughter.

"Were you there with me when I was selling at Katamanto?"- Fella Makafui quizzes fan

Did you Know Kwaw Kese, A.K.A “Abodam” was once a Meter Reader?

Ghanaian musician and songwriter Kwame Nsiah-Apau, popularly known as Okyeame Kwame, says he has never cheated on his wife since they married 16 years ago. END_OF_DOCUMENT_TOKEN_TO_BE_REPLACED

TV3 and 3FM’s entertainment journalist and television host, Gloria Akpene Acquah, popularly known as MzGee, has quit her job with the Media General after 2 years. END_OF_DOCUMENT_TOKEN_TO_BE_REPLACED

Lynx Music signee, Kuami Eugene has called out social media users who are usually seen jamming to other nationals’ songs on Tiktok to equally do more videos with Ghanaian songs. END_OF_DOCUMENT_TOKEN_TO_BE_REPLACED