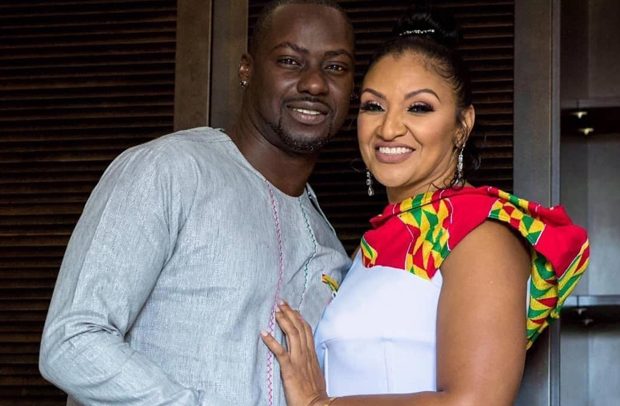 Ghanaian actor, Chris Attoh is finally opening up three years after his second wife, Bettie Jenifer, was shot dead in 2019.

In an interview with Zionfelix, Chris Attoh denied claims that he was a suspect in his wife’s murder.

According to him, per the law, the Police invited the close friends and family of Bettie Jenifer to ask questions which could possibly aid in the investigations.

Chris Attoh stated that if truly he had a hand in anything that happened to his late wife, the law would have dealt with him accordingly.

“I was never a suspect in Bettie’s murder. I would never be, I loved Bettie very much and in cases like this, it is natural for law enforcement to speak to loved ones and close ones but by all means, it should not mean you are labelled the suspect. If I did anything, then I probably won’t be here,” he said.

Among other things, he also chose to not discuss other rumours including the assertion that his late wife had another husband.

Chris Attoh explained that his late wife was an incredible, loving and caring human being, hence he wants to honour her memory and not discuss any controversy that sprung up after her death.

“I loved her deeply and when she passed, it was very traumatic and very hard for me. Out of respect for loved ones and everything that I went through, I have decided not to comment on events that happened then. It is also my way of cherishing the love we shared and celebrating that, it’s in the past now.”

Chris Attoh’s late wife, Bettie Jenifer, was shot dead in May 2019. She was killed by an unidentified male while leaving her office in Maryland in the US, after work.

Ghanaian movie producer, Pascal Aka has revealed how movie awards schemes in Ghana do not take the movie industry seriously compared to their Nigerian counterparts. END_OF_DOCUMENT_TOKEN_TO_BE_REPLACED

Ghanaian actor, Prince David Osei has expressed his concerns about the implementation of tax on mobile electronic transactions (e-levy) and if the government will put the monies into good use. END_OF_DOCUMENT_TOKEN_TO_BE_REPLACED

Ghanaian Lawyer, Sandra Ankobiah is not new to the fine and luxurious life. END_OF_DOCUMENT_TOKEN_TO_BE_REPLACED

General Manager of GhOne TV, Nana Aba Anamoah has cautioned young girls not to fall for the pressures of society and rush into marriages. END_OF_DOCUMENT_TOKEN_TO_BE_REPLACED