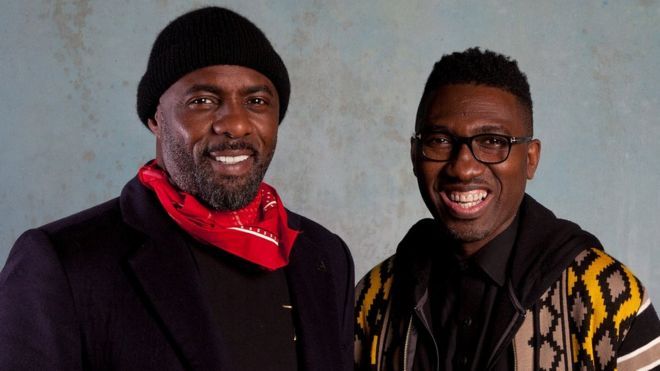 Idris Elba writes stage show about life after Nelson Mandela[/caption] British actor, Idris Elba has co-written a stage show about life in South Africa after Nelson Mandela, which will have its premiere in Manchester next summer. The Luther star has written Tree with Kwame Kwei-Armah, the new artistic director of London’s Young Vic theatre. Elba played the late South African president in the 2013 film Mandela: Long Walk to Freedom. Tree will combine drama with music, dance and film, and will be part of the 2019 Manchester International Festival. However, Elba won’t appear in the show, which is also inspired by the 2014 album Mi Mandela, which saw the actor bring together British and South African musicians. Elba said he and Kwei-Armah had “both experienced personal moments of healing connected with the country and we’re starting to explore that together”. He said: “For me, an interesting part of the process is looking at the next part of the story; the new universe that sprung up after Mandela.” Mr Mandela was president of South Africa from 1994-1999 and died in 2013. The show will run at Upper Campfield Market Hall from 29 June to 10 July before transferring to the Young Vic. Tree is one of the first three productions to be announced from the festival line-up. Mercury Prize-winning rapper Skepta will stage a live show titled Dystopia987, combining live performances by him and other artists with DJ sets along with “a wealth of new technology and a cast inhabiting a hidden netherworld”. The three-night run will take place from 17-19 July in a secret location in the city. A statement said it would be “a waking dream that presents Skepta’s singular vision of the future: deep, dark, radical and riveting”. It is also described as “a journey into eternity – a future riven with uncertainty and fear but rich in wonder and possibility”. The festival will kick off on 4 July with an event created by Yoko Ono in which members of the public will be asked to gather in Cathedral Gardens, where a “people’s orchestra of bells” will send a message of peace. Cathedral Gardens is a stone’s throw from Manchester Arena, where 22 people died in a bomb attack in May 2017. Ono said: “The beauty of this piece will break the sky and more. One of the reasons this is very different is the fact that all of us will be making the sound together. “More than ever, we must come together to heal each other, and the world.”   Source: bbc.com]]>