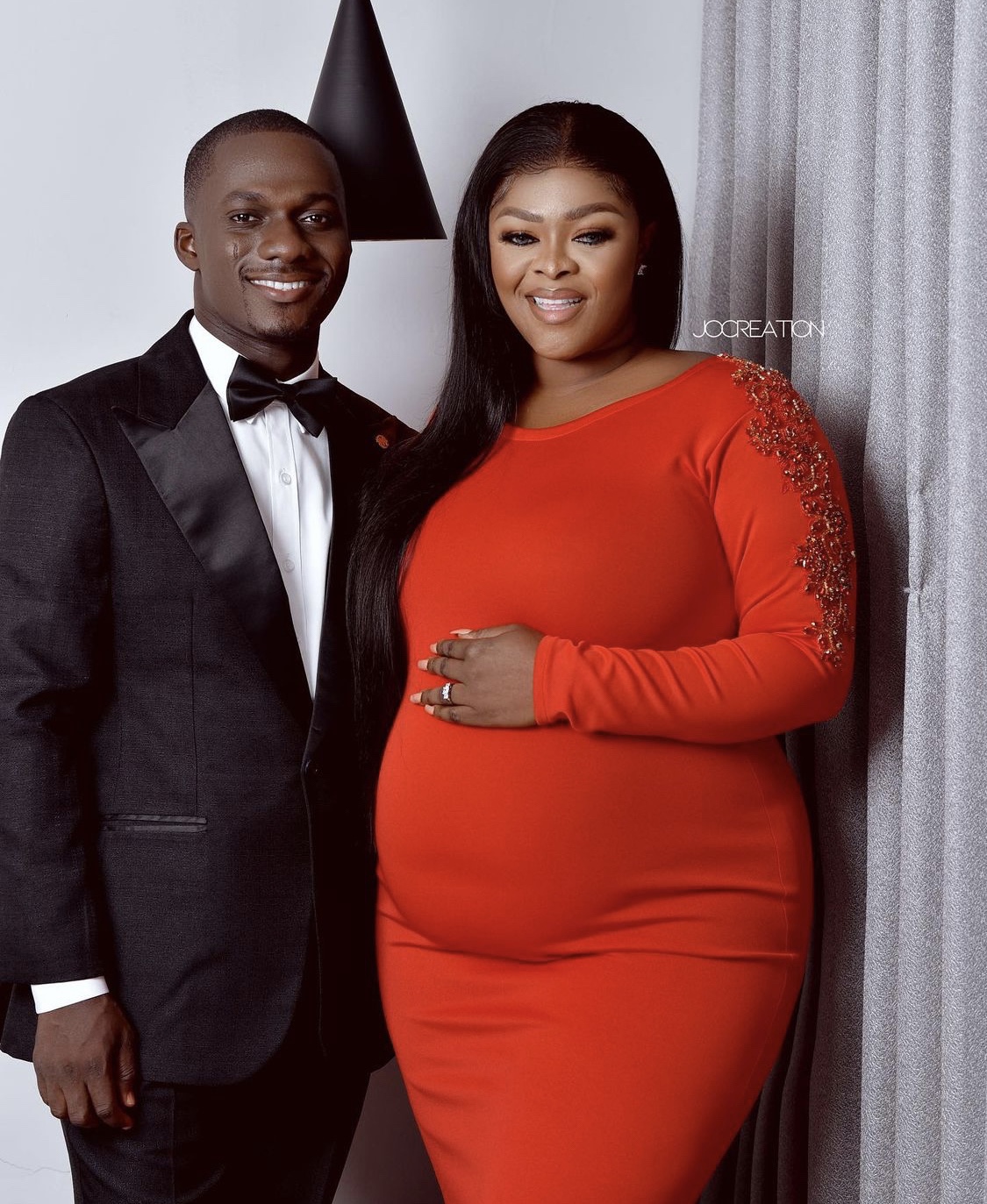 Although reports have been ripe over the past few days about the birth of their daughter, the blogger only officially confirmed it today.

Sharing pregnancy shots of him and his bae on his Instagram, he wrote;

“Yes, 2021 is the best year ever for me. I’m a dad for the very first time and it’s such a great feeling. God through Minalyn, has blessed me with a princess.”

Meanwhile, Zion is also reported to have welcomed a child with his Italian based girlfriend, Erica.

Although Zion hasn’t officially confirmed the news, over the last few months, there have been reports that he was forced to marry Erica because he got her pregnant.

Ghanaian actress, Bisa Gbekle has revealed that it’s not all rosy when going under the knife to get your body enhanced. END_OF_DOCUMENT_TOKEN_TO_BE_REPLACED

Ghanaian actress, Bisa Gbekle became the talk of town over the past few weeks after she flew all the way to Turkey to undergo body enhancing surgery. END_OF_DOCUMENT_TOKEN_TO_BE_REPLACED

Ghanaian actress, Bisa Gbekle became the talk of town over the past few weeks after she flew all the way to Turkey to undergo body enhancing surgery. END_OF_DOCUMENT_TOKEN_TO_BE_REPLACED

Ghanaian actress, Yvonne Nelson, has come to the defence of veteran actor, Psalm Ajetefio (TT), over his “plead for leftovers” scandal that has hit the country over the past couple of days. END_OF_DOCUMENT_TOKEN_TO_BE_REPLACED