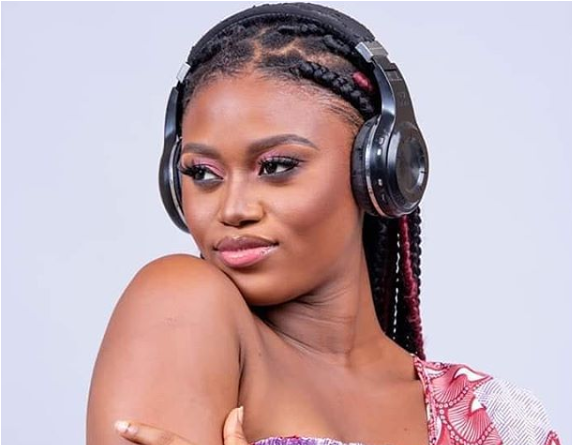 Ghanaian songstress eShun believes it’s best for a showbiz personality to date a colleague in the industry because they will understand each other better.
The talented singer in an interview on Class FM, urged her fellow entertainers to involve themselves with persons who understand the industry when they are looking for a partner.

“I think it’s best because they understand you, if the person is not an industry person, the person should understand how the industry works”. she said on whether or not it is good for an entertainer to date a fellow entertainer.

Addressing her rumoured relationship with singer Bisa Kdei, The ‘Someone loves me’ crooner, debunked the claims.

According to her, the two of them only worked on a song together and kept their working relationship professional.

“It’s not true and he’s not my ex, I haven’t even given him a perk before. We’ve met and we’ve hugged before because I had to greet him, we did a song together, so I have a song with him, but that was it, we just worked together, nothing more…” she stated.

eshun postponed the release of her debut studio album ‘seven’ which was set to have dropped on July 7th.

Chris Fonye popularly known as “Hydraulix Fonye” is a Ghanaian producer, sound engineer, songwriter and singer with a vast experience in the Ghanaian entertainment industry. END_OF_DOCUMENT_TOKEN_TO_BE_REPLACED

Although there may be hundreds of afro-beats artists in the country, Highly Spiritual Music signee, Lasmid believes he is unique. END_OF_DOCUMENT_TOKEN_TO_BE_REPLACED

Highly Spiritual Music signee, Lasmid, has stated that he wasn’t expecting his song “Friday night” to reach such great heights within a short time frame. END_OF_DOCUMENT_TOKEN_TO_BE_REPLACED

The 2023 African Cup of Nations, AFCON initially scheduled for Côte d’Ivoire next June will now be held in January and February 2024 due to the concerns over the rainy season in the country. END_OF_DOCUMENT_TOKEN_TO_BE_REPLACED