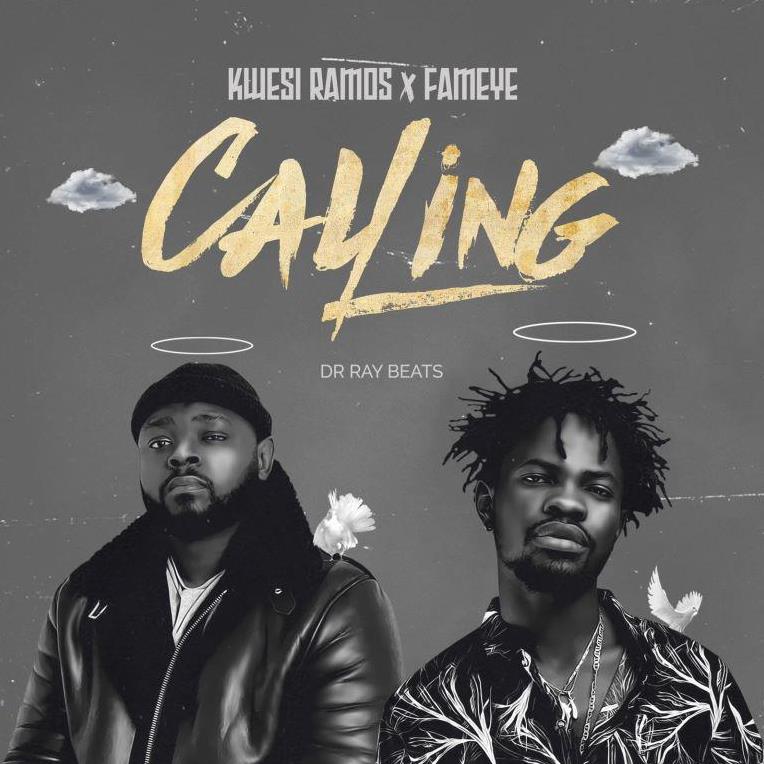 Tassel Records’ UK-based Ghanaian artist, Kwesi Ramos is set to release a new single, ‘Calling’ featuring the ‘Nothing I Get’ hitmaker, Fameye. The song which is slated for a November 15 release will serve as a follow up to singles ‘Enemies’ and ‘Left Right’.

Kwesi made an announcement via his Instagram with the caption, ”JUST BELIEVE IN YOURSELF EVEN WHEN NOBODY DOES. NEW SINGLE FEATURING @fameye_music, produced and mastered by @drraybeat, recorded by @goplaystudiolvp. #CALLING #CALLING #CALLING @tasselrecords #THANK YOU ALL FOR THE SUPPORT #OUTSOON”.

Speaking on his expectations for the song, Kwesi said, ”I believe this song will go really far, in fact it’s one of my best work so far. A lot has changed, I mean from working with Kin Dee two years ago, musically my style and sound has improved a lot”.

”Dr Ray is one of the best producers in Ghana and to get a great song you have to work with the best. Those who walk with the wise become wise too, so it’s only right for me to work with him. Fameye is a very talented artist, his style of music is mind blowing and I chose him because I like how he arranges and delivers his music”, expressed Kwesi when asked why he chose Dr Ray and Fameye for this song.

Kwesi Ramos is an Afrobeat artist who draws his inspiration from Davido, The Beatles as well as Ghana’s very own GRAMMY-nominated reggae artist, Rocky Dawuni. With such many influences, it is hard to put the music created by Kwesi under one solid genre. Kwesi has also collaborated with Ghanaian artists such as Kofi Kinaata, Patapaa, Spooks and more.

As the festive season is fast approaching, Kwesi urges fans to expect a banger for Christmas and beyond.

Related Topics:Kwesi Ramos
Up Next

Ghanaian rapper, Okyeame Kwame has opined that the new crop of rappers in the industry are far “better” than him and others who have been in the game for two decades. END_OF_DOCUMENT_TOKEN_TO_BE_REPLACED

Ghanaian rapper, Sarkodie may be gearing up to speak against the governance of the nation by the ruling New Patriotic Party (NPP). END_OF_DOCUMENT_TOKEN_TO_BE_REPLACED

Ghana’s social media has been buzzing after a video showing a young  Ghanaian in police escort to go and buy a burger went viral! END_OF_DOCUMENT_TOKEN_TO_BE_REPLACED

Broadcast Journalist at Metro TV, Bridget Otoo has come after employers who fail to pay their workers, yet live lavishly. END_OF_DOCUMENT_TOKEN_TO_BE_REPLACED