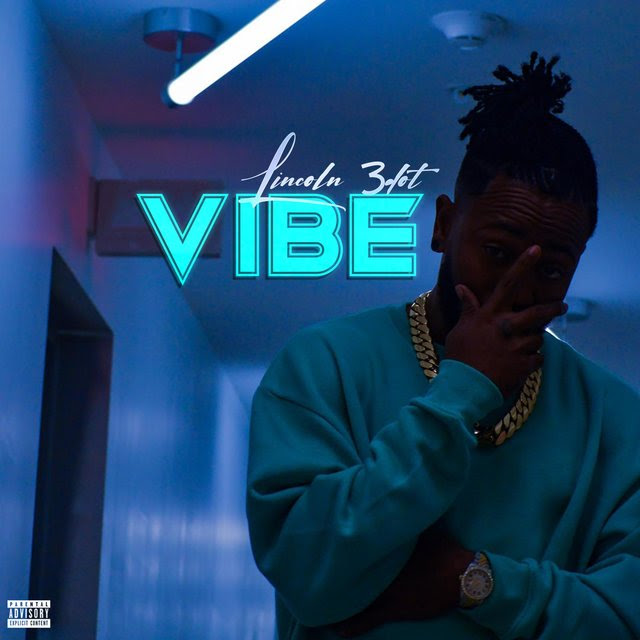 Rising star Lincoln 3Dot has delivered several hot tracks since bursting onto the scene. His latest song, “Vibe,” is a personification of emotion and energy experienced by the listener. The steamy imagery adds flavor to the audio and makes for a fitting accompaniment to the beat. The multi-national talent blends a unique derivative of various genres to combine for his flair, often described as rap with an accent.

The single “Vibe” is a banger with Lincoln 3Dot’s flow over synthesized guitars, giving way to an R&B influence. He was heavily influenced by his Jamaican heritage by way of dancehall and his time spent in New York and the hip-hop scene. The uniqueness of his sound comes from the fusion of these elements. He teamed up with Izy Beats, most widely recognized as the producer of break-out artist Koffee’s hit song “Toast.” The sensual side of the project comes through with provocative lyrics alluding to the connection between romantic partners.

The video, directed by Chris Moreno, showcases some of the finer things in life while paying tribute to the journey along the way. It depicts a couple and their struggle to come up and the pure bliss of living in the lap of luxury. Loyalty and sticking together through the good times and the bad prevails as a theme. The lovers in the video indulge in their score and each other’s company. Lincoln 3Dot plays the role of both a sex symbol and a man about town.

Since his professional debut, Lincoln 3Dot has been turning heads. Most notably, the songs “Powaful” and Storytime” from the album Powaful helped put him on the map, as did “African Vibe” back in 2018 and most recently the hit “Check” in 2020. He is currently in the studio working on a catalog of singles with Izy Beats and producer Trackstarr. His subsequent single dropping with dancehall artist Ding Dong is scheduled for a summer release. Much like “Vibe,” it’s set to be a certified club banger.