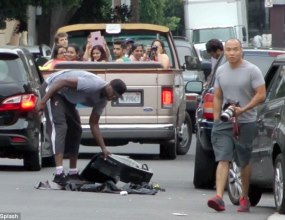 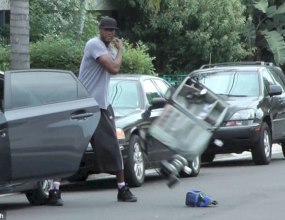 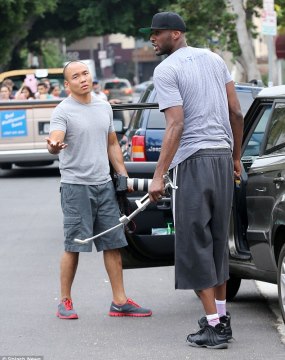 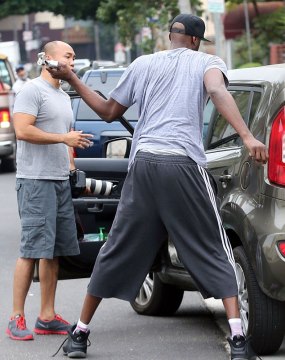 Lamar Odom turned on paparazzi yesterday in Los Angeles amid reports he cheated on his wife Khloe Kardashian with a woman named Jennifer Richardson. In the video posted online, Lamar is seen throwing items out a paparazzo’s car and smashing his camera equipment on the ground. Lamar’s outburst comes just as his alleged mistress is threatening to publish proof of their affair. Continue… According to Star magazine…

Following the bombshell report on Lamar Odom‘s secret affair, now comes more news that could break Khloe Kardashian‘s heart: According to Star magazine, his alleged mistress Jennifer Richardson has a treasure trove of mementos proving she and Lamar had a relationship for several months.

Jennifer collected plane tickets, invoices and game tickets that a pal claims are from her time on the road with Lamar, which lasted from December 12, 2012 until February 12, 2013. As Lamar played for the L.A. Clippers, proud Jennifer was allegedly in the stands watching.

“He flew her first class every time,” her friend told Star.

And he also allegedly put her up in five-star hotels, using his friend, Anthony McNair, as a cover. Among the items pictured in Star is a check-in envelope with Anthony’s name on it.

Together, the items are evidence that Jennifer was much more than just a booty call, her friend insists.

“Between games, she would just go home and repack for her next trip with Lamar,” the friend explains. “She didn’t do this for fame. She did this because they had a connection. They shared all their secrets with each other. Lamar fell for her, and she fell for him.

Here We Go: Rihanna back to dating Drake?

Amber Rose and Wiz Khalifa confirm they are married on twitter

END_OF_DOCUMENT_TOKEN_TO_BE_REPLACED

According to several confirmed reports, Love And Hip Hop: Atlanta regular Mo Fayne was sentenced to 17 years behind bars for his role in a PPP fraud case. END_OF_DOCUMENT_TOKEN_TO_BE_REPLACED

END_OF_DOCUMENT_TOKEN_TO_BE_REPLACED

The MTV VMAs are back in Brooklyn. After the 2020 show didn’t feature any in-person performances, the red carpet has returned. END_OF_DOCUMENT_TOKEN_TO_BE_REPLACED

Attention-hungry rapper-reggaeton star Dan Sur has adopted an extreme look that is sure to fill even the most diehard hip-hop fans with dread. END_OF_DOCUMENT_TOKEN_TO_BE_REPLACED