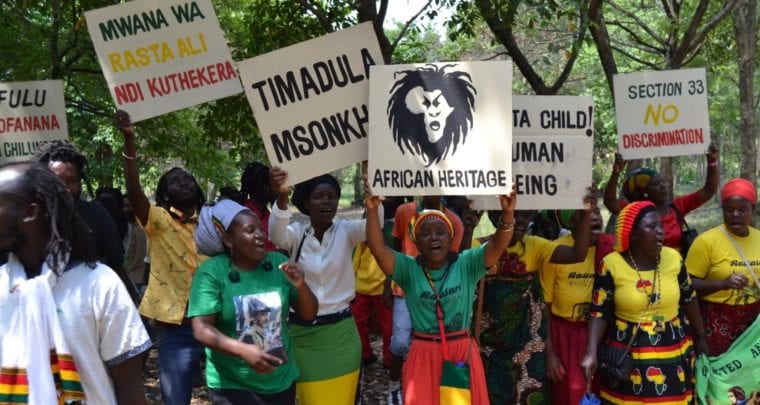 A Malawian High Court ordered the Government to ensure that children with dreadlocks are allowed access to public schools.

““Ensure that the applicant is fully supported and not subjected to any hardships due to the injunction, otherwise the court shall hold the school authorities in contempt,” Malawi24 quoted the court order.

According to local media, the order was issued following an application by a pupil who had been enrolled at Blantyre Girls Primary School but was kicked out because of the hair.

The judge sitting at the court in Zomba said the dreadlocks are part of the Rastafarian religion which should not be discriminated against.

The child’s class teacher was also ordered to offer makeup classes to cater for sessions missed.

In 2014,  a Kenyan mother dragged a school to court after her 9-year-old son was forced out because of his dreadlocks.

According to her, the parents’ orientation guide for Rusinga School Limited made no provision that bars dreadlocks.

Hairstyles should be selected with good judgment so as to avoid drawing attention to oneself.’’

She further intimated that the child’s father is of Jamaican decent and his hair is part of the culture that her son sought to participate in.

“The school is trying to suspend my son for a rule that is not outlined in any of the school’s guidelines provided to the parents or communicated to them,” she argued.

A month later, she and her son were dealt a blow after the court ruled against her.

According to the Standard newspaper, the court said the school could not be compelled to take in a pupil who had dreadlocks for cosmetic purposes, which is against the school regulations.

In her ruling, High Court Judge Mumbi Ngugi said the boy’s mother had not convinced the court why he should maintain his hairdo.

The Judge further noted that the mother consented to the school’s rules and regulations and even appended her signature to them before her son joined the private school.

However, in September 2019, another school in Nairobi was ordered not to expel students who keep dreadlocks.

The father of a girl who was sent away from Olympic High School soon after being admitted in Form One sought the court’s intervention saying it was their religion and she should not be discriminated against.

Justice Enoch Chacha Mwita ruled that the school denied the girl her right to religion and education.

“This is the first ever case in this country where a child dons rasta braids because of her religious beliefs, Rastafarianism is a religion which should also be accorded protection,” Justice Mwita said as quoted by Daily Nation.

Continue Reading
Advertisement
You may also like...
Related Topics:Malawi