El Chairmano with the bucks!

Rapper Medikal has once again got the internet talking after splashing over $60,000 on a necklace.

The ‘La hustle’ hitmaker who’s known for spending big on jewelry recently purchased a Miami Cuban Necklace 14k 39.51ctw worth $61,135  from Icebox a world-renowned jewelry company based in Atlanta.

In a post on his Snapchat, the rapper revealed he’s patiently waiting for the chain to arrive after the company(Icebox) confirmed his order. 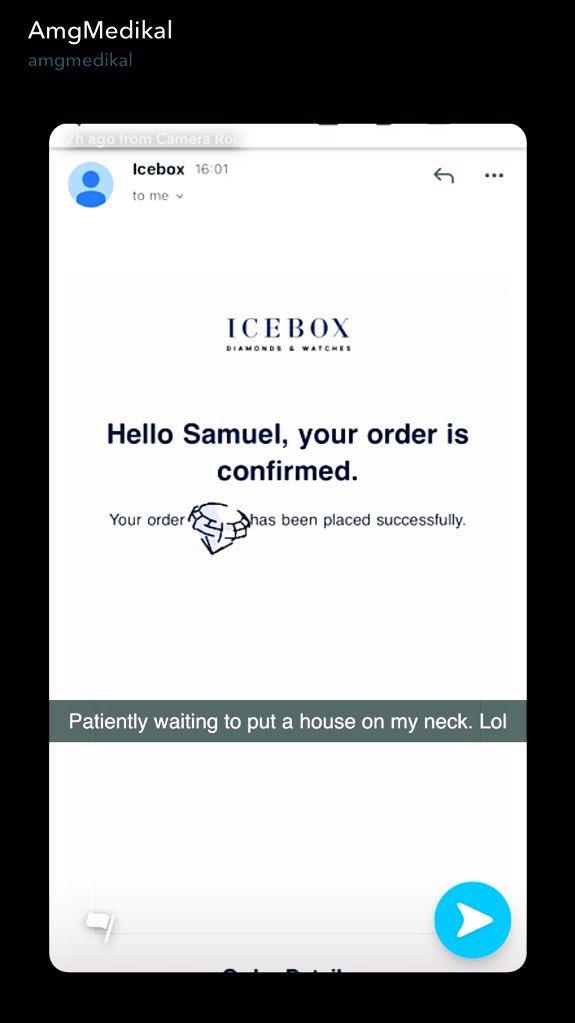 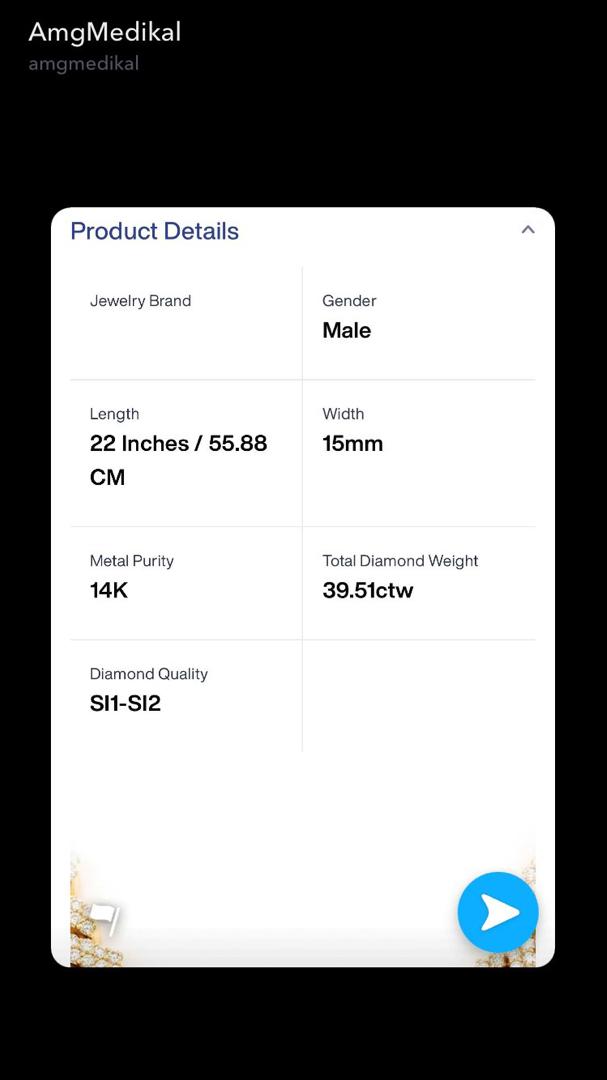 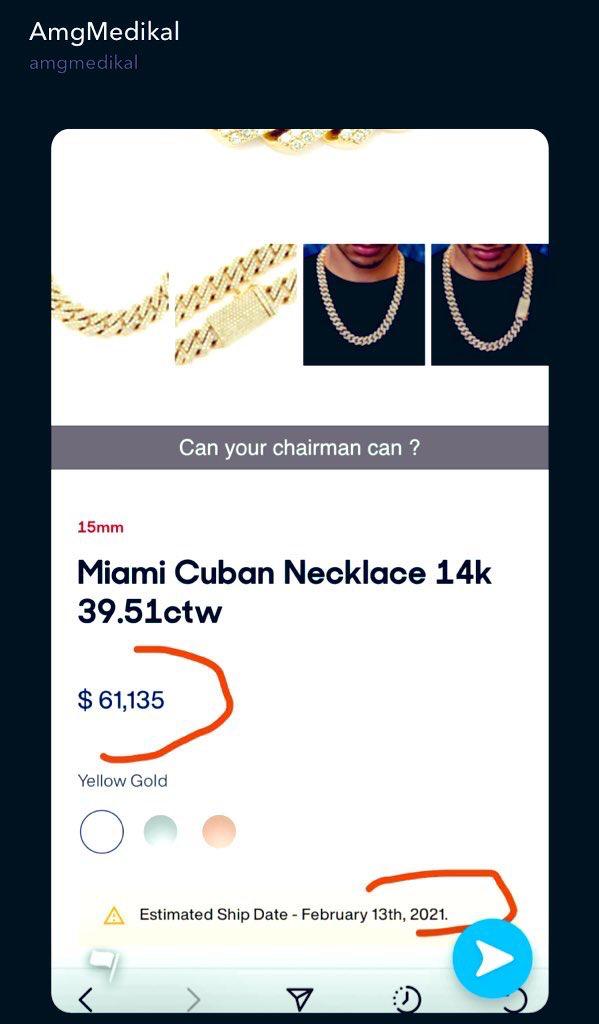 Ghanaians have since taken to social media to react to Medikal’s big spendings.

check out some of their tweets below.

The Cuban chain Medikal ordered eno be some this pic.twitter.com/yfYStoQSIL

Medikal fans should rest!!…You know how much all these cost?🔥 pic.twitter.com/3uWCZSPT6W

Medikal can wear his 3.5 billion necklace but would never know and understand drip than a 36 year old Sarkodie.

Invest in your wives/girlfriends- Medikal advises

Ghanaian Reggae/Dancehall artist, Stonebwoy has shared his thoughts on Meek Mill filming at the Jubilee House for a music video which went viral recently. END_OF_DOCUMENT_TOKEN_TO_BE_REPLACED

Ghanaian Reggae/Dancehall artist, Stonebwoy has explained why he thinks Nigerian artists are taking the lead in the African music industry. END_OF_DOCUMENT_TOKEN_TO_BE_REPLACED

Ghanaian highlife legend, Kwabena Kwabena has disclosed the reason why he has been single for some time. END_OF_DOCUMENT_TOKEN_TO_BE_REPLACED

Ghanaian reggae-dancehall singer and broadcaster, Blakk Rasta has blamed the late Bob Marley’s family for putting on a rapper like Sarkodie on the “Stir It Up” remake. END_OF_DOCUMENT_TOKEN_TO_BE_REPLACED