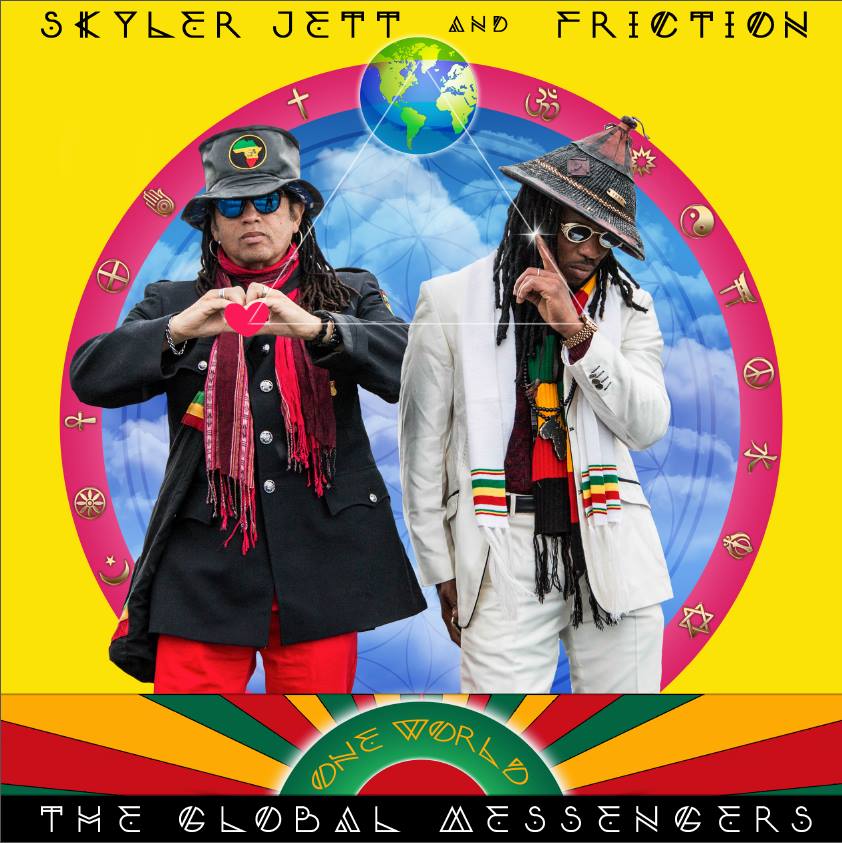 ‘One World’ is an uplifting reggae song with a global groove, and calls for more love, peace and unity. For The Global Messengers, it is not just about the song itself. They want to use it as an anthem for a big movement against racism, and to spread more positivity, and they hope people all over the world will use the song as a tool for that as well.

Friction and Skyler Jett met a couple of years ago in Amsterdam, Holland, and loved each other’s vibe and musical style. They decided to collaborate, and called themselves ‘The Global Messengers’, and soon after that ‘One World’ was created.

Calling themselves ‘The Global Messengers’ was a logic choice for the two artists. Both of them have been active in the global music industry for a long time and have an impressive resumé to their name. Skyler is a grammy award winning sing and producer who was born and raised in America, and is now based in England. After Lionel Richie left The Commodores, Skyler replaced him as a leadsinger, and besides this impressive fact, he was also the backing vocalist of Celine Dion’s Titanic hitsong ‘My heart must go on’ and has been singing and recording with many other worldclass artists. Friction is the founder and former frontman of one of Ghana’s most famous music groups, VIP, and is now based in Holland, touring the world from there. His singles are being played worldwide; from MTV Base to BBC Radio.

Friction and Skyler did not just come together for this one song. As ‘The Global Messengers’ they have more things planned; a new single is already in the making, and their band is on stand-by, ready to back them when they start their international tour later this year. All to spread their global message of love and unity into the world.

Related Topics:Skyler Jett
Up Next