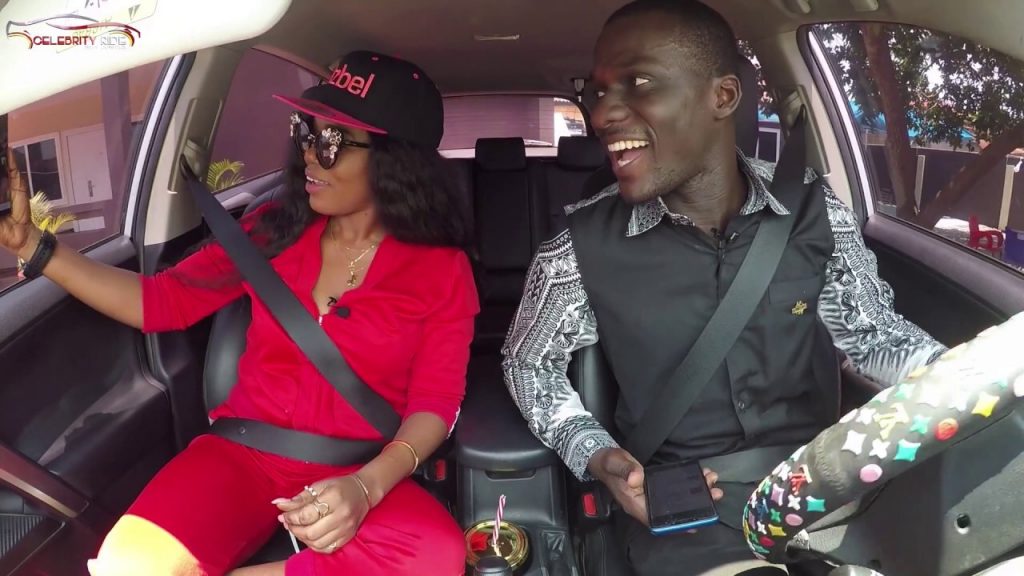 Mzbel is the latest Ghanaian celebrity who has found her way to Anointed Palace Chapel headed by Prophet Asanteman Bofuor better known as Reverend Obofour.

The songstress made this revelation on Celebrity Ride With Zionfelix show when she appeared on it for the second time. Mzbel on the program revealed that she performed her hit song, 16 years at the Anointed Palace Chapel when she visited the pastor some days ago.

The queen of controversy told Zionfelix, the show host that she was surprised when she was given the microphone to perform the song because she never thought that would happen at a church auditorium. The outspoken songstress also revealed that she stopped the bandsmen when they started playing the instruments to support her performance because she felt uncomfortable singing a secular song at church.

On why she went to see Rev. Obofour, Mzbel disclosed that she received an information that the man of God wanted to see her but she initially ignored it because it was not a serious matter to her at the time she was told. The award-winning musician continued that she decided to visit him when she was in Kumasi for a charity program.

To Mzbel, she thought Rev. Obofour would finish the church service and meet her at his office only for her to arrive at APC and be handed the microphone to perform “16 Years”.

Watch Mzbel on Celebrity Ride With Zionfelix show talking about her journey to Rev. Obofour’s church.