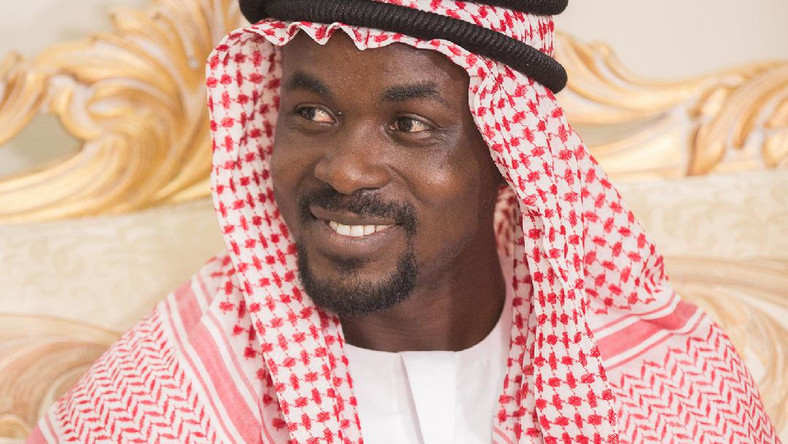 Social media has been in a Frenzy since last night after news broke out that the man behind the Kofi Annan Global Leadership Awards is a scam.

Dr. Fordjour as he’s popularly called dished out awards purported to be under the auspices of the United Nations in collaboration with the Kofi Annan Foundation to several known faces in the media and government, including Sarkodie, Berla Mundi, D Black and a host of others.

Many social media users have since compared Dr Fordjour’s “scam” to that of the Menzgold saga which happened in 2018.

According to NAM 1, Dr Fordjour’s saga is none of his business.

“How is some fella’s awards whatever my business??? This reflex show of baloney intoxication deficiency is clearly a worse form of Covid-19. Hope y’all find a cure soon,” he wrote in a tweet.

Related Topics:Nana Appiah Mensah
Up Next

Watch: It would take $1 Billion for me to leave Lynx Entertainment- Kuami Eugene

A Davido, Kelvyn Boy collabo could be on the way. END_OF_DOCUMENT_TOKEN_TO_BE_REPLACED

Eyinatayo Iluyomade, a 19-year-old Lagos-based comedian, has been arrested and charged to court for saying an expensive joke. END_OF_DOCUMENT_TOKEN_TO_BE_REPLACED

Despite the public not being privy to the romantic life of Ghanaian actress Salma Mumin, she has revealed her heart has been broken several times. END_OF_DOCUMENT_TOKEN_TO_BE_REPLACED

The Lioness of Africa, Wiyaala and the King of African Dancehall, Shatta Wale on Saturday, August 13, 2022, rocked the Summer Stage in New York City. END_OF_DOCUMENT_TOKEN_TO_BE_REPLACED

Legendary Ghanaian rapper, Tinny has descended heavily on Stonebwoy and Mercury Quaye over some comments they had made on radio concerning the confiscation of his car. END_OF_DOCUMENT_TOKEN_TO_BE_REPLACED