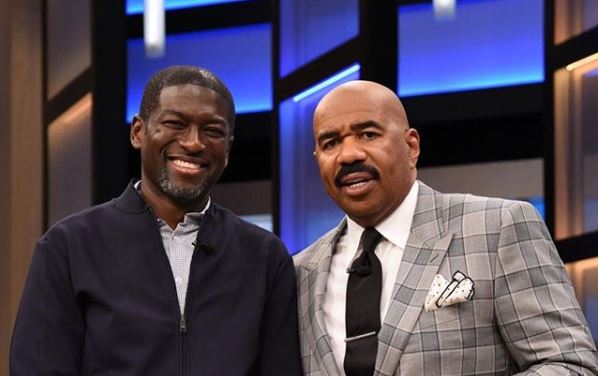 CEO Springfield Group, Kevin Okyere has added up to the number of Ghanaians who have appeared on the Steve Harvey Show.

Mr Okyere was on the show to talk about his philanthropic works. A few weeks ago on the Steve Harvey Show, Steve introduced his friend Kevin as the owner of a cluster of energy companies that participate across the entire chain of oil and gas industry in Africa. He added that Kevin’s company was touched to donate $10,000 to World Vision’s efforts in providing clean water in Kenya.

Some six months ago, Steve Harvey met 9-year-old Addyson, who runs marathons to raise money for clean water in Kenya. Steve surprised her with a trip to visit her friend Maurine in Kenya. The Springfield Group made the $10,000 donation to support Addyson’s mission.

Kevin Okyere is not just a wealthy oil and gas mogul, he also a well-known philanthropist who has been doing his best to grow communities.

Besides making donations to help World Vision provide potable water to communities in Kenya, Kevin is also adopting schoolchildren and giving them books, bags and uniforms.

From being homeless to becoming a viral sensation… Kwame Sarfo

Kevin also announced that this year, he will be giving 10,000 deprived kids shoes to wear for school.

Watch his interview with Steve Harvey below: