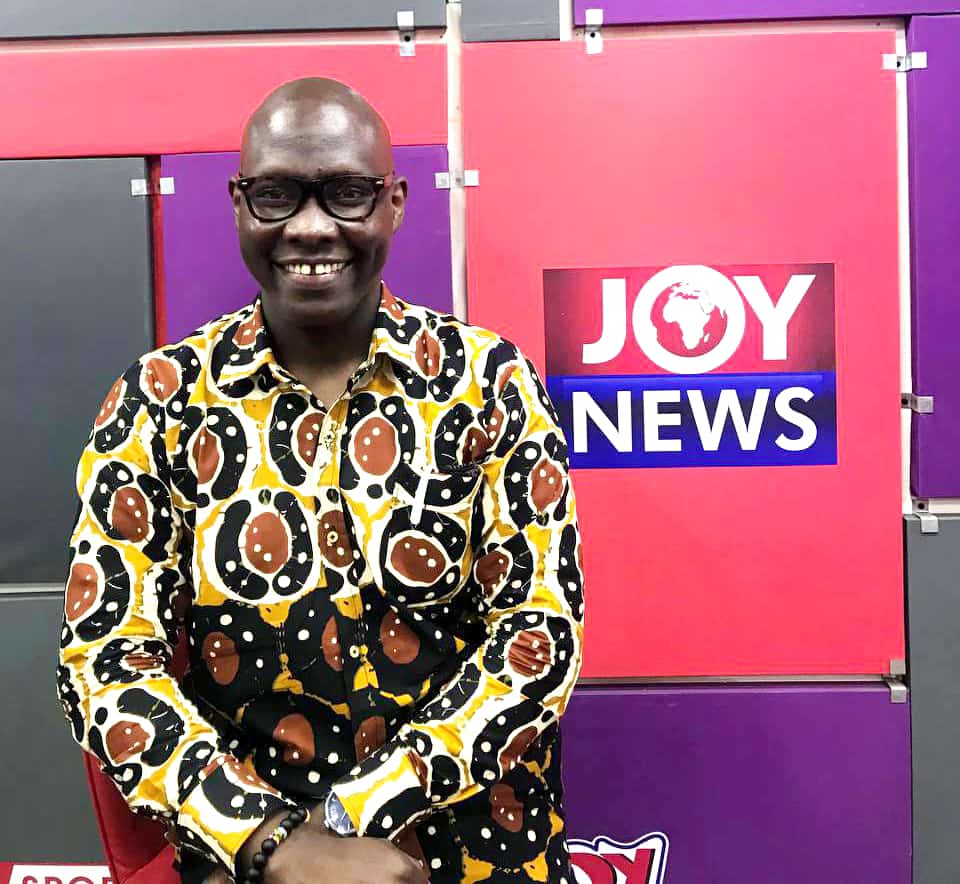 A former host of TV Africa’s Breakfastlive morning show, Paa Kwesi Schandorf has pitched camps with Ghanaian media giants, the Multimedia Group Limited, after over a year with TV Africa.

Schandorf, who was an editor and a leading face of TV Africa’s prime time evening bulletin, News Hour, announced his departure from TV Africa in a Facebook post on Tuesday, 14th September, 2021, which kept many wondering about his next move.

But at the start of his birth month in October, the former Head Boys’ Prefect of Labone Senior High School has confirmed his new role as a journalist with the Multimedia Group; the company reputed to be biggest media conglomerate in Ghana.

In a Facebook post monitored by ameyawdebrah.com, the 2019 NUGS Student Writer of the Year, Paa Kwesi Schandorf, expressed his happiness about his new role at Multimedia, and pledged his commitment to executing his responsibilities to the best of his abilities.

After taking over the media review segment of the Breakfastlive morning show on TV Africa, Schandorf drew a lot of eyeballs to the station with his strong command over the English language and his concrete line of questioning.

He also built a reasonable following on social media with his funny and controversial posts and pictures on his Facebook wall; making him an intellectual but interesting character to follow.

Schandorf’s move to JoyNews has also been greeted with a lot of excitement from his colleagues and mates from Labone Senior High School and the University of Ghana respectively.

After graduating as the Overall Best Business Student in Labone and the Overall Best Graduating BECE student at Great Lamptey-Mills, some of his old time classmates and teachers have also reached out to him with their best wishes.

Working at multimedia, Schandorf is expected to bring his amazing writing skills to bare on the myjoyonline news portal, in addition to other responsibilities on TV and radio.

Ghanaian actress, Bisa Gbekle has revealed that it’s not all rosy when going under the knife to get your body enhanced. END_OF_DOCUMENT_TOKEN_TO_BE_REPLACED

Ghanaian actress, Bisa Gbekle became the talk of town over the past few weeks after she flew all the way to Turkey to undergo body enhancing surgery. END_OF_DOCUMENT_TOKEN_TO_BE_REPLACED

Ghanaian actress, Bisa Gbekle became the talk of town over the past few weeks after she flew all the way to Turkey to undergo body enhancing surgery. END_OF_DOCUMENT_TOKEN_TO_BE_REPLACED

Ghanaian actress, Yvonne Nelson, has come to the defence of veteran actor, Psalm Ajetefio (TT), over his “plead for leftovers” scandal that has hit the country over the past couple of days. END_OF_DOCUMENT_TOKEN_TO_BE_REPLACED

Despite public opinion that actress Yvonne Nelson has gone silent on the current ruling party, the New Patriotic Party (NPP), she begs to differ. END_OF_DOCUMENT_TOKEN_TO_BE_REPLACED